WHERE TO STAY IN MEXICO CITY 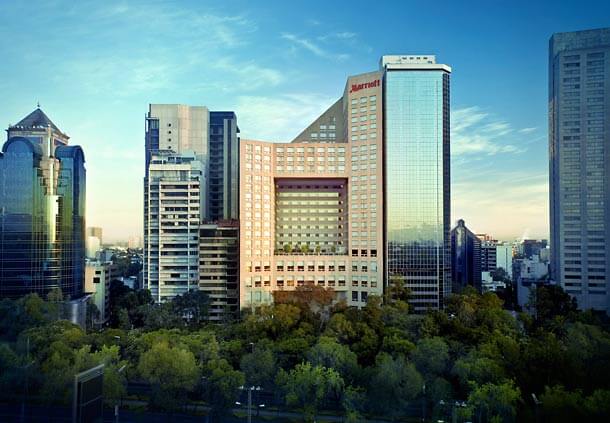 What is the best area to stay in Mexico City?

Mexico City is simply out-of-this-world and is one of the greatest cities on earth, which has thousands of years of culture. It is one of the largest cities in the world and has around 24 million inhabitants, which are separated into 16 boroughs that make up 300 neighbourhoods. This huge and sprawling capital has a mix of everything packed into its territory, which is made up of world-class historic buildings from as early as the Aztec era, as well as museums, restaurants, hotels, cafes, bars and performing arts.

Without a shadow of a doubt, Reforma is the place to stay during a trip to Mexico City! This beautiful boulevard (known as Paseo de La Reforma) stretches almost 15 kilometres and simply has everything a traveller could wish for! With a plethora of hotels ranging from budget to luxury, there is never a shortage of accommodation options here. It is also right in the heart of Mexico City’s social scene- with numerous cafés, restaurants and nightclubs to choose from.

Reforma is also extremely important in Mexico’s history and is lined with world-class monuments such as the ‘Angel de Independencia’.

On the map, which shows the most convenient area to stay in Mexico DF, you can see a selection of some of the best located hotels.

Reforma, the best area to stay in Mexico City Staying in Reforma is a very convenient option that will definitely help you to get the most out of your trip to Mexico City.

Commuting in this huge city can be a pain, but by staying in Reforma you are closest to the best public transport options of the city- the metro, the metrobus and even local buses.

Indeed, the line 1 metro runs right along Reforma all the way to Zócalo (the heart of the historic centre). It also stops at the wonderful Chapultepec Park and close to the thriving Zona Rosa.

For safety, Reforma is also one of the top options in the whole of the city. Most of Mexico City’s rough areas are on the outskirts of town, well away from Reforma. You are right at the heart of the tourist scene here, so the Mexican government and police make sure to keep it extra safe.

Other areas to stay in Mexico City Staying right in the historic centre of Mexico City is perfect for the history buff! There are more museums, churches and art galleries than you could imagine. It is of course the heart of the city’s tourist scene.

The Historic Centre stretches right from the stunning Zócalo (also known as Plaza de la Constitución) all the way along the bustling shopping street of Calle Madero and down to the Alameda Central Park.

Most of the hotels are concentrated around Zócalo. This magnificent square was once the centre of the Aztec Empire- known as Tenochtitlán. Nowadays, it is surrounded by the city’s stunning cathedral as well as the National Palace.

Staying around this area gives you access to most of the city’s best attractions, restaurants and designer stores. The Historic Centre is also a safe option. Just avoid the area near Plaza Garibaldi at night (further behind the cathedral) as well as the Tepito neighbourhood. Polanco is well known for being the wealthiest neighbourhood in the city and was home to many famous scientists, writers and philosophers, with many streets named after them. This part of the city has many luxury and top quality hotels to stay in and all offer outstanding views of the park and surroundings.

The majority of the restaurants that line the streets in Polanco are internationally recognised as some of the best in the world, with ‘Izote’, ‘Anatol’ and ‘Aguila y Sol’ being the most famous of the lot and all dedicated to showcasing their Mexican roots.

Another reason for Polanco being so famous is its upscale shopping centres and streets like Presidente Masaryk Avenue, which has been nicknamed the Mexican ‘Champs-Elysees’. This street is one of the trendiest in town and many popular designer brands can be found here, including the likes of Gucci, Chanel, Armani, Zara and many others. The district is very diverse as you can go from being in the heights of city life one minute to enjoying the chilled, elegant and peaceful parks of Lincoln, Uruguay and Chapultepec the next.

Other cultural things in the area to see are the Museum of Natural History, the famous artworks of David Alfaro Siquerios and the National Anthropology Museum, which is one of the most visited and highly praised museums in the city with 10 buildings on Mexican history and culture. Zona Rosa is one of the main touristic areas in Mexico City, with the main street of Paseo de la Reforma at the heart of it. This is one of the most celebrated entertainment and business boroughs in the city and is the best for nightlife.

Bars, clubs and restaurants are dotted all along the street and the area boasts a popular gay scene with some of the biggest dance floors in the city. Most bars offer live music and cocktails are the drink of choice, with restaurants cooking up some of the finest dishes in the area and range from Mexican food to Asian.

Zona Rosa has some wonderful antique shops as well as shopping centres and markets, where you will be able to buy almost anything. Some of the most desirable hotels are located in this part of the city, many of which have spectacular views and also offer great facilities like gyms and swimming pools.  A short walk on will bring you to the historic centre of Zocalo Square and many of the surrounding buildings date back to the 16th century like the National Palace, The Metropolitan Cathedral, Templo Mayor, Santa Teresa and many more Condesa, the most relaxed of the districts mentioned, is located south west of the city centre but still within walking distance. The area has had its ups and downs (it´s certainly on the up these days) and is becoming increasingly popular with musicians, artists and other creative people, all contributing to its chilled and hippy atmosphere.

There are many amazing themed restaurants, sidewalk cafes and pretty bars surrounding the Parque México. This park marks the centre of Condesa and has various statues and monuments to visit, as well as clothing and craft markets in the week in addition to hosting many live concerts and festivals throughout the year.

There is a good range of shops selling antiques, books, jewellery and clothing and the OMR gallery offers different exhibitions throughout the year. Condesa has a brilliant selection of hotels, which guarantee a great night’s sleep thanks to the peaceful surroundings, which is something not all parts of the city can promise. Colonia Juárez is located within the Cuauhtémoc borough of the city and is another ideal logistical option for your trip to Mexico City.

This underrated but upcoming neighbourhood is conveniently just south of Paseo de la Reforma and just north of Chapultepec. It was once the affluent centre of the city and its French-inspired expansive architecture is still very prevalent.

Named after legendary 19th century Mexican president Benito Juárez, Colonia Juárez is most famous for its buzzing ‘Zona Rosa’. However, you don’t just have to go to Zona Rosa for the social scene- Juárez as a whole has plenty of great restaurants and bars to choose from.

Juárez is also ideal for the cultured traveller. It is home to a number of art museums as well as the fantastic Teatro Milano. In terms of accommodation, you can find many reasonably-priced hotels here, within walking distance of the neighbourhood’s main attractions. As well as Juaréz, the entire of the Cuauhtémoc borough is a great accommodation option. Named after the legendary Aztec ruler, Cuauhtémoc is one of Mexico City’s 16 alcaldias (municipalities).

Cuauhtémoc is another incredible logistical option in Mexico City and is connected with the Line 1 metro. The borough is located just to the north of Reforma and at the heart of the historic centre’s main attractions. This gives it a real safe and communal feel.

Famous for its skyscrapers such as the Torre Mayor and Torré HSCB, Cuauhtémoc really does have a commercial, business-like feel.However, it is still ideal for tourists, and boasts a range international restaurants as well as local street vendors which give you a real cultural blend.

Again, there are a wide range of accommodation options in Cuautétmoc, ranging from budget to luxury. Many come with brilliant view of the city thanks to the great location. For an alternative and more luxury place to stay outside of the busy city centre, look no further than Santa Fe. This affluent area is one of Mexico City’s most prominent business districts and is home to many top restaurants and bars.

Located in the borough of Cuajimalpa de Morelos, Santa Fe is a very safe area full of students and international workers. Whilst not suitable for budget travellers, there are a range of designer hotels to choose from.

As well as its beautiful Parque La Mexicana, Santa Fe is most famous for its gigantic shopping mall (Centro Comercial Santa Fe). This is actually the largest shopping mall in Latin America!

Santa Fe is a little far from the Historic Centre, but it is reachable by public transport. The best bet is to take a bus to Metro Tacubaya and then the Line 1 metro into the centre. Part of the Cuauhtémoc borough, the Roma district of Mexico City is undoubtedly the most popular. Not only is this a safe and thriving tourist hub, but many locals flock here at the weekend to eat at the world-class restaurants and cafés that make Roma so special. The district is also famous for its lively Mercado Roma and its numerous art galleries.

Both parts have plenty of hotels ranging from budget to luxury and are particularly suitable to energetic travellers keen to immerse themselves in the local culture.

Roma is also ideally located close to the Historic Centre and well-connected to public transport. From Roma Norte, you can walk to the metro stop ‘Insurgentes’ where you can take the Line 1 Metro.