WHERE TO STAY IN BROOKLYN 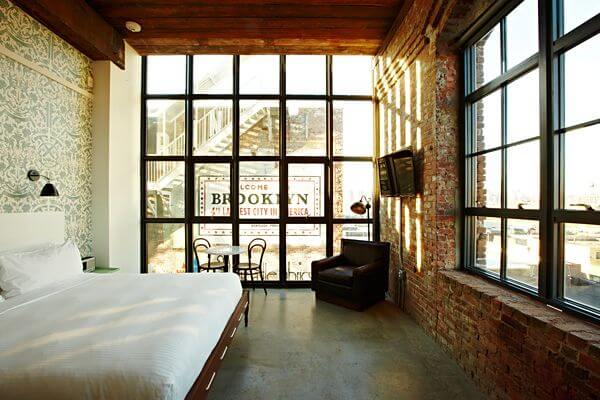 What is the best area to stay in Brooklyn?

Brooklyn is one of five boroughs in New York, though has the appearance and feel of its own city as it is separated from the rest of New York City. One of the major beauties of Brooklyn is the amount of different cultures that have come together and have made this place their home and therefore the architecture is particularly diverse as are the cuisines and drinks. There are various historic buildings, museums, gardens, shopping and lots of entertainment going on including theatres, professional sport teams, concerts and cinemas. The people are exceptionally proud of their area, which is one of the cleanest cities in the country.

The best areas to stay in Brooklyn are the Downtown part and Williamsburg, which are the closest areas to Manhattan. The Downtown area is the main tourist district and is home to some of the most iconic sights, fascinating museums and is very famous for its shopping opportunities. Williamsburg is known to be the opposite of the Downtown part and has a wide artistic following with many hidden gems that includes a variety of cultures. Both areas have excellent nightlife’s with lots of restaurants, pubs, bars, clubs and hotels to pick from.

Downtown and Williamsburg, the best areas to stay in Brooklyn 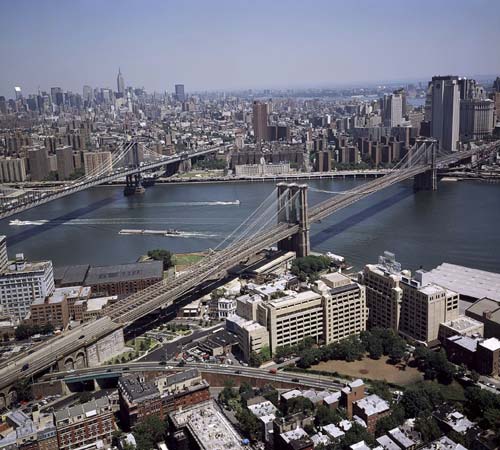 The downtown area of Brooklyn provides a very famous and picturesque skyline with many high-rise buildings that dominate the scene, which have been used in films the world over. The area is one of the safest neighbourhoods in the city and as it is the main tourist district, this part is very well connected to other bits of Brooklyn as well as Manhattan and this is why many people choose to pick this place to stay in.

Downtown Brooklyn has a number of things to see and do with one of the most famous structures in the city being located here, which is Brooklyn Bridge. The suspension bridge connects Manhattan and Brooklyn, which is just under 1,600 feet long and was completed in the late 19th century, making it one of the oldest bridges in the country. The local people are incredibly proud of the landmark and the structure even has the words “Structure of beauty” written over it.

To find out more history about the borough, head to the Brooklyn Historical Society as it houses many bits of information displaying Brooklyn’s past. Another fun and interesting museum is the New York Transit Museum, which consists of two underground levels that host different exhibitions about how the subway was constructed, surface transportation and retired subway cars that are dated back to the very early 20th century.

There are many entertainment venues in the borough and the most famous of these is the Brooklyn Academy of Music, which hosts a variety of performances. Bargemusic is a barge that is moored under the bridge and there is usually live music, which goes down well with the drinks and food that is on hand. Head to Fulton Street and Flatbush Avenue for shopping, as there are department stores, electronic shops, fashion stores and many other types of shops to explore.

The same streets are also home to restaurants, pubs, clubs and hotels with a great range in each of them and are mostly reasonably priced. You will certainly find something that appeals to you here but if you fancy being close the docks or bridge, then there are places that overlook these too. 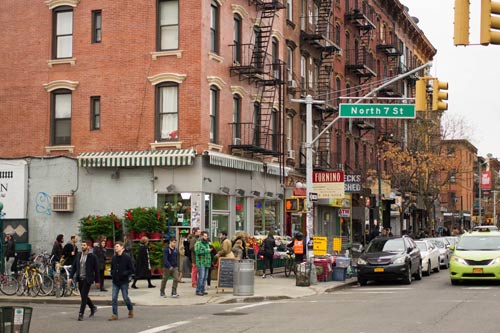 Like the downtown area, Williamsburg is adjacent to Manhattan and therefore there are many wonderful views to take in. This area has changed significantly recently as it has been given a face lift with a lot of money pumped into it and more and more bars, restaurants, shops and hotels popping up at will. However, it still has its traditional feel, which has always been of an artistic feel to it and the numerous art galleries are found everywhere.

This part is very safe and is also well connected to other parts of the city and is where you will find many diverse cultures including Hispanic, Jewish, Polish and Italian among lots of others, which make it a brilliant place to stay in. A good place to start out is the City Reliquary as it has many artefacts on the history of the neighbourhood, though most things are to do with the art galleries that are located here with the Hogar Collection and Williamsburg Art and Historical Centre showcasing local and international artwork, from painting to video and sound. There are a good amount of theatres, cinemas and music venues that can be found around the busy Bedford Avenue subway stop. The same area also has the best shopping with a huge amount of stores and the same goes for restaurants, pubs and hotels.

Other neighborhoods to stay 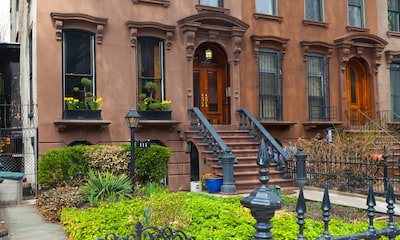 Although Bed-Stuy is an on-the-rise neighborhood, it still has that authentic Brooklyn charm. It is only 30 minutes from Manhattan via the J train and is one of the best places to stay in Brooklyn if you’re after some top-notch nightlife and food! This historical neighborhood has been home to a diverse range of people over the years, leading to an explosive food scene that is noted for its Caribbean influences.

Whether you stay for a week or a month, you won’t tire from the vibrant nightlife, where historical jazz clubs and on-trend bars co-exist together in this hip neighborhood. 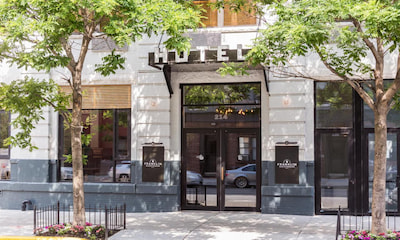 Greenpoint is a residential neighborhood easily accessed via the G train subway line and ferry from Manhattan. This place has a hipster vibe and is the perfect base for those who are after a unique, vintage shopping destination, or the city’s best Polish food! Home to a large American-Polish community, you are guaranteed to sample some of the best pierogies that Brooklyn has to offer.

Dining here is a harmonious mix of modern restaurants and hole-in-the-wall eateries, with the nightlife following suit, consisting of inexpensive bars and up-market cocktail venues. Greenpoint has plenty of comfortable and stylish places to stay. 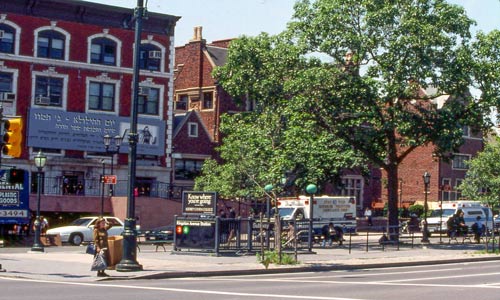 This central neighbourhood has also been renovated recently and is now one of the most upscale areas of Brooklyn and this has made it one of the safest areas to stay in. There are quite a few things to see and do in Crown Heights including: Botanic Gardens, Brooklyn Museum, Children’s Museum, Jewish Museum and many little parks to relax in.

For shopping, the best streets are Atlantic Avenue and Eastern Parkway and everything in between it. The majority of the hotels, pubs and clubs are found along Washington Avenue and of which cater for all sorts of budgets. 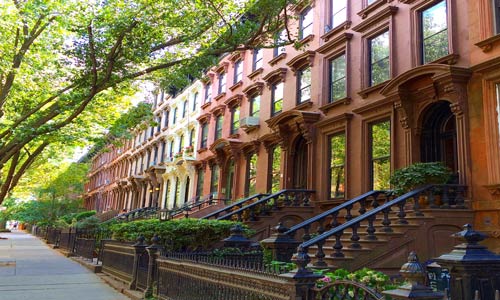 This is one of the most desirable neighbourhoods in Brooklyn, which features historic buildings, quality shops, famous restaurants as well as the Prospect Park, which offers an escape from city life and is one of the most relaxed environments with even a zoo located inside the park.

The area is up there as one of the safest neighbourhoods and is well connected to the rest of Brooklyn and therefore is a wise choice to stay in. There are also many markets, religious buildings, shopping areas, bars, cafes, pubs and hotels to explore with the highest concentration around 7th Avenue.