WHERE TO STAY IN SANTA MONICA 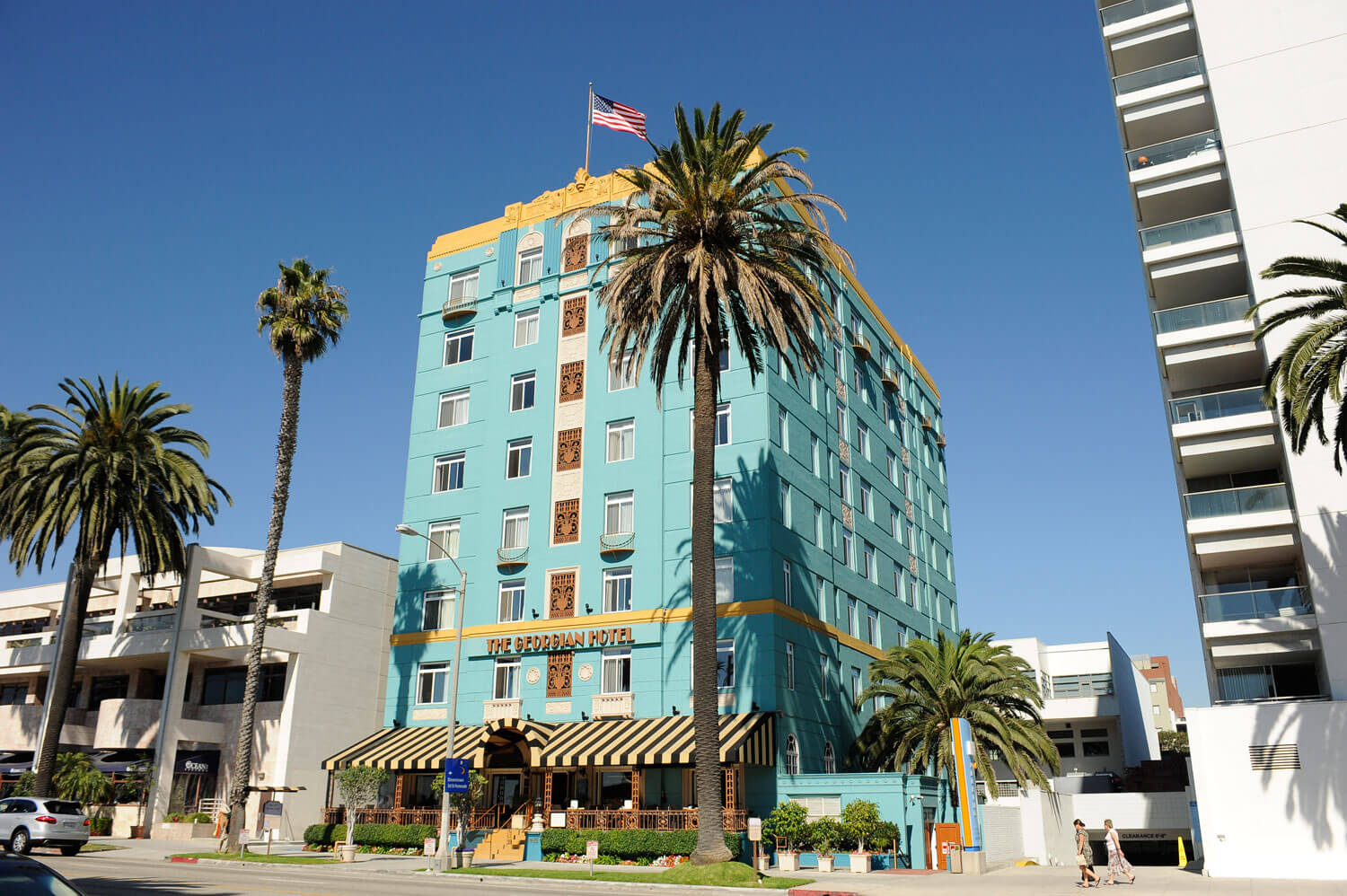 Where is the best area to stay in Santa Monica?

The city of Santa Monica is located picturesquely by the Pacific Ocean and connects up to Los Angeles. Santa Monica offers an excellent getaway from the crazy hustle and bustle of a huge city yet having better charms and atmosphere with plenty of fun things to do and see for all ages. The great thing about it is the high quality of life that you can live with gorgeous beaches to swim at and bathe, excellent art museums to see and piers and promenades to walk along that provide breath taking views.

It is very obvious where the best area to stay in Santa Monica is anywhere along the beachfront, where there are plenty of hotels that overlook the golden sandy beaches. From here, the sea is literally on your doorstep and there are plenty of water sports to partake in like surfing, parasailing, jet skiing, boating, fishing and many others. There is much nightlife in the area and the main attractions are in walking distance with famous places like Malibu and Beverley Hills only just up the road from you.

If you want to stay in Hollywood near Universal Studios plese visit where to stay in LA.

Beachfront, the best area to stay in Santa Monica 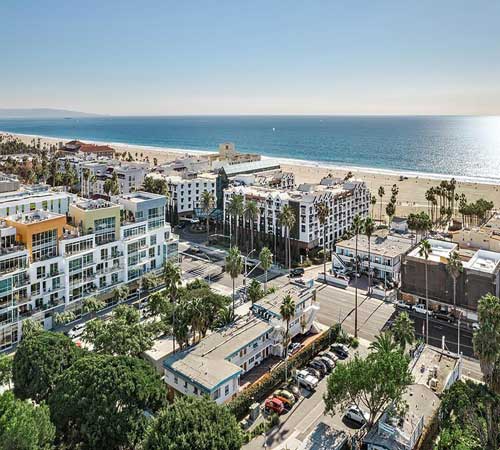 Santa Monica was only a little tiny getaway place at the start of the 20th century and was one of the first areas in the country to have an amusement park built a pier. Today, that pier is one of the busiest places in the city and is home to various tourist attractions and the most famous being the Ferris wheel and is the city’s icon. The amusement park is still going though is a little outdated but there are tons of shops selling souvenirs and many street performers line the boardwalk.

There are also many restaurants but firstly grab an ice cream or a doughnut from one of the many stalls and take in the beautiful views that look right down the coastline towards Malibu and Venice Beach.

A visit to the Santa Monica Beach is obviously a must, where you can bathe in the glorious sun and swim in the clear blue sea as well as trying your skills at surfing and a variety of other water sports. There are also many boat cruises and yacht trips that take you along the coastline and there are also many fishing trips and dolphin watching tours.

The promenade, which runs alongside the beach is a great walk and you can also hire a bike, which is a great way to get around the city. There are a huge amount of public art galleries in the city and the Bergamot Station Arts Centre has around 30 of them, including the Museum of Art, which should be an adequate number to see. Santa Monica has many fun, quirky and unique places to check out like the Chess Park, which is intended for any standard though some people like to take it seriously.

There are many shopping areas, which can get very busy as a lot of tourists like to come and spend some dollar here with the best areas being Montana Avenue, Third Street Promenade, Santa Monica Place and Main Street. Montana Avenue and the Main Street are mainly full of independent retailers as well as cafes, restaurants and bars and sometimes various markets. The Third Street Promenade has more chain stores and has the best street life with lots of performers doing various acts like musicians, magicians and mimes. The Santa Monica Place is a huge pavilion of shops, cafes and restaurants, which is inside and outside.

At night, you can watch unique films at the Aero Theatre, which is famed for being a non-profit business and gets regularly visited by Hollywood stars and directors, who sometimes give talks on stage. There are other theatres nearby like Morgan-Wixson that have live productions and plays all through the year and the beach usually hosts plenty of live concerts and festivals.

There are delicious foods on offer all along the promenade by the beach front, which serve anything from low budget burgers and tacos to world-class chefs offering Japanese and Thai food. However, being so close to the sea, it would be a crime not to try the local fresh seafood and fish, which was caught on the same day and The Lobster is one of the best for this, which comes with perfect views of the ocean.

Pubs and bars are dotted all along the beachfront as well as many in the streets behind with old traditional surf shacks to high-end cocktail lounges. There are also Irish bars, Brit pubs and micro-breweries to try with most drinking establishments offering happy hours with many types of drinks being discounted. As said before, the hotels in this area are the best with amazing beach resorts offering views of the sea and also having brilliant fitness facilities as well as being home to five star chefs and the best bartenders.