WHERE TO STAY IN LONDON FOR TOURISTS 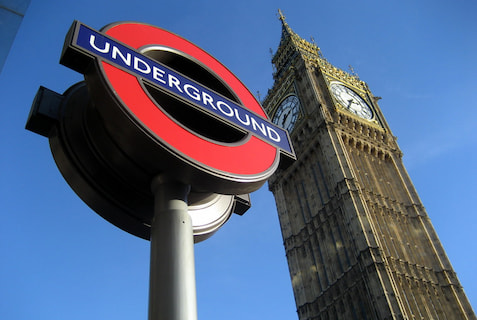 What is the best area to stay in London?

London is one of the most vibrant cities on Earth. The British capital is a global hub for almost everything: history, architecture, business, education, fashion, and shopping. The list is endless! Even nature is something to show off in this megapolis. The abundance of lush green spaces and wildlife in the midst of the city can make you forget that you are not in the forest but in a roaring nation’s capital. London is an incredibly multicultural place that takes pride in its friendliness, tolerance, and dedication to equality. It is known for being a melting pot of cultures and traditions, and no wonder that people from all backgrounds feel at home there.

Elegant Covent Garden is the best area to stay if you want to capture the true spirit of the British capital and explore its key landmarks on foot. A stone’s throw away from Trafalgar Square and the National Gallery, the Houses of Parliament and Big Ben, fashionable Piccadilly and Oxford Circus, this beautiful neighbourhood has quite a few attractions too. Covent Garden is famous for its car-free cobblestone Piazza, unique fashion boutiques and cute Italian restaurants with food to die for. Tourists and locals alike often gather by 17th-century St. Paul’s Church to watch street artists perform.

On the map, which shows the best area to stay in London, you can see a selection of some of the best located hotels.

Covent Garden, the best area to stay in London

First time, as a tourist, a weekend If you ever dreamt of going to one of the famous London’s West End shows, Covent Garden is your ideal place to stay. The vibrant neighbourhood is home to dozens of theatres, including the Royal Opera House. By night, its charming streets are flooded with stylish people dining al fresco in Covent Garden’s upscale restaurants or enjoying a pre-show pint in a pub, all thirsty for world-class plays and musicals.

During the day, Covent Garden is where you can relax, slow down and get lost in cosy cafes and indie shops you won’t find anywhere else. When in the area, don’t miss visiting London Transport Museum and the iconic Apple Market arcade. The latter is the best place to buy souvenirs from the local artisans.

Covent Garden is a safe area with plenty of accommodation options - from democratic hostels to international chain hotels. It is conveniently located on the Piccadilly Line of the London Underground, which offers direct access to Heathrow Airport and most city’s attractions.

Other areas to stay in London Westminster is an excellent part of London to stay in if you want to be in the heart of the city. It combines hundreds of years of British traditions with London’s latest innovations. The most significant landmarks, such as the Houses of Parliament, Big Ben, Westminster Abbey, and Buckingham Palace are all located in Westminster.

The neighbourhood is also home to beautiful St. James Park with its lake and feathery wildlife. It is a short walk away from the most significant London attractions. It is dense with interesting things to see and do and is better explored on foot.

Westminster has a wide range of hotels for any taste and wallet. Its gastronomic scene focuses on traditional and British. As the neighbourhood is popular with visitors, look for unbeaten paths and avoid tourist traps. As in any central area, there is a risk of pickpockets in this neighbourhood. Stay vigilant. The district is conveniently serviced by Westminster London Underground station on Jubilee, District and Circle lines which take you anywhere in the city. Dynamic South Bank is your top choice to stay in if you enjoy art and river walks. Located between Westminster Bridge and Blackfriars Bridge, this vibrant neighbourhood is home to the Tate Modern gallery of contemporary art, Southbank Art Centre, and the prominent National Theatre.

South Bank is also known for its picture-perfect St. Paul’s Cathedral and the London Eye, both offering breath-taking views of the London skyline. Its central location allows you to reach most city landmarks by foot. Big Ben, the Houses of Parliament, Buckingham Palace, and Trafalgar Square are a beautiful walk across the bridge away.

This is a safe area where you'll find traditional pubs and innovative eateries next to each other. The choice of accommodation ranges from affordable B&Bs to high-end hotels. Easy access to London Underground’s Waterloo station located on Northern, Bakerloo, Jubilee and Waterloo & City lines, makes travelling around London a piece of cake.

Museums, with kids, with family Fashionable Kensington is the best neighbourhood to stay in if you enjoy quieter living close to urban nature. A few steps away from the lush greenery of Kensington Gardens and Hyde Park, this popular location is a top choice for exploring London's famous parks and indulging in fine dining.

Kensington houses a lovely collection of museums and galleries. The Science Museum, Natural History Museum, Museum of Architecture, and Japan House are all located there, while Buckingham Palace and the Houses of Parliament are a walking distance from it. Shopping Mecca and a world-famous department store Harrods is a stone's throw away from the area.

Kensington is a very safe place that offers accommodation for all budgets. It is known for its old-fashioned English hotels with porters and tea facilities in the room and fine dining options. The district is served by South Kensington and High Street Kensington London Underground stations that can take you anywhere in the city. Cosmopolitan London City is an interesting district to stay in if you appreciate futuristic architecture and breath-taking panoramas. Crowded with white collars during daytime from Monday to Friday and quiet over the weekends, it is the financial heart of the capital.

Despite its reputation as boring, the London City has a thriving cultural scene. It is home to historically significant St Paul's Cathedral, the Tower of London, the Museum of London, and the Bank of England Museum. Its culinary scene is even more thrilling. Catering to the hungry multinational crowd of professionals, the London City has an eclectic collection of eateries, many with views over the London skyline.

This professionals-dense quarter is not famous for its shopping and only offers a handful of fashion boutiques. What it is most known for is its safety and traffic jams. Opt for travelling on foot, bicycling, or taking a train. The area is served by multiple London Underground stations such as St Paul's, Barbican, Liverpool Street, and Bank, making it a perfect base for exploring the British capital.

Hotels in City of London London’s East End Shoreditch is a perfect community to stay in if you like the arty vibes, creative crowd, and indie venues. This vibrant part of town must be one of the least boring neighbourhoods in London! It has seen drastic transformations over the past ten years and never stops evolving.

Famous Brick Lane, with its vintage market and out-of-this-world food options, is one of the highlights of Shoreditch. Columbia Road Flower Market is another bloomy attraction that draws crowds every weekend. This is an ideal destination for foodies and shoppers who value an independent streak. You won’t find many chain places there.

Accommodation options are plentiful in Shoreditch. And even these have a bit of an indie feel! The area is quite safe but has some mild risk of pickpocketing. It is a short train trip away from the key London landmarks. The area is covered by Shoreditch High Street station on London Overground’s East London Line. If you'd like to spice up your stay in London with some underground culture, music and alternative fashion, Camden Town is an ideal neighbourhood. At least, this is what the famous singer Amy Winehouse thought. Located in the north of London, this locality has plenty to explore.

You can spend hours digging in the bric-a-brac in Camden Market, marvelling over unusual tattoos and outfits on Regent’s Canal, or trying to spot musical talent in one of the pubs running an ‘open mic’ night. You can also take a walk towards Regent’s Park, located next door. Cross it and find yourself on Baker Street, with its legendary Sherlock Holmes Museum and iconic Madame Tussauds.

Camden Town has plenty of luxury and on-budget accommodation options. Its gastronomic profile is as diverse as the area itself. Though mostly safe, this part of town can be a little risky at night. Exercise caution. The district is serviced by Camden Town London Underground station on the Northern Line and is a short ride away from most landmarks. Iconic Soho is the coolest London quarter to stay in if you love to be in the middle of everything, are open-minded and not bothered by the street noise. It is the centre of the city’s diversity and nightlife, known for being LGBT+ -friendly. It hardly ever sleeps!

Soho borders some of the greatest hoods: vibrant Chinatown, elegant Covent Garden, posh and ‘businessy’ Mayfair, fashionable Marylebone, and is a few steps away from the shopping heaven of Oxford and Regent streets. This vibrant locality is a short walk to most of London's attractions, from the Houses of Parliament to the lush greenery of Hyde Park. It has an amazing culinary scene: whether you crave Swedish kanel bulle, Fish & Chips or Vietnamese street food, it has it all.

Soho is generally safe, but you should always be vigilant at night. Don’t engage in arguments and keep your belongings safe. The district offers access to several London Underground stations such as Oxford Circus, Tottenham Court Road, Covent Garden and Piccadilly Circus. Getting around on foot or by train is easy.