WHERE TO STAY IN SPLIT, CROATIA 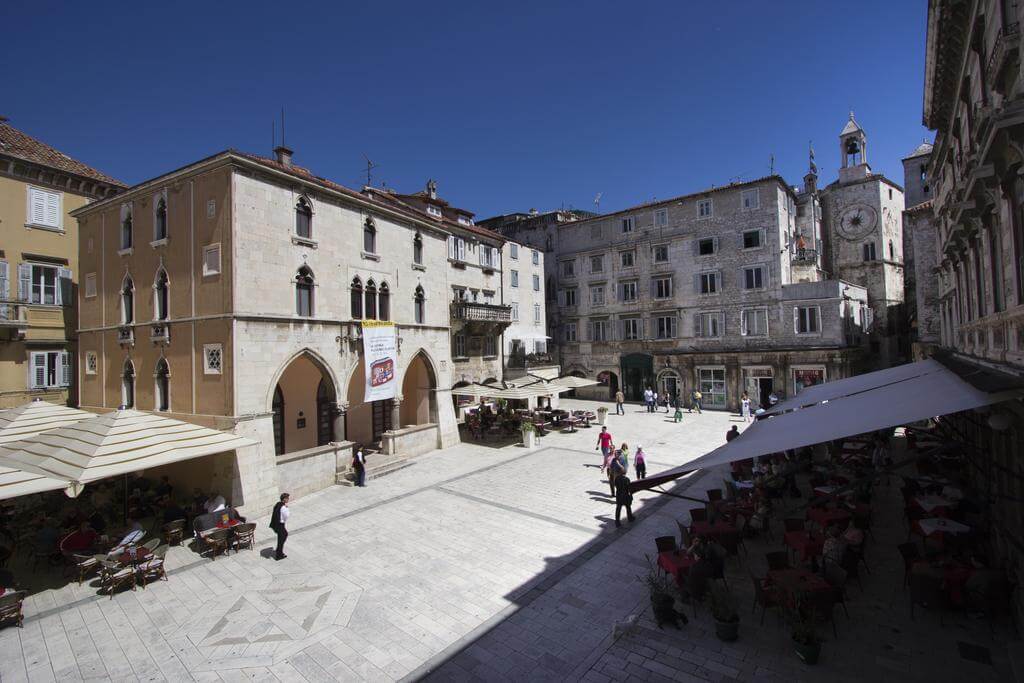 Where is the best area to stay in Split?

On the beautiful Dalmatian coast, Split is a historic city surrounded by mountains and turquoise sea. The city is home to one of the most impressive Roman monuments, Diocletian’s Palace, which is now a UNESCO World Heritage site. Inside its walls, you’ll find it alive with shops, cafes, bars and restaurants. The beautiful seafront area of Riva with its trendy Riva Harbour is a wonderful place for a stroll and an ice cream on a hot summer’s day. Climb to the Marjan park and you’ll be rewarded with stunning view of the city and the islands beyond. Parco Nazionale Krka with its pretty waterfalls is another natural beauty nearby.

If you’re wondering where to stay in Split, the best area to stay is the historic centre of the city. Here, you’ll be within walking distance of major tourist attractions, including Diocletian’s Palace, as well as lots of beautiful old buildings. You’ll be surrounded by lots of fantastic bars, restaurants and cafes with some of Croatia’s best food on offer. You’ll also be close to the ferry terminal where you can hop aboard a boat to one of the Dalmatian islands. This area is easy to walk on foot and you won’t need any public transport, but there are plenty of taxis and buses if you get tired.

Riva and Diocletian Palace, the best areas to stay in Split 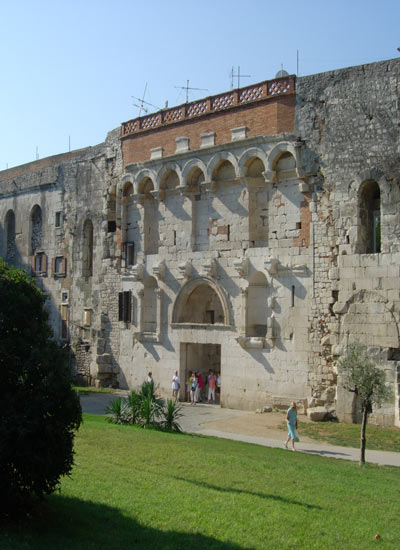 Most people that come to the city want to head straight down to the main promenade, which is called Riva. The promenade runs all along the waterfront from the old town to the new and is one of Europe’s finest. Riva is the main place in the city to relax, walk, have a coffee as well as watch various events including sport, music and culture.

It is one of the most attractive places as it offers some of the best views over the harbour and across to the islands. Riva has actually been here for the last 1700 years though the present appearance was built in the 19th century, when under French rule as it was extended and gravelled and even more recently it has had another makeover, which didn’t go down well with too many residents as it looks too modern.

The promenade is lined with trees, cafes and many restaurants and pubs, which serve cuisines including traditional food along with Italian, French, English, Spanish, Chinese, Indian, Thai and many others as well as all global beers and wines that you would find in any European city. This area is one of the safest in the city and has many transport links so it is very easy to get around.

There are also shops dotted along Riva, where you can find souvenirs, beach equipment, jewellery, clothes, snack places and much more. There is also a decent selection of hotels that can be found along the promenade as well as the streets behind it, which are generally cheaper than those on the waterfront as you won’t get such a good view but are more than adequate.

The city beach can be found along Riva too, which is sandy and has clean waters to swim in as well as offering a variety of water activities. Not too far from the northern end of the promenade is one of the major attractions in the city, the Roman palace and its surrounding area, called Diocletian Palace.

The palace area covers an area of 31000 square metres, which has a total of four gates that are named after metals, called: Iron, silver, gold and bronze. The neighbourhood is very easy to get too with bus stations and train stations just outside the walls and the area is very easy to navigate yourself around  even though there are many little and narrow streets, there are only two main streets being Kresimir Street and Diocletian Street.

This historic centre is built around the remains of the Roman Palace, which is an UNESCO heritage site and is a fascinating place to explore. Apart from the palace, the main highlights in this city within a city include the oldest cathedral in the world and as a mausoleum for the Roman emperor, the ancient Roman Temple of Jupiter, a couple of original Egyptian sphinxes brought from Egypt by the man himself, the main square and basement halls.

However, there are many more gothic and baroque buildings to see as there are over 200 buildings to see, which house over 3,000 people and are found in a labyrinth of streets. Inside the palaces’ walls, there are plenty of shops, pubs, restaurants and hotels with some positioned along the main streets and others found along narrow streets, passageways and little courtyards. The smallest park in the city can also be found in this area and is the only bit of greenery too, which is Getski Vrtal and serves as an elegant and tranquil spot for relaxing in.

Other neighbourhoods to stay in Split

Rest of the Old Town 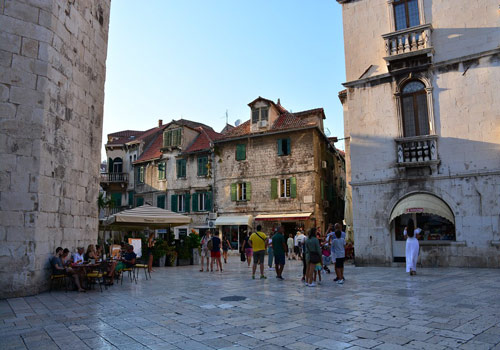 The rest of the Old Town is made up of generally quiet neighbourhoods, which include Veli Varos and Bacvice, with Varos being first developed in the 14 th century and is home to a busy fishing market and several museums like the City Museum of Split, which recounts the history of the place with weapons, drawings, coins and lots more.

Other museums include the Archaeological Museum, which contains Greek Pottery and many other Greek and Roman artefacts and is the oldest museum in the country. There are also a good number of galleries to check out, which display some of the oldest and newest works from like-minded artists. Varos is also home to numerous restaurants, pubs and hotels too.

The Bacvice area is where you can go to the beach as it has decent sand and good swimming conditions as well as being surrounded by entertaining nightlife with a great selection of hotels, pubs, clubs and restaurants. Both areas are within walking distance of the palace, which means it is easy to get around the city as well as being as safe as anywhere in Split.