WHERE TO STAY IN TUNIS 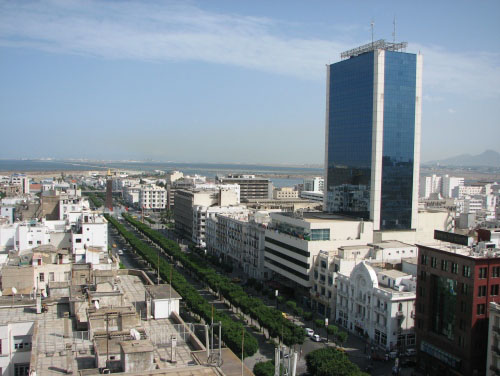 What is the best place to stay in Tunis?

The capital of Tunisia, Tunis, is often ignored by tourists who prefer to go straight to the country’s famous beach resorts but there are many hidden gems in the city just waiting to be found out. The entire city is small and compact and therefore easy to get around on by foot and this is by far the best way to see the city. There is lots of French architecture to see due to the country once being ruled by France and there are a number of museums, historical attractions, traditional markets, foods and nightlife to experience in a city that is largely untouched by tourism and as a result, hassle-free.

The best area that to stay in Tunis is the area around La Medina due to this district being the main heart and soul of the city. This neighbourhood contains the major attractions as well as being the oldest part of Tunis and easily rivals that of Fes and Marrakech in Morocco. Here, you will find ancient buildings, mosques, traditional markets, theatres, parks, museums as well as good shopping opportunities, a diverse range of restaurants, pubs and hotels.

La Medina area, the best area to stay in Tunis 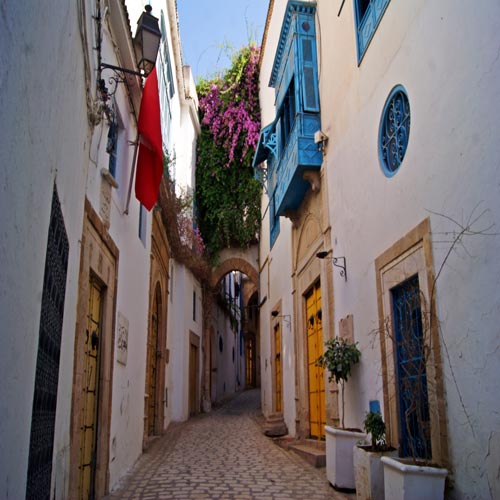 The old city or more well known as La Medina, is the most important neighbourhood in Tunis, which is a very safe area and is conveniently close to the Tunis-Carthage Airport, hence why it is a popular place to stay in. La Medina is considerably nearby other major parts of the city like the new city, which can be walked to with no fuss but if not you can use the light metro, light rail line, bus or taxi if you fancy it.

The area around the Medina is exceptionally refreshing as there are countless streets and avenues that are littered with tropical trees and are accompanied by many pavement cafes, restaurants, shops and hotels. There are also a couple of excellent museums to explore, which are just outside La Medina including the one of the best in this part of Africa and that is the Bardo Museum. This famous building contains a huge collection of Roman mosaics and treasures that have been found at ancient sites in the country as well as Tunisia’s general existence since the prehistoric era with displays of Arabian culture both old and new.

Another interesting museum that surrounds the old city is the Museum of Modern Art, which has various exhibitions by artists that are locally, regionally, nationally and internationally known. You can also wander through some of the city centre’s parks, where you will find a zoo as well as various theatres, water fountains, sculptures and large spacious areas where you can sit and relax. A wander directly east from La Medina will take you to Tunis Marine, which is where you will see lots of boat activity like fishermen and lots of cruise ships and it is possible to join one of these trips by arranging either through your hotel, at the Marine or through a travel agent.

Obviously, the main highlight of Tunis is La Medina and once you get to it, you will stand and admire one of the large free-standing gates that welcome you as you enter through it. The old city comprises of around 280 hectares and is said to be one of the first Arab-Muslim towns in the country and there are over 700 historical monuments and landmarks with some of them being built as early as the 8th century. The most popular and most impressive building in this area is the Zitouna Mosque as it is the largest of its kind in Tunisia and is one of the oldest constructions in La Medina. There are many other particular sights to see in the neighbourhood which include old palaces, big mansions and souks like the Kasbah Mosque, Bab Jedid Gate, Bab Bhar Gate, Dar Hussein House and the Dar Lasram House.

There are also a few souks, which make for an interesting experience with countless stalls selling pretty much anything and everything you could think of and nothing comes to close these markets with the authentic smells and sights to saviour as well as an underwhelming level of hassling from the sellers and buyers. You will also notice many traditional shops that pop up on most streets and alleyways, which also sell many handmade arts, crafts and various souvenirs. For more upscale shops and malls, the best area to check out is outside La Medina with Avenue de Londres and Rue Beb Souika having an impressive selection of designer shops and brands to check out.

The majority of the hotels can be found all around and close by La Medina with most of them offering food throughout the day. However, it is good to explore the city at all times and especially at night and there are various restaurants in and around La medina which offer traditional Tunisian food, Italian, seafood, West African and some Asian cuisines. The best drinking establishments can be found on Avenue Habib Bourguiba, where there are many funky and popular bars and nightclubs to dance the night away.