WHERE TO STAY IN AMMAN, JORDAN 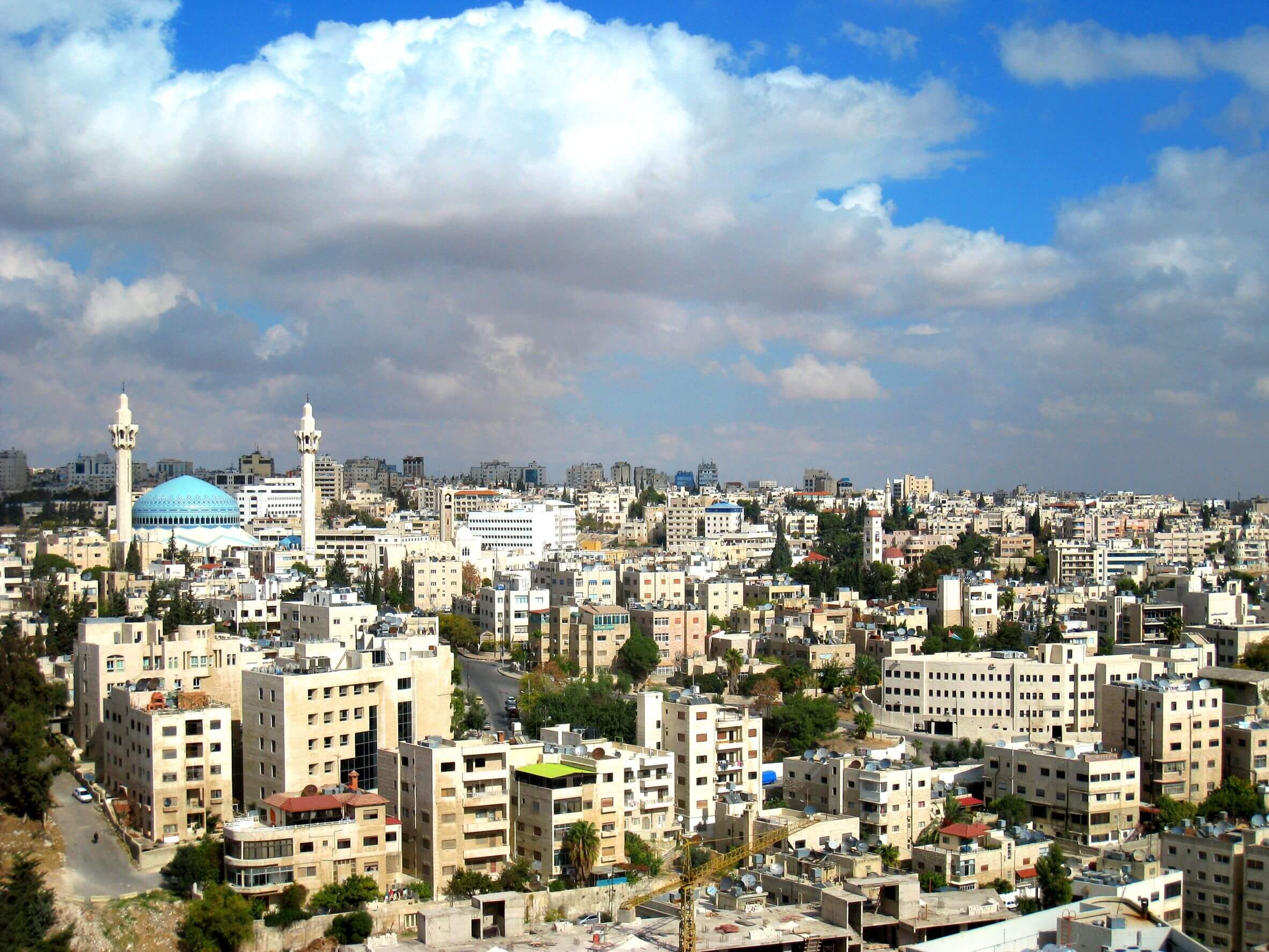 Where is the best place to stay in Amman?

There is an amazing and enchanted mixture of both ancient and modern tourist attractions in Amman, which is the capital and largest city in Jordan. The city was built on seven hills and therefore has many narrow and very steep roads and pathways, which is one of the major highlights of Amman.

It is hard to imagine that this place was a tiny little town once but today it is lively and vibrant all day long and features friendly and hospitable people, excellent weather all-year round and brilliant things to do and see like the many Roman period sites including the Roman Amphitheatre, various art galleries and museums as well as extensive shopping and delicious cuisine.

The best area to stay in Amman is the neighbourhood of Shmeisani as this is located right in the heart of the city and most of the major attractions are in close proximity. This area has some of the best entertainment as well as nightlife in the whole city and there are numerous hotels and restaurants that offer some of the tastiest foods from a range of diverse cuisines.

Shmeisani, the best area to stay in Amman 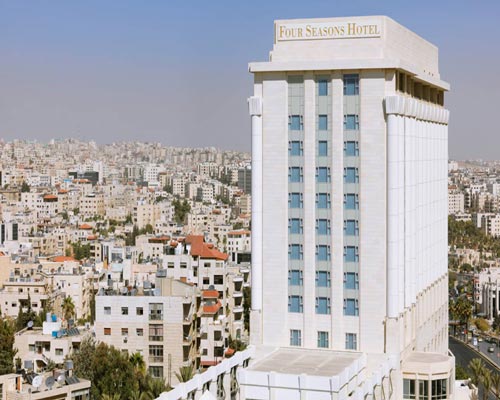 Shimeisani is the main commercial centre in the city and is generally pretty chaotic during the day due to the amount of people that walk and drive through its streets. The great thing about the neighbourhood is the generous amount of pavements, which makes for a fun and eventful walk with most streets lined with cafes that offer tourists and locals superb coffee and traditional lunches and dinners.

Wherever you go in the neighbourhood you are bound to hear loud Jordanian music, which is blared out from homes and cafes and the main touristic sights in Shmeisani include the new Jordan Museum and is definitely a must-see. Here you will find various exhibitions on the history of the city, Petra and the country as a whole with many items and objects that have been collected over the years including photos, documents, antiques and pieces of archaeological evidence. The National Art Gallery is just a short walk away and this place hosts various arts that have been produced by artists in the country as well as across the globe with some artwork from the 17th century.  The streets also have many antique shops and stores where you can pick up amazing souvenirs though for a costly price but there are a few shopping malls in Shmeisani including City Mall, which is one of the largest of its kind in the city and is where you will find plenty of international brands alongside local ones.

This part of the city has a great choice of places to eat and drink at, which range from traditional Middle Eastern restaurants to European food and these can be found along the main strip of the district. Accompanying them are various pubs and clubs, which serve Jordan’s national beer, Petra beer, as well as wines and the main alcoholic beverage, Araq. This area has some of the most luxurious hotels that contain excellent facilities including gyms, saunas, pools and much more but there are many affordable hotels and hostels as well.

Other neighbourhoods to stay in Amman 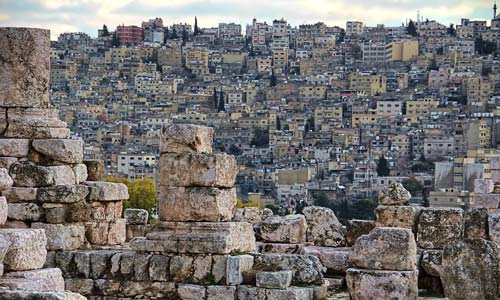 This area is where you will find the majority of the tourist attractions including the restored Roman Theatre, which is one of the most obvious and impressive areas of Roman architecture. The theatre was believed to have been built since the 2nd century AD and was built on three tiers and has the seating capacity of 6000 with regular productions in July and August.

Other places of interest include the King Abdullah Mosque, which was built in 1989 and is a huge 35 metre blue-domed mosque that can contain 7000 worshippers inside. You will also see a great selection of Muslim art and other objects like coins. The ancient Citadel is also found in the area, which towers over the city and contains stunning and impressive buildings including the Temple of Hercules, the Byzantine Church, Ummayad Palace and the National Archaeological Museum. It is highly advisable to come to the Citadel a little before sunset so you can see all the mind-blowing buildings and then see the city from the best views possible at sunset.

There are a number of markets and shopping malls with the Balad having everything from fruit markets to street cafes and electronic products on sale. There are many restaurants and pubs to choose from in this area that serves quality cuisines and there are a decent amount of places to stay at, which are appealing to all budget ranges.

Swefieh is a big neighbourhood situated in the west of the city and is known for its shopping centres and nightlife. Right in the heart of the centre of Swefieh, there is a pedestrian zone which contains many luxury shops, cafes and restaurants and is a good place to start your journey from. The Baraka Mall is found here and is particularly popular due to its accessibility and quality of the brands, which cater for many categories from food to clothes and electronics to home and garden tools. Another shopping area to explore is Wakalat Street as it has many Western clothing stores and again is a car free zone with many open spaces to relax in. You are spoilt for choice with numerous hotels, bars, restaurants and clubs in the area, which makes it an extremely appealing place to come to.

This district is among one of the wealthiest in the city and has some of the country’s most expensive real estates. Abdoun has lots of restaurants that are both traditional and European influenced and is also home to many cafes, bars and hotels too. The neighbourhood is also home to Abdoun Mall, the first mall to open in the city and is one of the biggest and there are plenty of pubs and clubs to experience.