WHERE TO STAY IN BILBAO, SPAIN 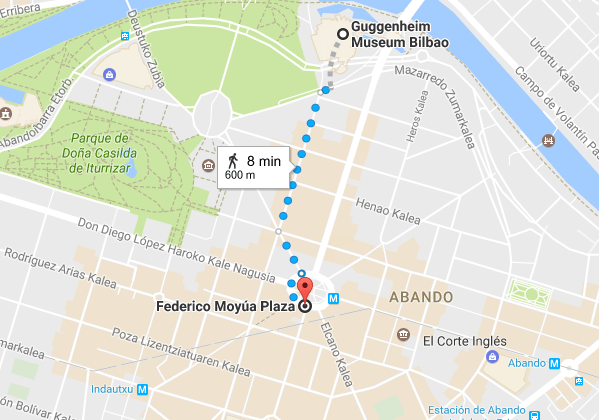 Where is the best place to stay in Bilbao?

Whether you are visiting Bilbao as a tourist or on business, the best area to stay is the city centre. If you look at a map of Bilbao city centre, you will see that from Plaza Moyúa to the Guggenheim museum, it takes just 8 minutes on foot. Using this as a reference, you will be able to see that all of the city´s main places of interest are within walking distance, including the old town, which can found on the other side of the river, the Museum of Fine Arts, the San Mamés stadium and Bilbao´s main shopping Street “Gran Vía”.

The city centre is host to hundreds of different restaurants and bars serving traditional Basque food. The area of Indautxu in particular has an unlimited offering of bars and restaurants, and the Abando area, along with the old town, are the best places for bars.

Public transport is not a problem when staying in the centre, with easy access to Bilbao´s metro for visiting the city, and many bus stops with connections to the airport.

Bilbao boasts several 5 star hotels which are relatively inexpensive compared to other large capitals, so a trip to Bilbao could mean you get the chance to stay in your first 5 star hotel.

On the map, which shows the most convenient area to stay in Bilbao, you can see a selection of some of the best located hotels.

Other places to stay in Bilbao 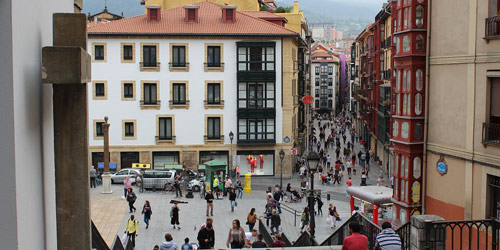 Located within the district of Ibaiondo, Casco Viejo is the other area with a better offer of accommodation in Bilbao. It is located east of the district of Abando, crossing the estuary.

Casco Viejo offers a wide variety of hostels, hotels and apartments. It is the ideal place for young people with a lower budget who want to enjoy the nightlife in Bilbao.

Located south of the district of Uribarri, the neighborhood of Castaños hosts some hotels along the Paseo Campo of Volantín, for those who want to enjoy the Nervión estuary.

In other well-known areas of the city such as Deusto or Begoña the selection for accommodation is almost non-existent, so if you have any special interest in visiting them, it is best to stay in the central district of Abando and reach them in a couple of stops on the metro.

Where to sleep near Bilbao

If in addition to visiting Bilbao, you’re thinking about visiting the province of Vizcaya or the entire Basque Country, a good alternative is to stay in one of its towns and nearby cities.

Those with the best selection of accommodation are the following: 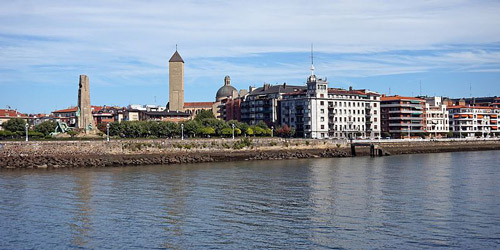 It is located 20 kilometres from the centre of Bilbao, and bathed by the Cantabrian Sea. It offers a unique landscape dotted with beaches and cliffs that make it an exceptional destination.

Additionally, it has the great advantage of being connected to Bilbao through the metro line. 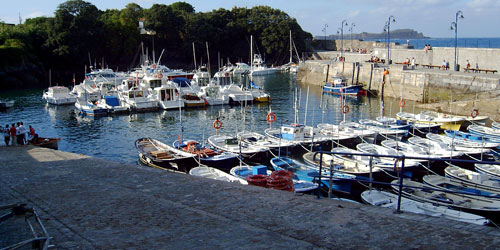 This small town on the coast of Biscay has gone on to world fame for its left wave, and it is no wonder that it is considered the best wave in Europe in this category of surfing.

This influx of surfers makes Mundaka have a wide selection of accommodation and is only 37 km from Bilbao.

Close to Mundaka and only 34 km from Bilbao is the port city of Bermeo.

It is not the most beautiful town in Euskadi but it does have a good hotel selection.