WHERE TO STAY IN BRATISLAVA 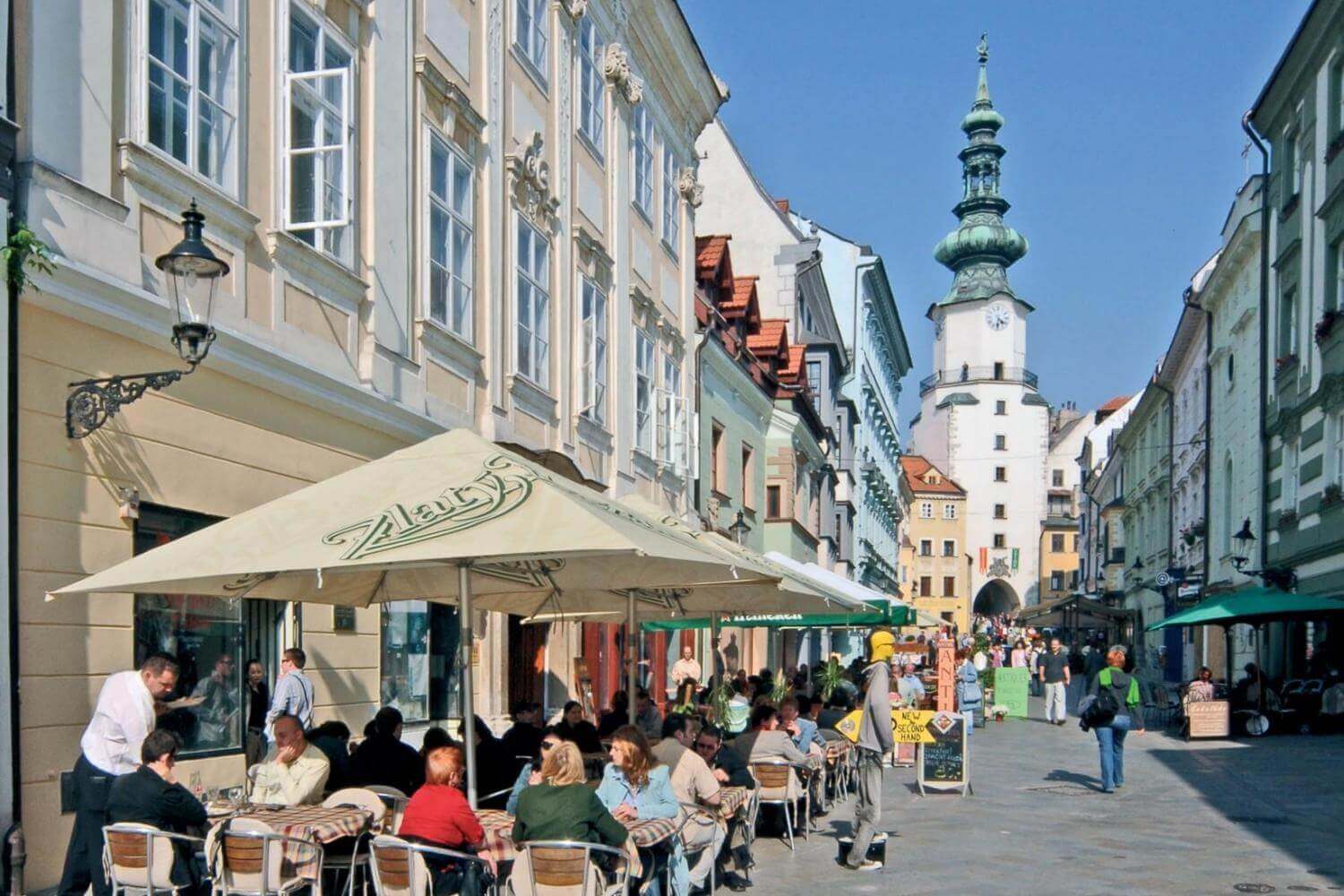 Best place to stay in Bratislava

Bratislava is Slovakia´s capital city, and with a population of 450,000, the country´s most populous city. Situated in the southwest of Slovakia, between the Danube and Morava Rivers, the city shares borders with both Austria and Hungary, making it the only capital city in the world that borders two sovereign states.

The best area to stay in Bratislava is the historic centre, called Staré Mesto. Within this area you will find the small, yet well preserved medieval centre, the famous Bratislava Castle, and many other significant monuments. The western part of Staré Mesto is characterized by its hills and slopes, and is home to the Bratislava castle, the Slavin Monument and Horsky Park, as well as the majority of the city´s foreign embassy´s.

On the other hand, the eastern side of Staré Mesto is where the majority of the city´s hotels, restaurants and bars are, and is considered the city´s historic and administrative centre. Among many important attractions located in the eastern side of Staré Mesto, you will find the Grassalkovich Palace, the Trinidad Church, the Bratislava Town Hall, the San Martín Cathedral, and the Main Square, along with many streets that date back to the XIV century, and many churches and palaces.

On the map, which shows the most convenient place to stay in Bratislava, you can see a selection of some of the best located hotels.

Historic Centre, the best area to stay in Bratislava 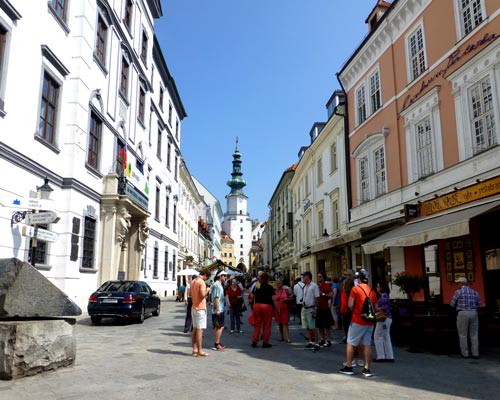 The charming capital city of Slovakia highlights authentic Eastern European life in it’s historic centre of Bratislava. The historic centre is located in the Old Town Borough of Bratislava, locally known as Staré Mesto. The area is compact, yet incredibly attractive with its medieval architecture.

The Old Town is the best area to stay, as it houses most of Bratislava’s most noteworthy attractions and sights. Bratislava Castle, St. Michael’s Tower, and Bratislava City Museum are essential in understanding the history of the region. The Old Town is also known for its ornate churches, including St. Martin’s Cathedral, constructed in the 14th century, and the Franciscan Church and Monastery, built in the 13th century.

The historic centre borders the Danube River, one of the most important waterways in all of Europe. Stroll along the riverfront or have a meal in one of the floating restaurant barges. Danube River cruises can also be arranged to view a unique perspective of the town. The historic centre also offers the best options for nightlife in Bratislava, with numerous bars, clubs, and rooftop lounges located throughout the area.

The historic centre’s scenic squares, especially the Main Square and Franciscan Square hold plenty of options for lodging at every budget. As the historic centre is small, it is incredibly walkable for tourists.

Other areas to stay in Bratislava 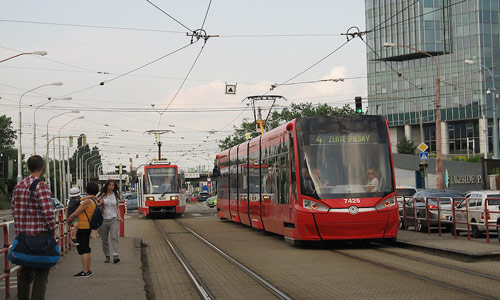 The area of Nové Mesto (translating to “new town”) is a nice area to stay for more modern furnishing and outdoor activities. Nové Mesto is a northeastern burrough of Bratislava, located in the third district. The recreational area of Kuchajda Lake includes sports fields, basketball and volleyball courts, and calm areas for picnicking. Additionally, the lake offers ice skating during the winter months. This burrough also includes Polus City Centre, the first modern shopping centre built in Slovakia. Nové Mesto is accessible to the historic centre by car (10 minutes) or tram (20 minutes). 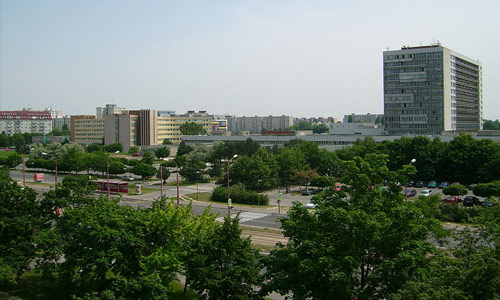 The residential burrough of Ruzinov is the best area to stay for easy transport in and out of Bratislava, as it is conveniently located to the Milan Rastislav Štefánik International Airport and the D1 motorway. It is emerging as an industrial and commercial city centre for Bratislava. Ruzinov also includes Miletičova Open-Air Market, an authentic local market selling farm goods, as well as Slovakian specialty foods and drinks. Ruzinov is accessible to the historic centre by car (10 minutes) or tram (25 minutes). 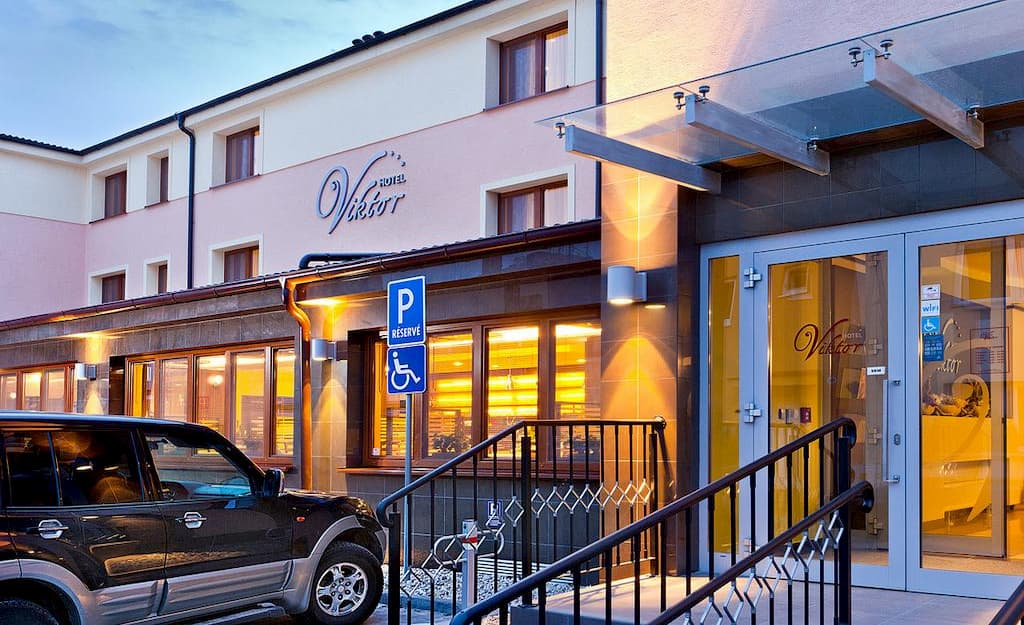 Predominantly residential, the hotels Viktor and Dominika are both good places to stay and have swimming pools. The Dunajsky Pivovar is a fun choice as it is a hotel and micro brewery on a boat! There are a number of pensions too. Petržalka is fun to explore on foot or bicycle as it is famous for its colourful paneláky. These low-rise concrete apartment blocks have all been creatively painted in the area! There are shopping malls and restaurants and the best is considered to be Petržalka Klubovňa which as well as good food has its own own site brewery.