WHERE TO STAY IN BRUGES, BELGIUM 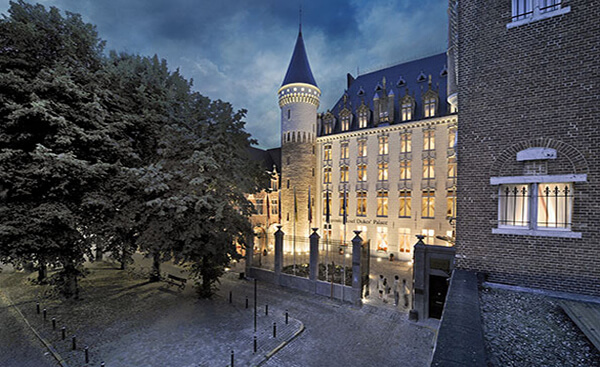 Where is the best place to stay In Bruges?

Bruges is often described as a fairy-tale destination, thanks to its beautiful quaint architecture and walkable cobbled streets. Here you’ll find a wonderful array of historic churches, canals, towers and 17th century houses to feast your eyes upon. In the historic centre of Bruges, head to the charming Markt square, an ideal starting point for attractions like the interactive Historium museum and Burg Square. You’ll also find the historic Belfort tower here which stands 83 metres tall. When you’ve finished gazing at the 12th century Basilica of the Holy Blood and the gothic Stadhuis, don’t forget to grab a Belgian beer and relax by one of the many tranquil waterways.

To be close to all of the major attractions, the best area to stay in Bruges is in the historic city centre. Here, you’ll be able to easily walk to all of the sights including the Belfort Tower, The Markt and Burg Square. This beautiful area also boasts some excellent upscale restaurants and quaint cafes, all housed in pretty restored buildings. You’ll find plenty of souvenir shops, along with a traditional market held on Wednesdays. Sample some Belgian beer in one of the charming pubs around the main squares. Getting around is easy, whether you hire a bike or take one of the many buses.

City centre, the best area to stay in Bruges 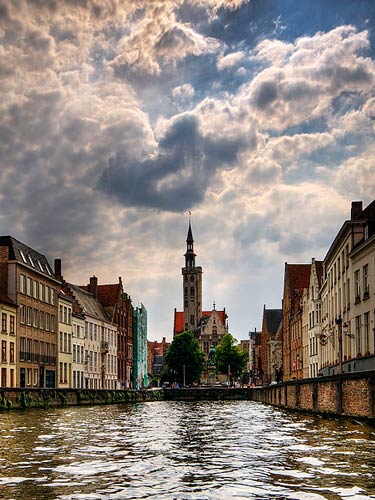 The historic city centre is a recognised UNESCO world heritage site with many magical places of interest in the vicinity. Right at the centre of Bruges is Grote Markt, which is a huge large square and is surrounded by many touristic restaurants and gift shops and the best place to start your adventure from. However, what really dominates the square is the Belfry, which is unmissable as it is an 83 metre high tower and can be accessed by climbing the stairs and at the top you receive the best views of Bruges.

Though, another unique way of seeing the city is by hot air balloon, which sets off from the same square but is a lot more expensive. Some of the most popular and striking churches are found close by on the popular Burg Square with the Basilica of the Holy Blood being built in a gothic style and has a gorgeous Romanesque style chapel attached to it. The Onze Lieve Vrouwkerk is another outstanding church that also resembles the gothic and Romanesque periods, which also houses one of the few Michelangelo sculptures that is found outside Italy.

The Groeninge Museum, which is also known as the ‘The city museum of Fine Arts’, houses a large collection from local artists that have lived and worked in the city. The ‘De Halve Maan Brewery’ is one of the oldest active breweries in Europe and offers tourists a tour of how they make the beer, which can be sampled at the end of it and there is a museum that tells you about the history of the place. Another unique museum, which is only likely in one other country being Switzerland, is the Choco-Story Museum and this place details the process of cocoa into chocolate. The museum is a good size and you can even have a go at making chocolate as well as tasting different types.

A trip along the canals on a boat is a must and various touring companies give you guide speakers that talk about the history of Bruges. A great way of getting around the city and is a fun activity to do anyway is by cycling around it and most streets are safe to ride on with many bike rental shops by the train station and Grote Markt.

The best streets for shopping are those that are close to the Grote Markt, which have a decent selection of fashion, jewellery, supermarkets, gift shops and of course chocolate stores. The majority of the squares in the city centre have cafes, restaurants, pubs and hotels dotted around them and there are more of the same on the streets close by. The hotels that you find here are some of the best in the country with most of them offering superb views and huge and spacious rooms.

The Belgians love their seafood and fish but if you are not a fan then there isn’t much to worry as they do like their meat and vegetarian options as well as Italian, French and Asian dishes. There are hundreds of pubs to pick from and many like to stock as many Belgian beer varieties as humanly possible but the places are the ones that host live music.

Hotels in Historic Centre of Bruges

Other neighborhoods to stay in Bruges 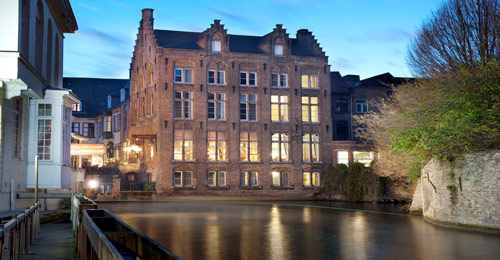 Always try and stay as close as possible to the city centre due to the convenience of everything but this area isn’t too bad as there are some things to do and see. Here, you will find the Jerusalem Church and again is of the gothic period and does look like it could be haunted. The fee paid here also covers for the Lace Museum, which has many displays of several lace varieties and you can also see the lace workers in action too. The Diamond Museum is a fascinating place that gives you the history on diamonds as well as live polishing demonstrations.

If you want to see some art, then this area is good for you as there are a number of them that display the work of local and national artists and the Lucifernum is one of the best. Restaurants and pubs are not as frequent as those found closer to the city centre but most provide delicious Belgian food like mussels and fries and have a local community feel about them. Traditional pubs have local beers on sale as well as international ones and most hotels offer modern and comfortable accommodation.