WHERE TO STAY IN CAIRO 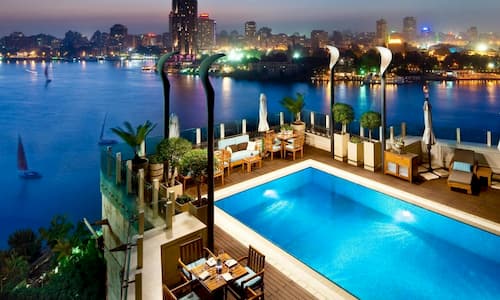 Best area to stay in Cairo

Cairo is one of the most celebrated cities on the planet and has been a worldwide tourist destination for a very long time now with the city pulsing with life wherever you go and whenever you go. The largest city in Africa is hugely proud of its heritage and culture, which is dominated by the Great Pyramids and the Nile. Yet there is more than meets the eye here with an overwhelming collection of tourist attractions that are both modern and old. Traditional and the new sum up the city perfectly from minarets to palm trees and from art deco villas to multicoloured neon, Cairo has it all.

The best area to stay in Cairo is Gezira as this district is ideally positioned to see some of the major tourist attractions in the city. Gezira is actually an island found on the Nile, which is partly shared with another neighbourhood called Zamalek. Gezira is a great escape from all the tourist commotion of the obvious tourist areas with upscale residential areas that provide fantastic strolls. There are a great number of things to do and see in the neighbourhood, be it day or night, and there are many varieties of cuisines, bars and hotels to pick from.

Gezira, the best area to stay in Cairo 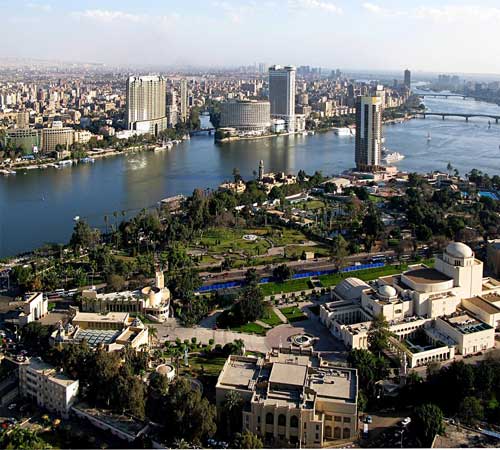 Gezira Island is pretty small and for that reason it means it’s compact, so you can see everything on foot with relatively no hassle. The area is well linked up to the rest of the city with taxis and buses taking you to the downtown area in a matter of minutes as well as to the major public transport stations to continue your journey to and from the airport. Gezira is one of the safest areas in Cairo and is a little more relaxed than the majority of Cairo, which makes the place a favourite one to stay in.

Probably the first thing on the list to see in the neighbourhood is taking a walk along one of the streets nearest to the water, which provide stunning views of the city as well as the River Nile. There are cafes, restaurants and shops that you can check out whilst strolling and there are trips along the river, which set off from the docks at Aziz Abaza. There is even a dinner cruise ship called the Nile Maxim, where along with your luxurious dinner, you are serenaded with music, belly dancing and other live forms of entertainment and is one of the best ways to see the city at night. However, if heights are your thing then you would have already noticed the dominating Cairo Tower, which stands at 187 metres and is where you can see the entire city, including the Pyramids whilst eating world class food at the revolving restaurant.

There are a number of art galleries and museums too and the best ones to explore are Gezira Centre of Arts, Museum of Islamic Ceramics and Picasso Gallery with the best shopping area surrounding the El Maahad El Sewisry Street. You can also enjoy a variety of recreational activities like tennis, table tennis, golf and squash at the Sporting Club and the famous Opera House has productions on most nights.

There is a great range of cuisines like Egyptian, French, Thai, Lebanese, Italian and others on the island with the best mainly found by the water’s edge and the same goes for bars and hotels.

Other neighborhoods to stay in Cairo 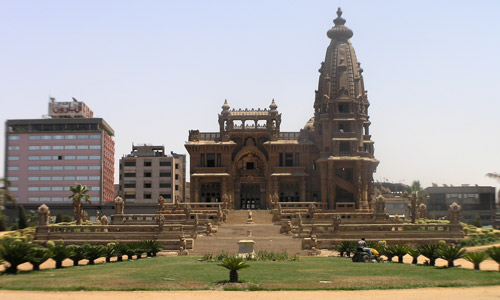 Heliopolis is one of the best places to stay in and is extremely convenient as it is very close to the airport, though isn’t too far from the city either and is one of the safest neighbourhoods. It dates back to the ancient times and because of that has some interesting places to visit like the Baron Empain Palace, Basilica of Notre Dame and the Uruba Presidential Palace. There are also a variety of old churches and striking Andalusian architecture. There are some shops and malls along al-Ahram Street and the best streets for sleeping, eating and drinking are Osman Ibn Affan St and El Orouba Street as they have a good amount of places. 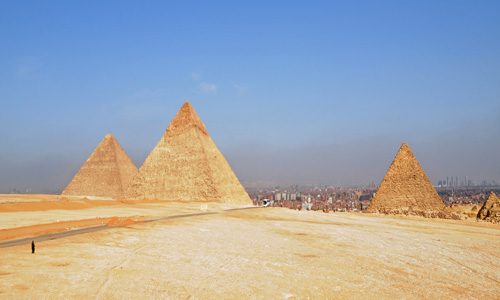 Giza is located in the west of Cairo and has excellent transport links to the rest of the city and the airport, which make it an appealing place to stay in as well as being a safe area. The biggest tourist attraction in the city as well as being the icon of the country is in the neighbourhood, which of course are the Pyramids and the legendary Sphinx. You can enter 2 of the 3 pyramids for a little bit of money and do be aware that the tunnels inside the pyramids are hot, humid and claustrophobic. There are also a few museums in the area that are mostly dedicated to the pyramids and the Legends and Legacies indoor bazaar is excellent for shopping in. Try Pyramids Road for sleeping, eating and drinking as this is where the highest concentration of each lies. 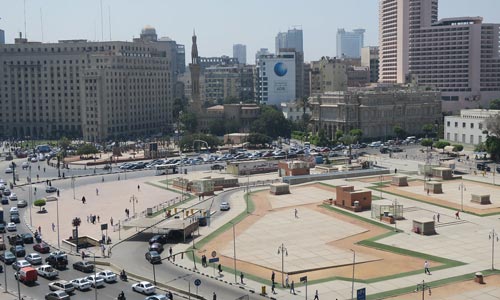 Dokki is an up market area of the city with the centre of the neighbourhood being Amman Square, which is surrounded by restaurants, bars, cafes, shops and hotels. This area is a safe place to stay in and there are a number of attractions to visit including the Khali Museum, the Zoological Gardens and the Shooting Club. For shopping, head to Mosaddak Street where there are plenty of gifts to buy and the most popular street at night is Tahrir Street, which is home to a diverse range of restaurants, pubs and hotels. 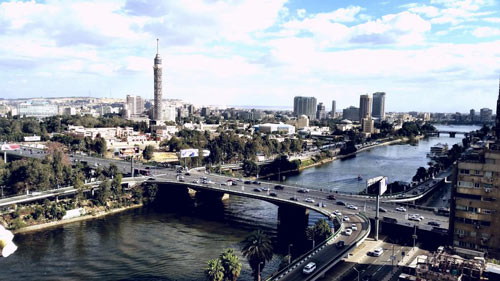 This neighbourhood is found close to the city centre, along the west bank of the Nile and therefore is a very convenient place to stay in as well as being regarded as a safe district. It has a distinct “local” feel, which provides more authenticity than most other areas of Cairo with many streets having a great range of traditional and foreign sidewalk cafes, restaurants, shops and hotels dotted along them. There isn’t a lot to see in the day but being so close to everything else means that it can be a cheaper alternative to staying in the centre. However, at night the place comes alive with some excellent entertainment spots being the Balloon Theatre, where there are circus and dance acts and the famous Cairo Jazz Club, which is one of the most famous clubs for live music in the country.