WHERE TO STAY IN DURBAN 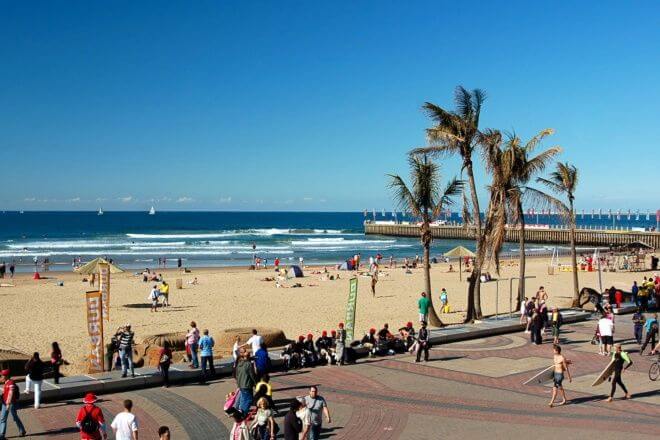 Where is the best area to stay in Durban?

South Africa’s third-largest city is a fun-loving and cosmopolitan beachside town with a lot to offer its visitors. Since it played host to the 2010 World Cup, various architectural changes have taken place including a brand new stadium and a revamped waterfront. Whether you just want to hit the beach along Durban’s Golden Mile, voyage to the bottom of the ocean at the uShaka Marine World, shop for spices in the intoxicating Indian Quarter or escape the heat in the Botanical Gardens, there is something for everyone in South Africa’s premier playground.

Blessed with the advantage of year round sub-tropical temperatures and honey-hued beaches, North Beach and Umhlanga Beach are the best areas to stay in Durban, draped along its Golden Mile. North Beach is situated within walking distance of the city centre, uShaka Marine World and Durban’s Botanical Gardens and it offers first-class water sports and nightlife, so it is ideal for those seeking more of the action. For those looking for something more exclusive, head north to the Umhlanga Beach where luxury hotels abound as well as the famous Gateway Theatre of Shopping. Both areas have a high police presence making them in general safe and trouble-free.

North Beach and Umhlanga Beach, the best areas to stay in Durban 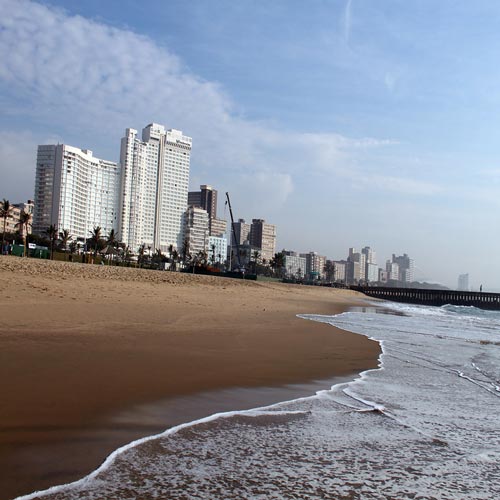 Stretching from the Blue Lagoon's fishing spot to the sunken Vetch's Pier, Durban’s network of inviting beaches is a magnet for water sports enthusiasts, in particular surfers. You can stay in one of numerous hotels in the North Beach area, which cater to all budgets, as well as offer excellent transport links to other parts of the city. The North Beach is located in the heart of Durban’s Golden Mile and offers an unbeatable location that is within walking distance of the city centre (about 30 minutes or 5 minutes by taxi) making it a great area to stay in. It also has good bus links to the rest of the city. While away an afternoon in Durban’s Botanical Gardens, Africa’s oldest surviving botanical garden and wonderland of indigenous and exotic plants, or pay a visit to the colourful Indian Quarter where you can bargain for handicrafts, spices and souvenirs. You can also journey beneath the surface of the ocean at the uShaka Marine World, a 40-acre theme park, which remains one of Durban’s star attractions.

The North Beach area is Durban’s prime spot to do body boarding. This large, immaculate beach is lapped by the warm waters of the Indian Ocean meaning you can enjoy safe swimming conditions and have access to umpteen water sports activities, including surfing and body boarding. Lifeguards are on duty most of the day and shark nets protect the area from any unwanted guests.

The neighbourhood also boasts a selection of cafes, bars and restaurants where you can sink into a chair on a terrace while facing out over fabulous sunset panoramas. During summer, this area also plays host to the Durban July Surfing Extravaganza.

Umhlanga Beach is Durban’s premier upscale resort, about 15 minutes north of central Durban. This affluent resort and residential area stretches a staggering 200km up to meet the spectacular World Heritage site, Isimangaliso Wetland Park. It comprises of two beaches, the Bronze Beach in the north and the Main Beach in the Centre. The beaches have both been awarded blue flags for their pristine water and sand. Lifeguards patrol the area most of the day and it has been deemed suitable for children. The beachfront is lined with some of the most highly sought-after hotels and apartments as well as a fun promenade teeming with restaurants, cafes, bars and clubs.

Just inland you can visit the mesmerising Valley of a Thousand Hills, a mystical area where densely undulating hills dotted with sugarcane plantations, viewpoints, gorges and tiny villages surround where Zulu people still live in traditional dwellings and where you can witness ancestral dancing and rituals.

Umhlanga Beach is a great place to stay for those looking for retail therapy, as they can visit the Gateway Theatre of Shopping, the largest shopping mall in the southern hemisphere! With 18 movie theatres, a playhouse, more than ninety restaurants, more than 400 stores, an arcade and theme park, a 4000 square metre skate park designed by Tony Hawk no less, the highest fountain in Africa, a tenpin bowling alley and a science theme park, this colossal shopping mall is easily comparable to a small city.

Other areas to stay in Durban 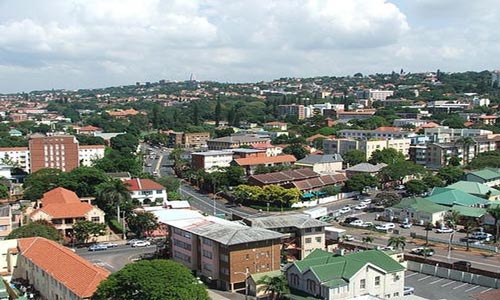 Glenwood is one of Durban’s oldest areas, made up of tree-lined avenues flanked by elegant 19th century mansions which attest to a bygone era, and offers a great alternative area to stay in. Its central location means you can easily access the Golden Mile and the city centre, while staying in an atmospheric, easy-going area. Because of the nearby University campus, Glenwood is the favoured residential area of academics, creatives and designers, and because of this the area also has a trendy café culture and vibrant bar and restaurant scene. The neighbourhood also offers a cluster of vintage and quirky shops selling offbeat fashion and second-hand wares. The main action is centred around the Helen Joseph Road (formerly Davenport Road) and Bulwer Road. 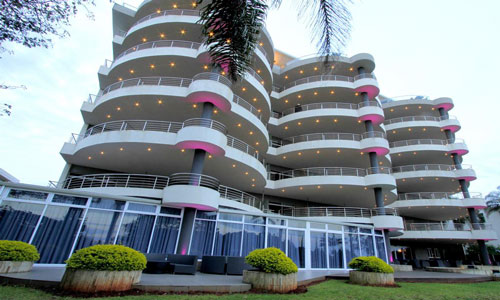 Musgrave is a prosperous neighbourhood located within the Berea suburb of Durban, close to Glenwood. It is the most upmarket neighbourhood in the city and boasts sweeping vistas of the Durban Beachfront, Harbour and Business District as well as the Royal Durban Golf Course and Botanical Gardens. It is a popular alternative place to stay for those searching for something more tranquil, thanks to its close proximity to Durban’s main attractions, good transport links and a favourable range of hotel options.