WHERE TO STAY IN LAGOS, NIGERIA 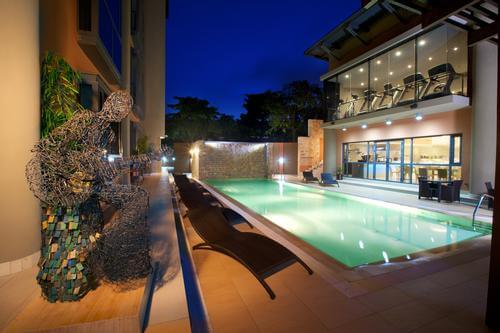 Which are the best areas to stay in Lagos?

The West African metropolis city of Lagos is in one word, crazy, it is ever hustling and bustling whatever time of day though the noise and aura of the place is certainly unique and is odds on different from anything that you have seen before. Lagos is spread over the mainland as well as the Islands, which are joined by three major bridges and offer a dozen popular and decent beaches. There are also a good number of remarkable art galleries as well as exclusive museums, parks and markets.

The best areas to stay in Lagos are Victoria Island and Ikoyi on Lagos Island, which are located in Lagos harbour and are joined by bridges. These islands are close to the main Central Business District and therefore there are plenty of high-rise buildings, entertainment spots, shopping opportunities and excellent beaches to sunbathe and swim off. Both Ikoyi and Victoria have great nightlife with a huge selection of cafes, bars, clubs and restaurants along with many choices of accommodation as well as leisure activities.

Ikoyi and Victoria Island, the best areas to stay in Lagos 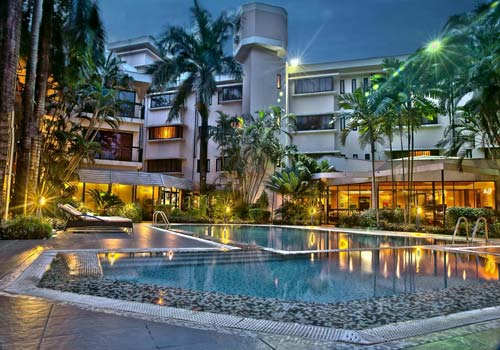 Ikoyi holds the distinction of being the most affluent neighbourhood in the entirety of Lagos State. It shares borders with the Lagos Island and Lagos Lagoon, which gives it a natural scenery that is a sight to behold. No wonder it has been dubbed the Beverley Hills of Africa.

Awolowo Road is one of the main attractions in the city. It is a high street featuring a plethora of upscale shops, boutiques and restaurants that display the glamour of the area.

The area is home to some of the most expensive and valuable real estate investment in the state, along with Victoria Island. Ikoyi is also home to new suburbs such as Parkview Estate, Banana Island, and Dolphin Estate – all of which features several luxurious blocks of flats. 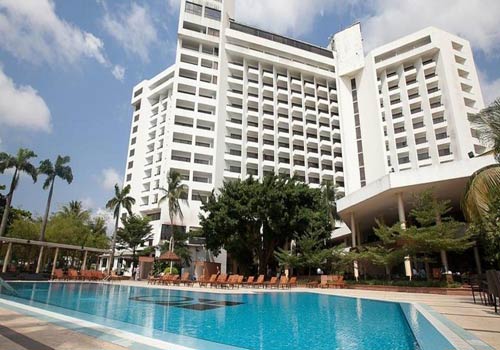 Victoria Island, or popularly known as VI, is an affluent area that serves as the business and financial hub of the state. This one of the most exclusive areas to stay in the state – and this allows it to guarantee the safety of its numerous visitors all year long.

Places of interest to visit when in the area include the exotic Kamp Ikare Beach Resort, Bambuddha Restaurant & Lounge Bar, Candy Patisserie as well as numerous shopping malls.

Victoria Island is also home to some of the most popular nightlife clubs and lounges in the state. Club Quilox located in Victoria Island offers the best of nightlife enjoyment – as well as a chance to meet many top Nigerian celebrities who frequent the club. Others include Escape Nightlife and Cubana, Victoria Island.

Eko Hotel & Suites is a five-star hotel with a luxurious conference centre. It offers the perfect blend of international standard and African culture as well as amenities such as free Wi-Fi, 5 restaurants and a bar.

Other areas to stay in Lagos 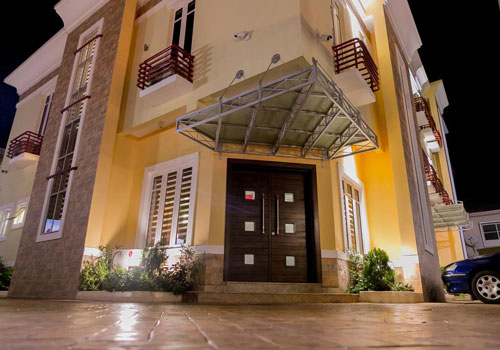 The city has been a centre for showcasing the rich African culture – it has hosted many international events that have helped it display its unique culture to the world. Festac ’77 which is also known as Second World Black and African Festival was a successful cultural jamboree held in Surulere. The African essence and culture were on display for four weeks. The area has also been host to sporting events such as the 1972 All-Africa Games and the 2009 Under 17 FIFA World Cup.

Surulere is notable for being a major transport node of the state – it connects the city mainland area with Lagos Island as well as Victoria Island. Some of the most popular centres of attraction in Surulere are the National Arts Theatre, andTeslimBalogun Stadium.

Surulere offers accommodation facilities that come with standard and VIP amenities. Examples include GE18 Hotels & Lounge, Aquatic Suites & Lounge and Hotel Bel Ami. These hotels are not just beautiful but also peaceful, safe and as well as being affordable to stay in.

Get the best taste of fried chicken at Tastee Fried Chicken. The offers tasty fried chickens that would make your stay in the local government are even more worthwhile.

Lekki is a city in Lagos State, Nigeria. The city is a naturally formed peninsula but has seen a lot of construction and development by the government of the state through its urban planning agency.

The pristine location of Lekki – it shares borders with the Atlantic Ocean, Lagos Lagoon and Lekki Lagoon – makes it a top destination of many tourists. Lekki is home to several gated residential developments and estates making it one of the safest place to stay in the state.

The city of Lekki has a well-linked transport system that ensures that every part of the city is accessible. The Lekki-Ikoyi Bridge helps link two of the most affluent areas in the state while the orderliness in the city can be seen in the Lekki Toll Gate and 2nd Lekki Toll Gate.

Lekki Conservation Centre, covering a land mass of 78 hectares is one of the popular places of interest in the city. It is a major Nigerian Conservation Foundation with the aim of conservation of wildlife found in the Southwest region of Nigeria. Over two million tourists have visited the centre with the secondary forest, Savanna grassland and swamp forest providing them with a green scenery to fall in love with.

Another place of interest to visit when in Lekki is the popular Nike Art Gallery. It is home to thousands of diverse artworks displayed throughout the year.

Get the best local and international cuisines along the Admiralty Way and Chevron Drive. Both of these areas are notable for the numerous and highly rated restaurants located there.

There ain’t no party like a Lagos party is a popular saying in the state. This is seen in the arrays of nightlife options available in Lekki such as Windlounge, Voodoo Lounge or Xovar Lounge – offering you the time of your life.