WHERE TO STAY IN MAIAMI FOR TOURISTS 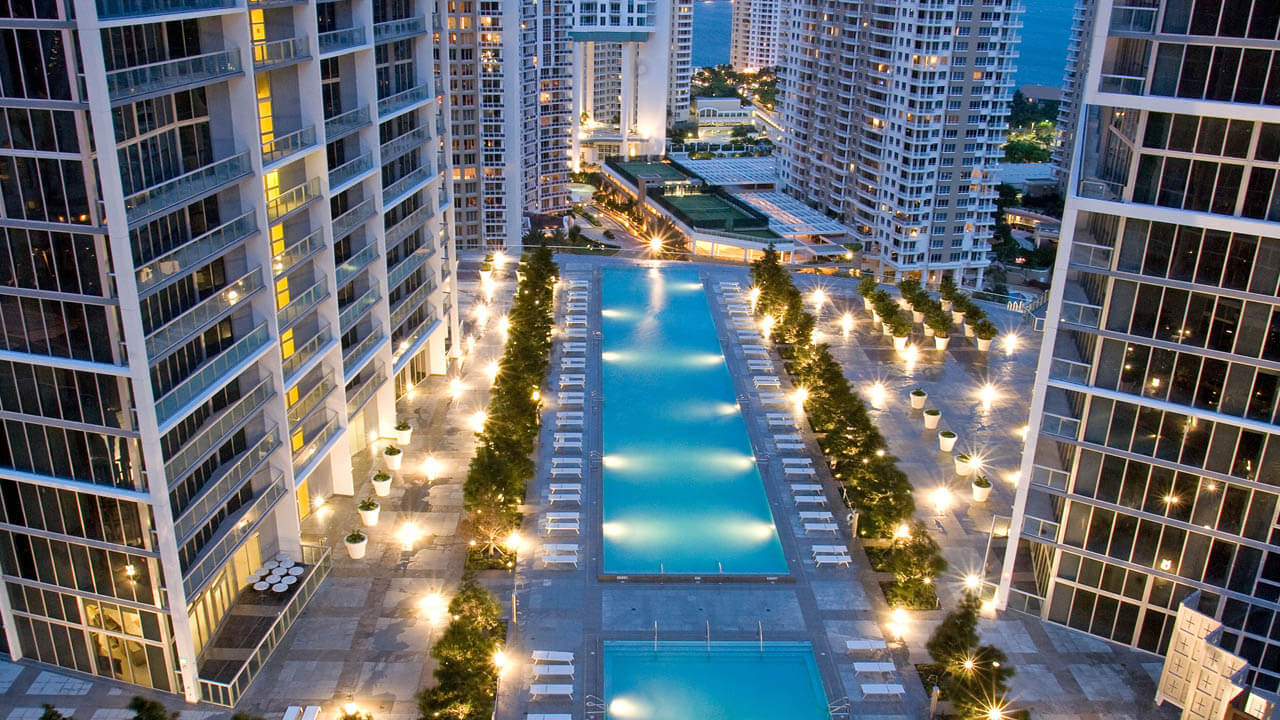 Where are the best areas to stay in Miami?

Choosing where to stay in Miami is an important decision when planning your trip. Located beside the Atlantic Ocean in South-eastern Florida USA, is one of the world’s most fun and popular cities, which is the amazing Miami. There are many lures in the city, which appeal to many visitors and there is an extremely friendly atmosphere, wherever you go in Miami. There are endless tourist attractions for all the family, art districts, bustling shopping malls, plush beaches and boat cruises and a wonderful array of superb hotels, bars and restaurants.

The best areas to stay in Miami are Downtown Miami and Brickell, which is the financial, cultural and commercial centre of the city. In these areas you can do all sorts and as you are located so centrally, you are never too far away from a tourist attraction. Here you can find various major museums, parks, theatres and some of the oldest architecture in the city as well as having an excellent choice of bars, restaurants and hotels. There is also plenty of shopping to do with Flagler Street being the most popular shopping area and there are towers, which give picturesque views of the city. You are also right by the sea and therefore you can chill by the beach or take a boat cruise.

Downtown Miami and Brickell, the best areas to stay in Miami 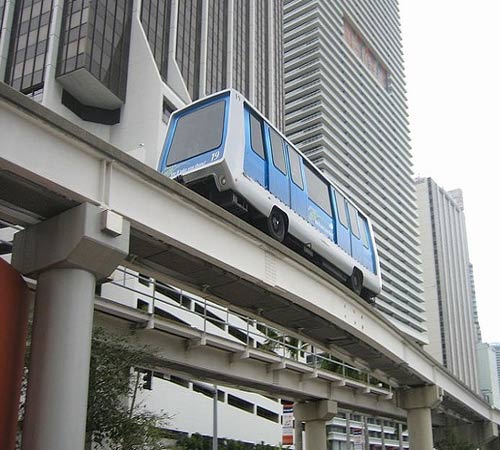 The downtown area of the city is well known for being the historic part of Miami with many buildings from the 19th and 20th centuries being found here. Most of the buildings that you will see are either used by the government or as residential purposes and are of the classical revival style. Some famous buildings in the area include: Alfred DuPont Building, The Congress Building, Freedom Tower, Gesu Church, Meyer-Kiser building and the History Miami Museum, which has fabulous exhibitions on the region’s history.

Two of the most famous parks in the city, Bayfront and Museum, are located in the downtown area and the Bayfront Park is the largest. This park always has things going on with many different classes, concerts and other events of the sort. There are also many monuments and memorials that are dedicated to previous presidents as well as the astronauts that died in the Challenger spaceship accident. The Museum Park is connected with the Bayfront Park and was opened in 1976 and is home to the Perez Art Museum Miami, which showcases modern and contemporary art. Both parks also offer brilliant views of the city and the Atlantic Ocean and is certainly one for the photo album.

Just opposite the Museum Park you will spot Watson Island and is accessible by road and is home to various tourist attractions. On the island, there is a large and fun zoo called ‘Jungle Island’, which has an amazing range of animals and has an extensive range of birds. Miami Children’s Museum has lots of fun themed exhibits with informative facts and knowledge on the region’s history and culture and there is a beautiful Japanese Garden close by. There are also boat tours, rentals and jet skis to experience, which is a great way of seeing the city, especially at night. For shopping, head to Flagler Street, which has all sorts of stores and department centers, where you will be able to buy many different products. There is a broad range of cuisine in this part of the city as well as bars and a brilliant range of luxury hotels. 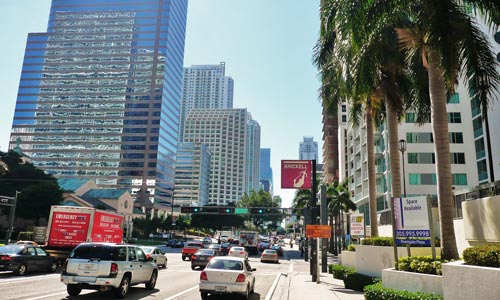 Brickell is just south of downtown on the other side of the Miami River and this neighbourhood happens to be one of the largest finance districts in the city. Brickell is where you will find “Millionaires’ Row”, which is found on Brickell Avenue and unsurprisingly is filled with the most expensive houses and apartments. There are many tall skyscrapers in this part of the city and some of them like the Four Seasons Hotel Miami and 701 Brickell Avenue are open to the public and where you can get outstanding views.

There are a good amount of parks and Simpsons Park is one of the best, which is home to many endangered plant species. St Jude Catholic Church is one of the best preserved buildings in the area and the First Presbyterian Church is one of the oldest in Miami. Right at the heart of the neighbourhood is the Mary Brickell Village, which is a mixture of retail shops and high quality restaurants and is well worth checking out. There are also a good number of theatres and cinemas in the area too and the International airport is very close by, making the area particularly accessible. Brickell is home to many splendid restaurants with varied cuisines including Argentinean, American and European and there are many bars and cocktail lounges to pick from.

Other places to stay in Miami 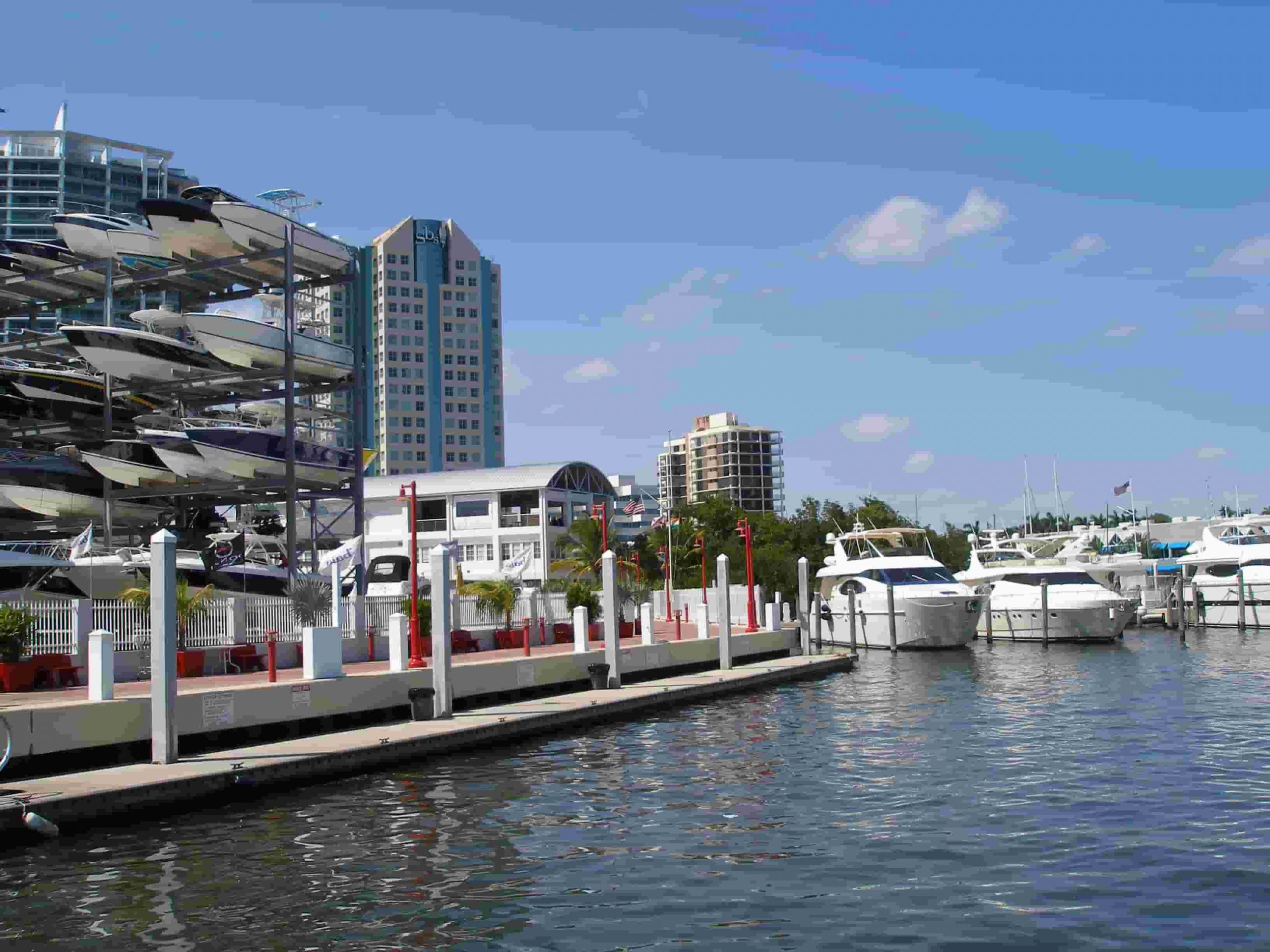 Overlooking Biscayne Bay, Coconut Grove is an attractive leafy upmarket neighbourhood that is the ideal place to stay. Founded in 1873, Coconut Grove is the oldest Miami neighbourhood. For leisurely moments there are side walk cafes and some great restaurants including Spanish and Cuban cuisine and a fun ‘home grown’ Thai.

For those who enjoy boats, there are six jetties stretching into the water with all sizes of boats moored alongside and there are several sailing clubs for all levels. Barnacle Historic State Park overlooks the bay and has its own mangrove swamp and Vizcaya Museum and Gardens are Italian in style and really interesting. For those who enjoy a browse in the shops, CocoWalk Mall is perfect as it contains some really snazzy shops. 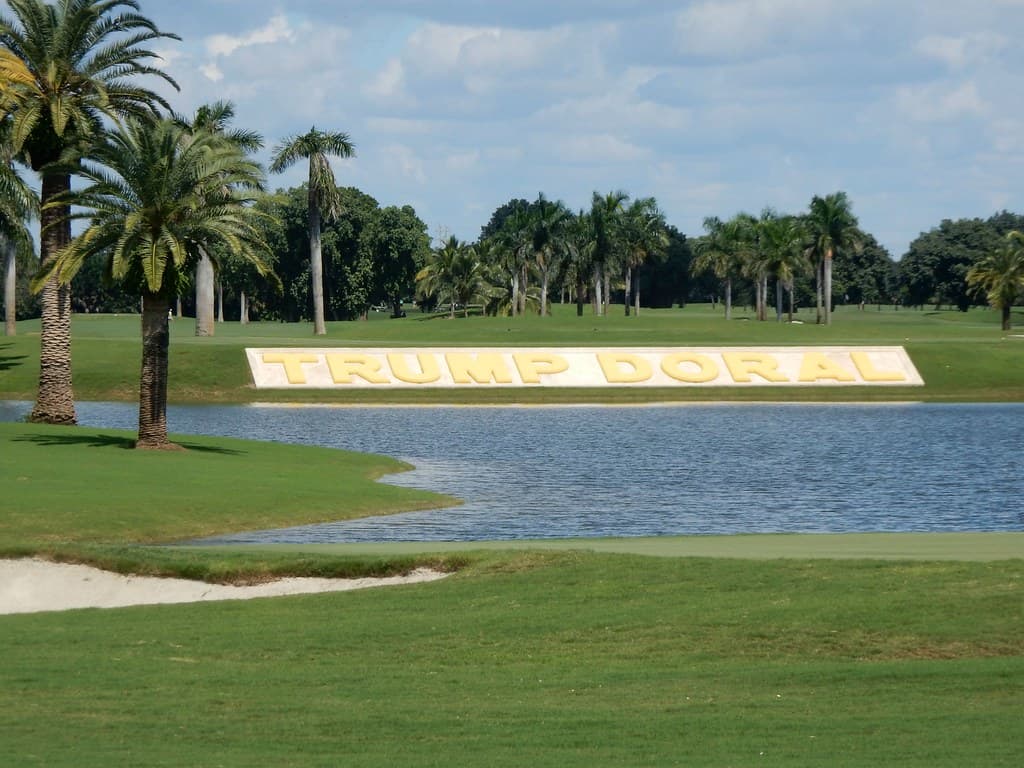 Doral is a growing art-filled city in Miami that offers world class golf, fine dining and top shopping. Doral is a superb place to stay as there is just so much to do and also seven beautiful parks for simply relaxing and doing very little! Situated just a mile from Miami International Airport, Doral offers the perfect holiday for everyone from cheap vacations to luxury getaways. CityPlace Dural is an exciting complex with scores of shops and restaurants.

There is also the spectacle of the dancing fountains that dance to music ranging from Beethoven to Lady Gaga! Downtown Dural is a similar upmarket complex and visitors are welcomed with two impressive 30 feet steel sculptures. There are amazing dining options in Doral, ranging from Asian and Cuban cuisines to South American steakhouses. It is so easy to get around Doral as there is a really good trolley bus network. 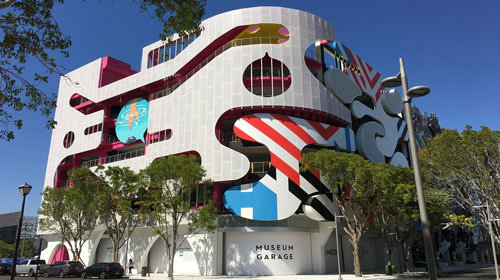 This neighbourhood is a few miles north of downtown and even though it is a small area, there are a lot of things to do with the art and design world. The Arevalo Gallery, de la Cruz Collection Art Space and Etra Fine Art are all excellent galleries and the Haitian Heritage Museum is an award winning museum that has various art exhibitions on the country. There are countless galleries, art showrooms and retail shops where you can buy paintings as well as souvenirs. There is a good range of restaurants in the Design District including pizzerias, Italian, American, Greek and there are a few decent luxury hotels.

This area has much history and was where many Cubans moved to during the 1970s. Today, there are many different cultures but there is a strong vibe of the country as there is the Cuban Memorial Boulevard and Gomez Park. The neighbourhood is also home to the largest street festival in the world, Calle Ocho parade, which is a must do if you are there at the time. There are also plenty of Latin restaurants and shops and a good amount of hotels.