WHERE TO STAY IN MONTEVIDEO, URUGUAY 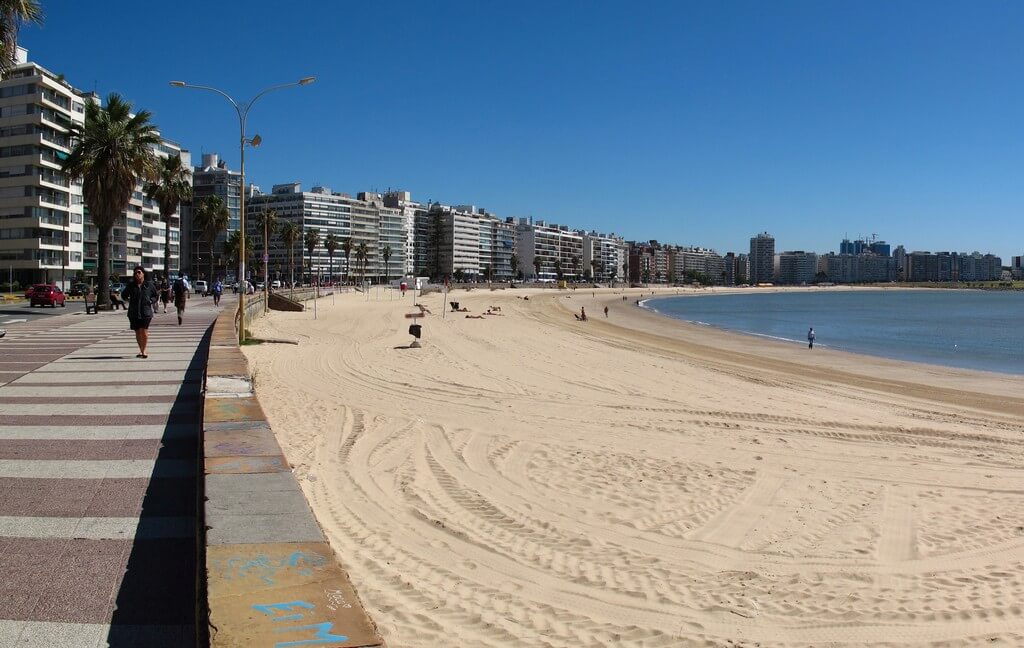 Where is the best place to stay in Montevideo?

Montevideo is a place of traditions and is one that doesn’t like to change with the Uruguayan capital city even been coined South America’s “Paris” as the layout of streets and architecture is similar to that of the popular European city. The pace of Montevideo is something that is highly praised as it is slow and tranquil, which is particularly interesting for a capital city. There are numerous historic buildings, informative museums, various art galleries, important squares, brilliant shopping and a diverse nightlife.

The best areas to stay in Montevideo are Pocitos and Punta Carretas as they are some of the most tourist friendly neighbourhoods in the city and are located in the prettiest part of Montevideo. Both areas are both found along the Rambla, which is a waterside roadway, where people love to walk, bike and drink along it. Both Pocitos and Punta Carretas are upscale neighbourhoods that are close to beaches, historical attractions, shopping, restaurants, nightlife and top quality hotels with some overlooking the beaches. These districts are also well connected to the city and aren’t far from the city centre as well as easily accessed from the airport and other main public transport stations.

Pocitos and Punta Carreras, the best areas to stay in Montevideo 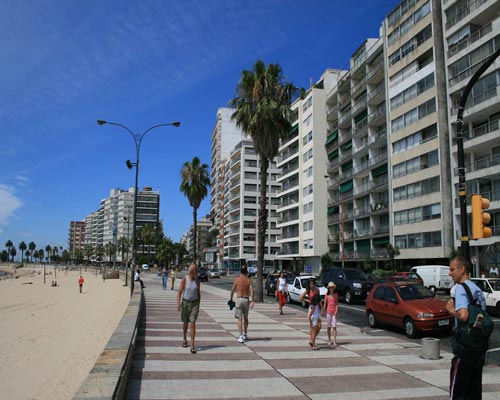 Pocitos is only ten minutes from the city centre, which make it an ideal place to stay in and is a very popular tourist neighbourhood due to it being the safest area in the city and has some of the most luxurious hotels in the city that line the waterfront overlooking the fabulous crescent-shaped beach, Playa Pocitos.

The beach is a favourite with locals and tourists alike with its golden sand and clean waters and is where you will find a whole host of activities going on from football, volleyball, banana boating, parasailing, jet-skiing, sailing, surfing and of course swimming. There are also regular events like concerts and festivals that are held on the beach too and all around the beach is the Rambla, which is the ultra long promenade that goes on for over 20 kms down the coast. This part of the Rambla around the beach has many fancy restaurants, cafes and shops, which bring in people from miles around and even as far as Argentina and Brazil.

On the weekends, there is a market that takes place along the promenade and is where you can buy all sorts of products like clothes, jewellery, food, art and much more and furthermore is a place where you can bargain. If you prefer a shopping mall, then there is no better place than Montevideo Shopping Mall, which is a large and modern shopping centre that contains a massive selection of Uruguayan brands as well as some international ones and there is also a food court.  A little inland from the beach brings you to the older part of the neighbourhood and is home to some architectural places of interest including the Russian Embassy, Italian Embassy and various graceful old mansions like the Bar Valerio, which is now used as a woman’s dance and arts centre and is features stained glass windows and decent-sized columns.

There are some rather good looking religious buildings to seek out with most of them either on Cavia Street and Ellauri Street and include St John’s Church, Church of Our Lady Fatima and Beit Jabad. There are also a couple of nice parks to the north of the beach that offer great views of the sea and river and either here or the Rambla are perfect places to see the sun come up or down. Most of the nightlife happens on the Rambla but there are also some good bars to check out along Libertad Street and is also home to a vast array of restaurants and some hotels too. 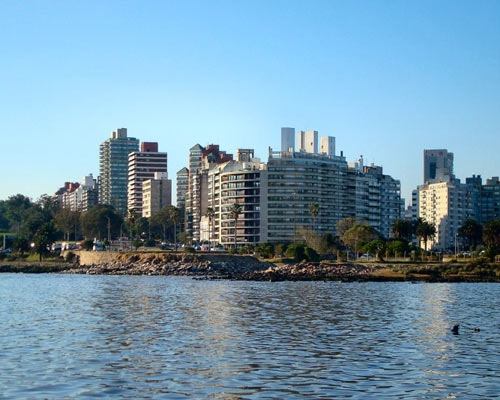 Punta Carretas is adjacent to Pocitos and along with its neighbour, it is one of the most upscale districts in Montevideo, where many large and famous hotel chains are located like Hotel Sheraton, which dominates the horizon. This is another very popular tourist district due to the amount of things to see and do and again is well known for its safety, which is why Punta Carretas is a very wise place to stay in.

The neighbourhood includes part of the main central park in the city called Parque Rodo, which has a strong French influence and commemorates the famous Uruguayan writer, Jose Rodo, and there is a monument of him in the south of the park. The park includes an amusement park, the Faculty of Engineering, a golf club, a lake, a summer theatre, the National Museum of Visual Arts and a busy street market that takes place on Sundays.  Other things in the neighbourhood include the Juan Zorrilla de San Martin museum, which is dedicated to the poet of the same name and consists of his personal belongings.

The lighthouse found in the east of the district is worth a look too as it has excellent vista over the ocean, which has a height of 21 metres and sends out light 15 miles away and is open to the public. Perhaps the main attraction in Punta Carretas is the huge shopping mall that is named after the neighbourhood and not because it’s the most upscale mall in the country but because before it was where the city’s main prison was located in the 1970s.

The military regime used it to torture dissidents during its twelve years of operation with one in 500 Uruguayans serving six years or more for supposed subversive activities. Today, the shopping centre has several levels that are full of international fashion brands as well as a food court and a cinema complex.

For nightlife, the best place to try the Rambla as it has the most amount of pubs, clubs, restaurants and hotels with something for everyone and caters for all budgets.