WHERE TO STAY IN BUENOS AIRES 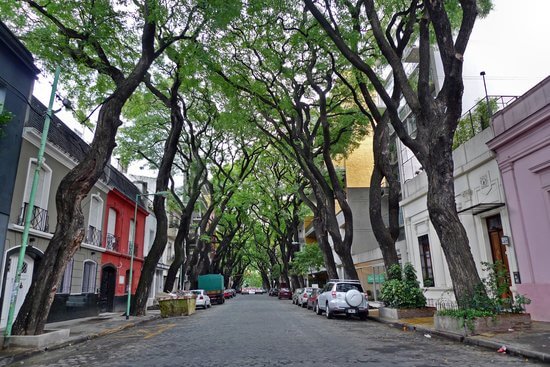 Where is the best area to stay in Buenos Aires?

The capital of Argentina, Buenos Aires, is South America’s most visited city, which is particularly well known for its European-style flavour in architecture as it was built by European settlers and is the reason why it was nicknamed the “Paris of South America”.

This lively and bustling city can be anything and everything you want it to be, which comprises of delicious food, vibrant nightlife, beautiful people, amazing entertainment, sexy dancers and some of the best sightseeing in the world.

The best area to stay in Buenos Aires and the area that we recommend is the neighbourhood of Palermo. This part of the city is located in the northeast of the city, which is dominated by some of the most spectacular architecture and is conveniently in walking distance of the sea. Palermo is the biggest neighbourhood, or ‘barrio’ in Spanish, in Buenos Aires and happens to be home to many tourist attractions as well as being one of the best places to wander around as it offers ample photo opportunities of the coast, the buildings and places of interest. This area also has excellent shopping, exciting nightlife and a brilliant range of hotels and restaurants that will make your trip that bit extra special.

Palermo, the best neighborhood to stay in Buenos Aires 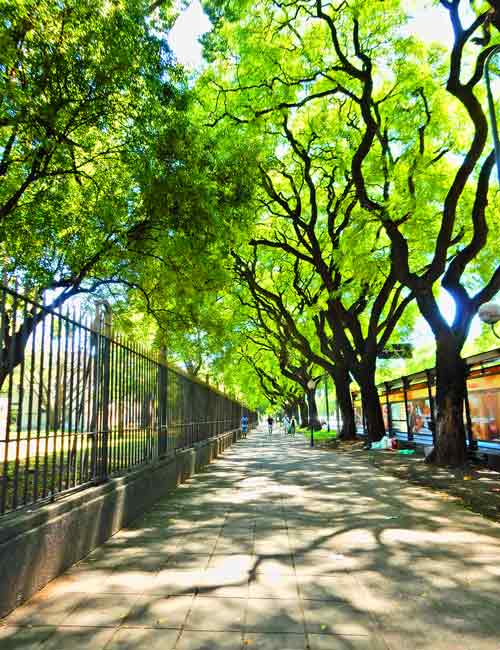 As the area of Palermo is particularly huge, it is separated into various parts and this makes it easier to find places. ‘Viejo’ is the oldest part of Palermo and due to the architecture, there is a strong Spanish colonial feel to the place, which was once home to Che Guevara. The ‘Soho’ area is the newest and has a friendly party vibe, where locals and many expats and tourists mingle in the bars and restaurants that surround the square. Don’t be surprised to see tango dancers in the street that could either be performing or rehearsing as well as various other performers.

The most interesting part of Palermo is ‘Nuevo’ as it has some excellent tourist attractions including the zoo (been there for over a hundred years), the Botanical Gardens, Japanese Gardens, a Spanish monument that was erected by the local Spanish community and Palermo Woods. The woods is the largest green area in the capital and is even home to the Eduardo Sivori Museum that displays work of some of the best Argentine artists like Antonio Berni, Pio Collivadino and Libero Badii. The Galileo Galilei planetarium is an impressive sphere building and is also found in the park. The planetarium gives tourists the chance to inspect evidence from space like rocks and fossils as well as independent projectors for most planets, the sun and moon. You will notice that lots of people come here to walk, run, cycle, socialise and play various sports, which makes a great place to have a picnic too.

The main shopping area is in the centre of the district called ‘Alto Palermo’ and there is a huge shopping centre, where you can purchase various goods like clothing, souvenirs, cosmetics, food and much more. The shopping centre is right next door to the bus, train and metro stations and therefore the area is particularly accessible. The upmarket area of ‘Las Canitas’ is teemed with high rise buildings that consist of bars, restaurants and hotels but is also very sport dominated with the racetrack holding the annual National Derby. The Polo Stadium has matches weekly with tickets being easily bought and is sometimes used for field hockey too. Another upmarket area is ‘Chico’ and these meandering and winding streets are the residence of the rich and famous of the city, so do take your camera in case you spot a celebrity. The Latin American Art Museum of Buenos Aires is located in Chico too, which is one of the most impressive museums in the city and is an ever expanding selection of art that is created by artists from all over Latin America.

Other areas to stay in Buenos Aires 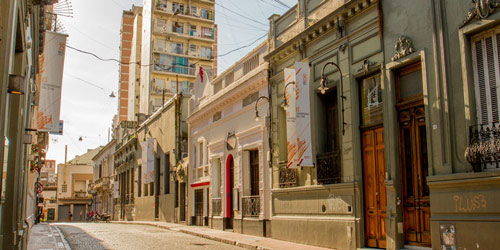 This part of Buenos Aires is absolutely beautiful and happens to be the most historical part of the city. Many people compare it a little with Palermo, though can feel a little run down in some places but is a fun and busy place that oozes local community atmosphere. The narrow cobbled streets are littered with families and friends that sit outside antique, convenience and clothing shops. Artists, musicians, tango dancers and market workers also fill the streets with the noise that symbolises everyday life in this area, which showcases European architecture wherever you go. 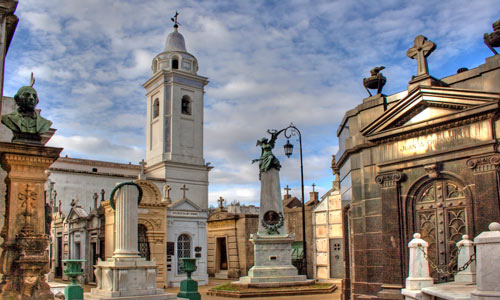 This is another area that is glamorous and breathes quality, which is full of remarkable European-style buildings that are heavily influenced by France and Italy rather than Spain and most of it has been splendidly maintained. Recoleta is Palermo’s next door neighbour and follows on from the same vibe though is generally quieter than Palermo, as it is pretty much a residential part of the city. Having said that, there are also quite a few tourist attractions with the most important being the Recoleta Cemetry, which has been there since 1822 and is the resting place for many instrumental people from Argentina’s history. The Cultural Centre has different exhibitions of art throughout the year as well as permanent collections from local and national artists.

There are also numerous schools, libraries, colleges and universities, where parts of these establishments are open to the public. The area is also well known for its high-end shops including Italian and French designers and brands that line up next to international awarded restaurants that cater for all types of cuisine.