WHERE TO STAY IN MOSCOW 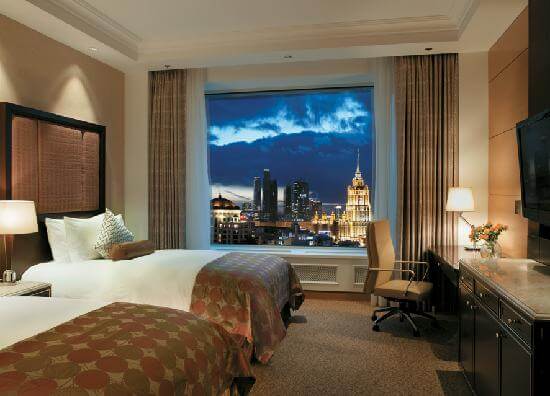 Where is the best place to stay in Moscow?

Situated on the Moskva River, Moscow is a majestic city with a fascinating past. Here you can see some of the world’s most iconic buildings and trace the history of the Soviet Union, as well as the architecture of the Russian Empire. To see the heart of Moscow’s history, head to the Red Square, a vast and beautiful square where you’ll find many famous buildings. The Kremlin, a huge compound of churches and palaces, lies in this area and you’ll need a few hours to stroll through it. Next, go and marvel at the strangely beautiful domes of the Saint Basil's Cathedral, a famously iconic building with colourful Byzantine towers. Art lovers should see the State Tretyakov Gallery.

Now to discuss where to stay in Moscow. The best areas to stay in Moscow are in Arbat and Tverskoy, two districts that lie northwest of Red Square. Arbat is a district with a fantastic atmosphere where you’ll find street performers and artists. It’s based around a major pedestrianised street, Arbat Street. In this area there are plenty of souvenir shops and traditional Russian restaurants to keep you occupied, and it’s also near to Arbatskaya Station, from which central Moscow is just a few minutes. In the Tverskoy District, you’ll find Tverskaya Street, a major street of shops and restaurants running north of Red Square, placing you within walking distance of major attractions like the Kremlin and Saint Basil’s Cathedral.

Arbat and Tverskoy, the best areas to stay in Moscow 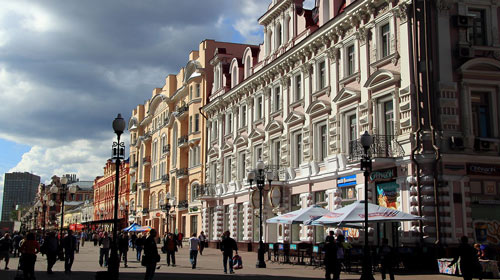 The neighborhood of Arbat is the most frequented of all areas of Moscow. The district is filled to the brim with souvenir stalls and shopping malls. There are always throngs of people hanging out at cafes, restaurants and souvenir shops. It gets a little quieter at the outskirts of the district however and here you can really take in some serene sites, like that of the Church of Christ the Savour, the largest cathedral in Russia.

With origins in the 16th century, Arbat dates back to the days when it was an ancient road that led from the Kremlin to the city of Smolensk. Arbot at that time was an artistic district as well, known as the quarter for artisans. That was the old Arbat, now the New Arbat, or Novy Arbat as it is known in Russian, is something of an entertainment district lined with flashy shopping malls and restaurants 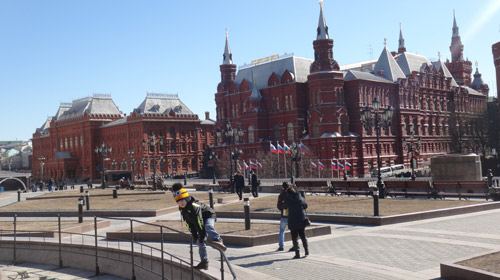 Tverskoy district is home to 22 major theaters, boasts an extravagant circus that was once home to the famous Yury Nikulin, a Soviet clown that made both kids and adults laugh for many years. This district is also home to the famous, “Pushkin Concert Hall and Cinema” This cinema is the site where the Moscow International Film festival holds its opening and closing ceremonies every year.

This district also has 14 major metro stations within its boundaries making it an ideal place to base your visit. As having adequate transportation in Moscow is very important the fact that Tverskoy is so amply outfitted with metro trains is very important. As long as you stay here you will never have to fight to find a cab. The train is available to take you anywhere you like.

Other neighborhoods to stay in Moscow 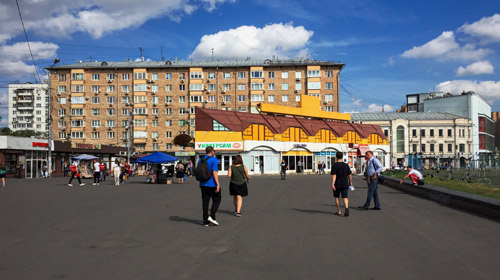 This district is a great stop to visit some culturally rich bars cafes, restaurants and residential buildings. Other features in close proximity include a zoo, the US embassy and of all things, “The White House”.

Yes, Russia’s very own White House is here. It is not the place where Vladimir Putin resides, but it is a major government building of the Russian Federation, and yes it is painted white, hence the name.

This Russian White House is also famous for being the backdrop of Boris Yeltsin taking command in 1991 on top of a tank during the fall of communism!

This is one of the most elite neighborhoods you will ever find in the city of Moscow, what is so fascinating about this residential area in downtown Presnensky District is the sheer number of Western Expats you will find in this area. You would think you were in some sort of wealthy refuge camp!

The Ponds were originally a marsh that was drained out in 1683 by the head of the Russian Orthodox Church. This Patriarch then ordered for several ponds to be dug up and to have fish stored and bred within the waters. Since then only one pond has survived. But this waterfront is still a popular destination and a number of excellent restaurants and cafes abound, and as an added bonus during the winter when the pond is frozen it is used as an ice skating rink! This location is always a Christmas favorite with the combination of the frozen pond, Christmas lights and other festivities.

The Ponds is also famous as the site of legendary Russian satirist Mikhail Bulgakov, who lived in an apartment building here from 1921-1924, a lot of his novels are written with the Ponds as their backdrop as well. His old apartment has been converted into the, “Mikhail Bulgakov State Museum”. This is also a must see attraction when visiting the area of the ponds. 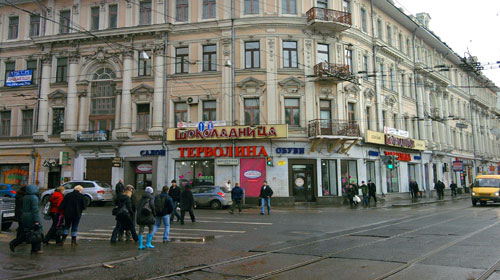 Basmanny district to the east in the belt of gardens is a fascinating blend of culture. Basmanny has a famous German quarter whose origins date back to the 16th century when Catholics and Protestants had to leave the city center and live in just one section of the Basmanny neighborhood. This was done on the orders of Tsar Alexey, and the roots of these intrepid visitors to Moscow are still visible today.

The word Basman refers to a particular kind of bread supplied to troops. Nowadays the best bread is supplied to tourists and ex pats. The ex pat population is very large in Basmanny. Some of the comforts offered here are affordable housing, and a diversity in cuisine that could appease almost anyone. The district has anything from Japanese restaurants to American titles such as TGI Fridays. One other important feature important to the newcomer to Moscow is that this district is home to the Kurskaya, Chkalovskaya, and Baumanskaya metro stations that connect Basmanny to the rest of Moscow. But that is not the only places these stations reach, Kurskaya has the capability of taking a traveler from Basmanny as far south as the Crimea in Ukraine.