WHERE TO STAY IN PORTLAND MAINE 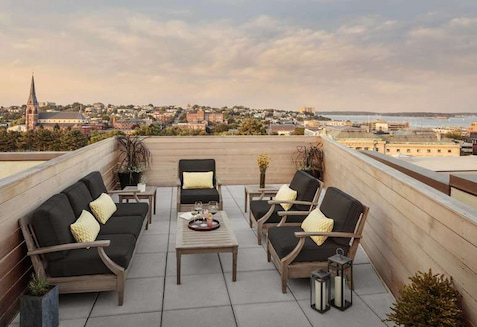 Without a doubt the best area to stay in Portland Maine is Downtown, which is just 8km from Portland International Jetport. The brick pavements and cobblestone roads of the regenerated Old Port District invite you in to explore many book stores, craft stores, visit it´s mansions, historical museums, operas, iconic ballet shows, as well as an ample selection of the city´s food and brewery destinations.

If you are interested in art and history museums, visit the Portland Museum of Art which is home to the largest collection of European art north of Boston. If you are travelling with children, the Children´s Museum & Theatre of Maine is a great option, as well as the Portland Observatory, and the historic Victoria Mansion. For those looking to enjoy some theatre, the Merrill Auditorium and the State Theatre are the best choices.

The most emblematic places in the area are the Old Port, which offers some amazing shops and seafood restaurants, Commercial Street where you can do a spot of shopping or stop for lunch, and Fore Street which is considered by many to be the most popular street in Portland due to its fantastic offering of restaurants, wine cellars, clothes and souvenir shops, among much more.

If you want to see a Portland Sea Dogs game, head to Hadlock Field. Many tourist routes can be explored on foot or by bike, but you will need to take the bus or go by car to get to some of the further afield places.

Maine is also a great option for sea lovers, as you can take one of the ferry´s leaving from Casco Bay for trips to explore the bay and nearby islands. Don´t miss out on a visit to Portland Head Lighthouse, which is considered the oldest lighthouse in the state of Maine, and is just 15 minutes away by car.

On the map, which shows the most convenient area to stay in Portland Maine, you can see a selection of some of the best located hotels. 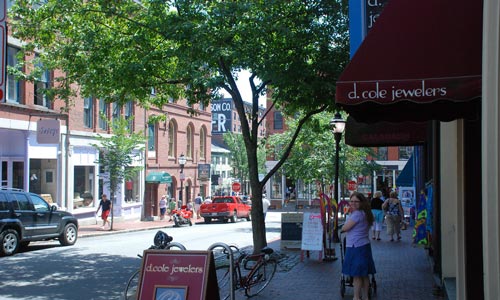 The best place to stay in Portland is the Old Port neighbourhood, known for its cobbled streets, brick XIX century buildings and the fishing docks. This district offers a lively nightlife, all sorts of shops, boutiques for great shopping and a large variety of breweries and restaurants where you can sample some great American food at any time of the day. Nearby you will also find some of the main tourist attractions, such as the Portland Art Museum, the Portland Science Center and the Victoria Mansion.

The location is also fantastic, as Old Port is situated in the lower part of Munjoy Hill, making your way downhill back to the hotel more pleasant than having to climb up the hill after a day exploring the city.

As its name suggests, Arts District is the best neighbourhood for art lovers. Here you will find a large number of galleries, music shops, museums and fine art schools. The area is less touristy than Old Port, meaning its great for mixing with the locals and experiencing the authentic atmosphere of Portland, away from the main tourist spots. However, make sure to be careful in some of parts of this area as some corners are frequented by beggars or the occasional unsavoury character. Despite that, there is a great atmosphere here and its easy to strike up a conversation with artists, or listen to music in the street. The Arts District also boasts many restaurants, cafés and cafeterias, as well as second hand shops for digging out a bargain. 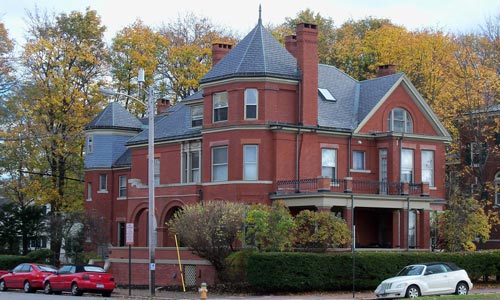 The West End offers a peaceful and pleasant atmosphere. You can walk to the Old Port from here, as well as explore the many shops and galleries of Congress St. on the way. The area is a prime example of economic and ethical diversity, which you can see from the many museums and cultural centers that are located here, such as the Maine Irish Heritage Center or the Museum of African Culture.

Alongside the famous Old Port district, you will find the East End neighbourhood, where stately homes intertwine with modern venues. You will find many exclusive shops, restaurants and places of interest here. If you stay in the East End you will be able to visit the Portland Observatory, exploring and enjoying the views from the Eastern Promenade or book a cruise around the Casco Bay.