WHERE TO STAY IN PORTLAND OREGON 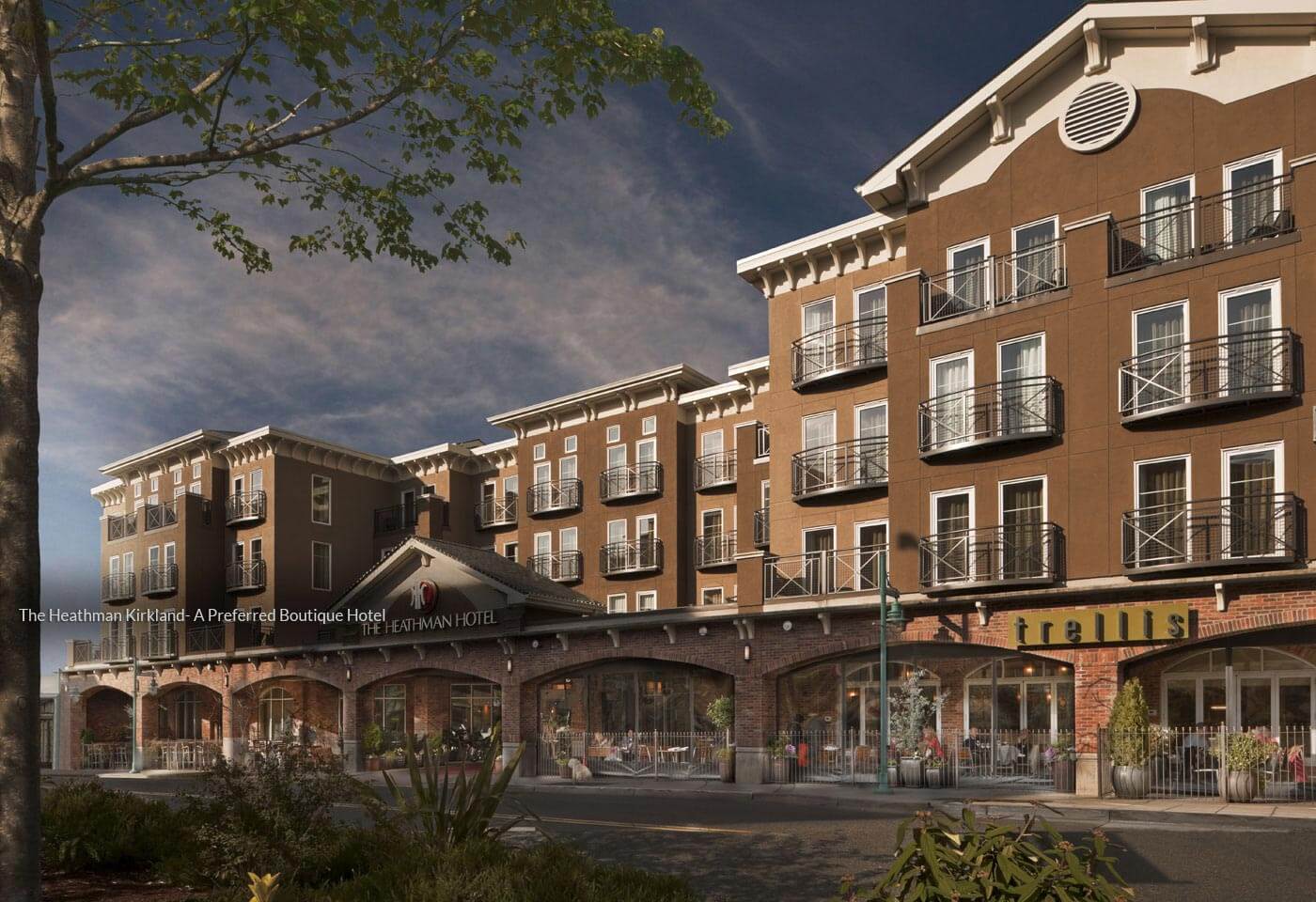 Where is the best area to stay in Portland?

Portland sits on the Columbia and Willamette rivers, near to the foot of the snow-capped Mount Hood. This city is famous for its lush green parks and its wonderful biking trails, with all of the leisure opportunities of a riverside city. Expect to encounter plenty of high quality microbreweries here, as well as trendy coffee houses and an eco-friendly crowd.

Head to Washington Park and spend an afternoon looking at the beautiful Japanese Garden, one of the largest of its kind outside of Japan. Don’t forget to pay a visit to the neighbouring Oregon Zoo while you’re there. For tranquillity, try the stunning Trillium Lake or, if you’re after some heritage, try Pittock Mansion.

If you’re looking to decide where to stay in Portland, the best area to stay is the downtown area. In this central district, you’ll be close to some beautiful green spaces, as well as the best of the city’s coffee culture and dining options. For those who are into shopping, the downtown area offers some excellent tax free shops as well as stylish independent boutiques. You’ll be within walking distance of the beautiful parks and river walk, as well as cultural attractions like the Portland Art Museum and the Oregon Historical Society. Getting around town is easy, with the MAX light rail nearby.

Downtown, the best area to stay in Portland 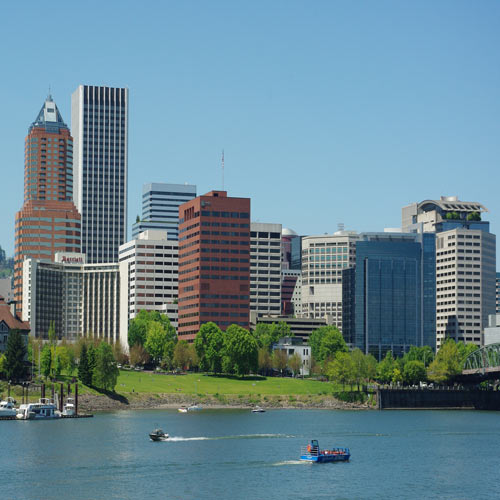 Portland is one of the best cities in terms of getting around, whether it’s walking, biking, or using the public transport system because the planning of the city meant that it was built in a grid formation as is much of the country. The downtown is no exception and is only a few kms from the Portland International Airport with lots of hotels providing shuttle buses to their doorsteps as well as the public bus, which drops you off in the same area. This district is well connected to other areas including Chinatown and the Old Town, which is only a couple of minutes away. The downtown area is one of the safest places to be in Portland as it is the main tourist hub of the city and therefore has a good amount of police force.

As with most cities, the downtown area contains many high rise buildings like office buildings, courthouses and universities with the centre of it all being the Pioneer Square. This red brick square was built around 30 years ago and is where you will find lots of Roman columns and is where you will see many people congregate to have fun and  have picnics as well as staging events. The square also has a park that contains water fountains, sculptures, games areas and lots of places to sit and have a rest. Around the square you will find lots of cafes, bars, restaurants and shops as well as a few concert halls and theatres too.

There are some excellent museums in the area including the Portland Art Museum, which contains lots of various exhibitions that portray artists from the city as well as people from around the country. Just opposite this is the Historical Society, which contains many artefacts from the city like documents, antiques, photos and art. The most scenic way around the area is by the Aerial Tram, which connects the downtown part to all around and is where you get some of the best views of the neighbourhood. Other things to see include the Portlandia, which is the second largest hammered-copper statue in the country after the Statue of Liberty and depicts a woman with a trident, who reaches down to new visitors.

Another decent park to visit is the Tom McCall Waterfront Park, which is found along the Wilamette River and this area is home to many memorials, fountains, sculptures, gardens and markets, which take place on the weekends. The best area for shopping is around Pioneer Square and Broadway with most streets having a huge amount of different shops and an upscale mall in Pioneer Place.

Portland has one of the best nightlife’s in the country and is particularly famous for its live music scene, from underground bars to huge national acts that play at stadiums. Some of the best places to check out include Doug Fir Lounge, Roseland Theatre, Crystal Ballroom and the incredibly famous Arlene Schnitzer Concert Hall. All of the streets including and between Pioneer Square and Broadway are full of bars, restaurants and hotels too and there is something for everyone. 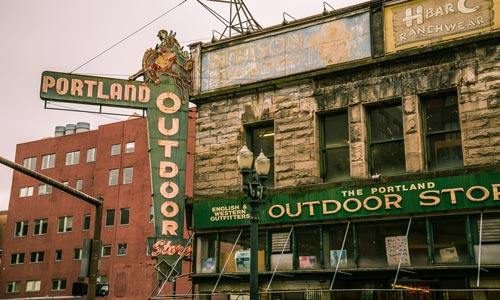 This area is just a few minutes train journey from downtown and is one that has good transport links as well as safety guaranteed, which make it a great area to stay in. The neighbourhood is generally friendly and there is a sense of community in this part of the city. Here you will find the Museum of Science and Industry, which is great for kids and adults alike and the Museum of Crafts has a wonderful collection of handmade crafts that have been made locally and nationally.

There are also various buildings along SE Forster Road to check out for architecture as there are plenty of mansions and there are some gorgeous parks like Crystal Springs, Laurelhurst Park and Mount Tabor Park, which all offer superb places to relax and have some down time. Go to the Aladdin Theatre for live music and head to 34th Avenue for shopping as it is surrounded by a vast array of shops. There are many restaurants, bars and hotels in the area with the highest concentration being around SE Forster Road and SE Powell Boulevard. 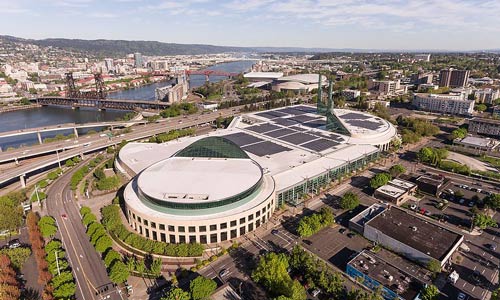 This area is an excellent area to stay in for many reasons like it is close to downtown, adequate transport links, a safe area and has many tourist facilities. The most dominating building here is the Lloyd Centre, which is a huge shopping mall with an indoor skating rink, cinema, restaurants, cafes and of course plenty of shops.

The Convention Centre is located here too, which holds different exhibits and events throughout the year and there are some brilliant parks to explore like Forest Park, which give you fantastic vista. For eating, drinking and sleeping, the best streets are NE Lloyd Boulevard and Ne Multnomah Street as there are countless options of each. 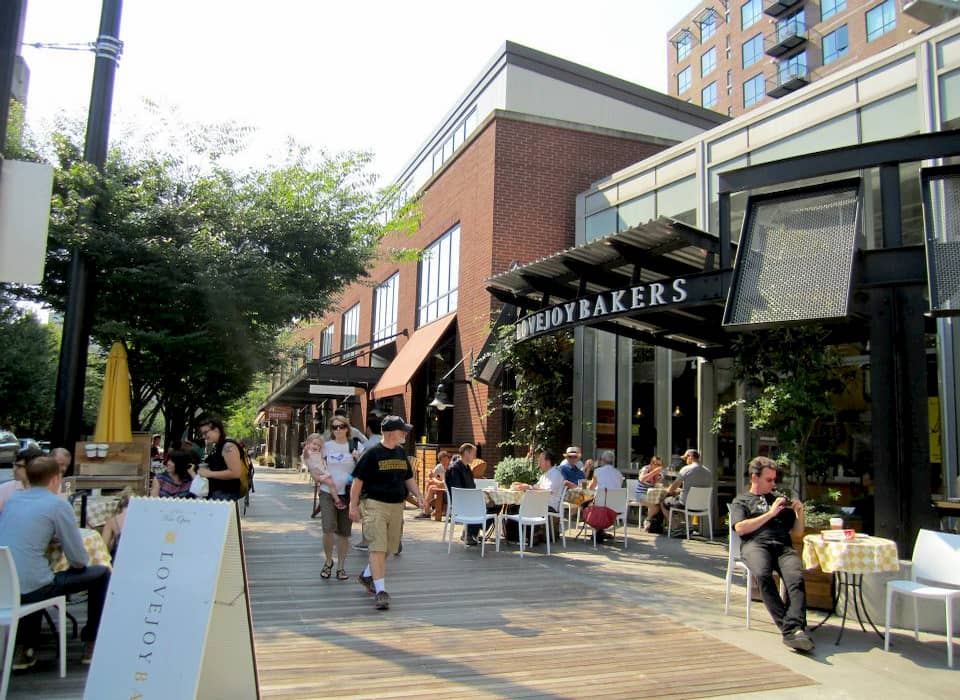 It is fun to catch a ‘hop on, hop off’ tour to explore the Pearl District and it is a dynamic area to stay. This fashionable shopping area has an eclectic selection of shops – many of them located in converted warehouses and loading docks, which give a clue to the area’s history. Powell’s City of Books occupies an entire block and has more than a million new and used books. It is perfect for ‘bookworms’ and is colour-coded so you can’t get lost!

There are stylish art galleries to explore filled with contemporary work, glass sculptures and dramatic photographic art and on the first Thursday of each month, there is an organised ‘art walk’. It is easy to spend a day in the Pearl District, as there are great restaurants, craft breweries, bars and coffee shops – as well as play areas for children. If you fancy cooling off, head for Jamison Square to have fun in the wading fountains.