WHERE TO STAY IN PUNTA DEL ESTE 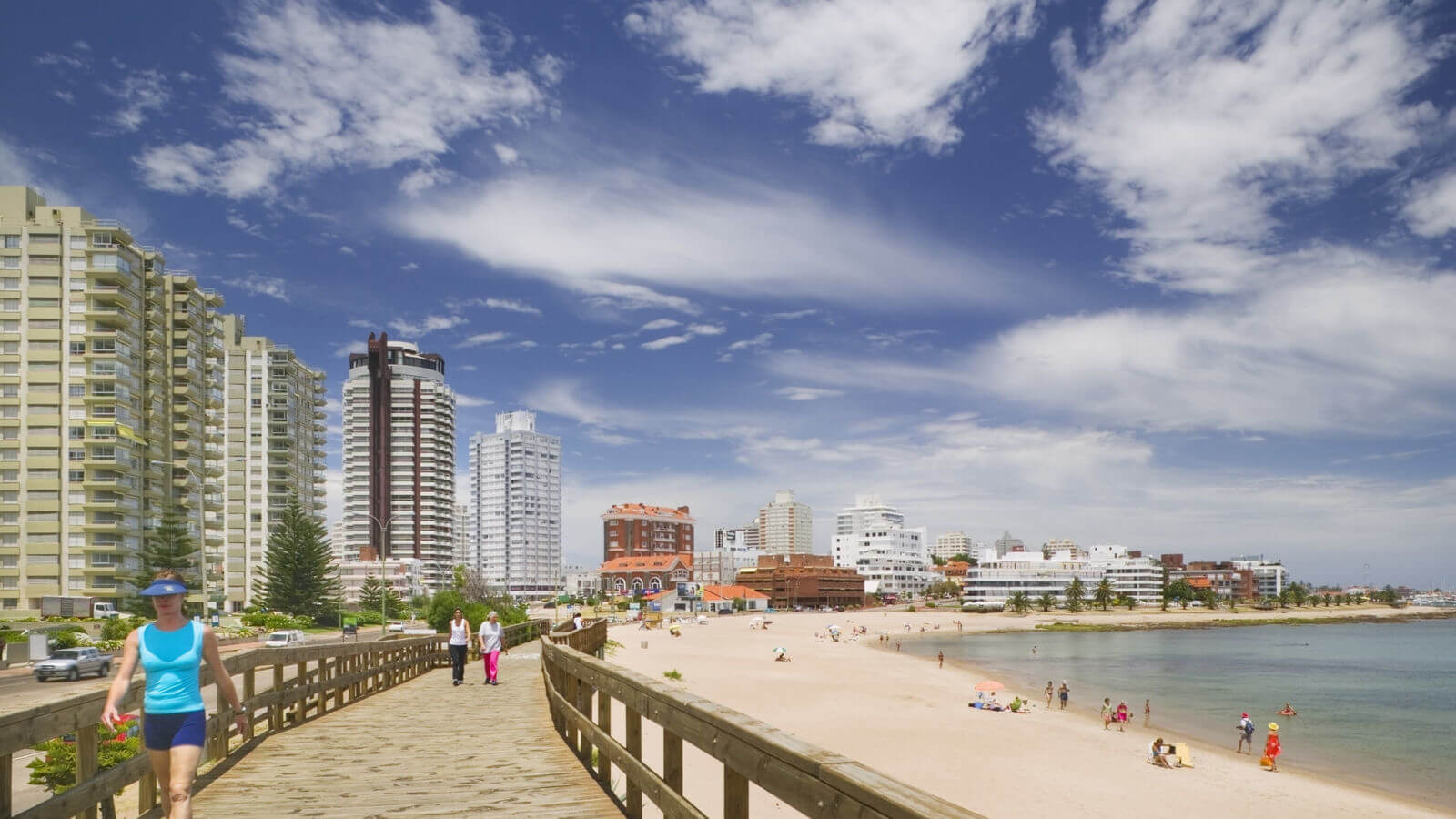 Where is the best place to stay in Punta del Este?

The best place to stay in Punta Del Este is the city centre, which is sat within the area known as the Peninsula. If you are staying in this central area, you will be close to Punta del Este´s two main beaches: Brava beach and Mansa beach, as well as being near to the city´s main casinos: El Conrad and el Nogaró, and close to Gorlera avenue which is the city´s main shopping streets.

The Peninsula also boasts many other places of interest, such as the port, an essential visit if you want to see sea lions, and the playa de los Ingleses, which is Punta del Este´s most southern beach joining the river with the ocean. Don´t miss out on an afternoon at the Emir beach watching all the surfer action, or a stroll along its iconic 20th street, also nicknamed “Fashion Road” after all of the fashionable shops located there. Casapueblo, Punta Del Este´s main tourist destination can also be found just 13 kilometres outside of the city centre, in the Ballena port area.

If you are young and visiting Punta Del Este for its nightlife, the best place to stay is the famous La Barra area, which is located about 10 kilometres outside of the city centre.

On the map, which shows the most convenient place to stay in Punta del Este, you can see a selection of some of the best located hotels.

The City Centre, the best place to stay in Punta del Este 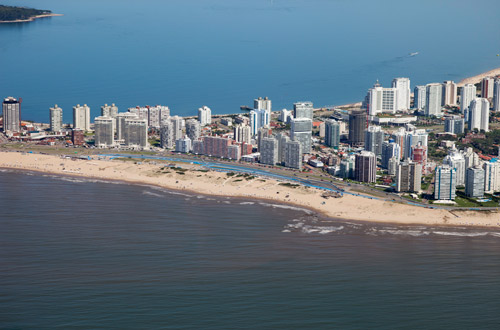 Punta del Este is internationally renowned for being one of the most important and exclusive resorts in America, and with good reason, many celebrities choose to spend their summer vacation here. The wide offering of restaurants, nightclubs, antique shops, cinemas, theatres and a lively nightlife make Punta del Este a highly recommended place to enjoy an unforgettable vacation.

The best place to stay in Punta del Este is the city centre, located in an area known as the Peninsula, where you can wander along the traditional Gorlero Avenue, one of the resort´s main avenues thanks to its abundance of palm trees and shopping. Nearby you will also find the Punta del Este Port, which has become a popular nightlife spot, with many different restaurants serving mainly seafood.

In the centre, you can also explore the different galleries and craft markets, enjoy the classic cafés, pizzerias and pubs or watch the sun go down from the pier band-stand. Its streets, unlike the rest of the resort, are numbered from 1 to 31, even though each street also has a name relating to sailing or the marine world.

If you are staying in the centre of Punta del Este, you will be just a stone’s throw away from two of the city´s most important beaches: Mansa Beach, which is ideal for all the family thanks to its small waves, and Brava Beach which is famous for its choppy waves and is the perfect spot for practicing aquatic sports, such as windsurf in winter. The resort´s most prestigious casinos are also nearby: The Conrad and the Nogaró, each offering luxury entertainment centres.

Other areas to stay in Punta del Este 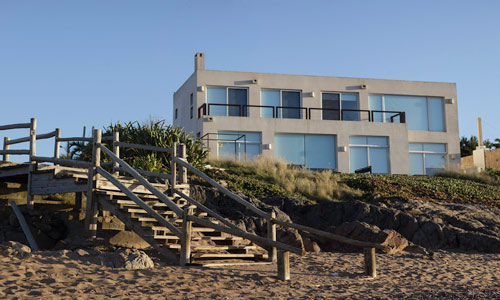 Just a few miles from the centre of Punta del Este, you will find one of the most popular tourist destinations called La Barra de Maldonado, which was a small fishing village that has grown in popularity over the years and now offers a wide range of tourist attractions.

Among the area´s most popular attractions you can enjoy its beaches; nightlife; especially in summer, and the “wavy bridge” or La Barra Bridge, located by the Arroyo Maldonado estuary, which is ideal for fishing and water sports. 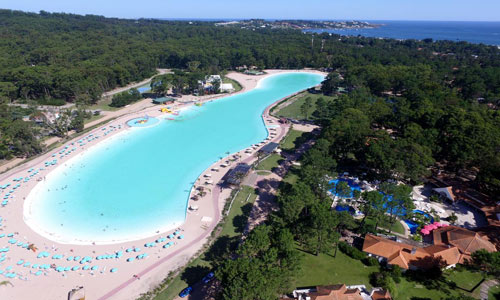 As far as beaches in Punta del Este go, Solanas is one of the best beaches thanks to its shallow, calm and natural water, making it perfect for families. On top of that, the view over Punta Ballena and its amazing sunsets make this area truly irresistible to tourists.

Solanas can be found just a few minutes from the bustling city centre of Punta del Este, at kilometre 117 of the Interbalnearia route, between Tio Tom and Punta Ballena. One of the most popular activities in Solanas is water sports, making the most of its excellent natural port; and the Club del Lago for golf lovers, which is located to the north of the same Interbalnearia route, and is considered to be one of the best courses in South America. Another and attractive option is to explore the area by bike, which you can rent in the shopping centre found on that same route. 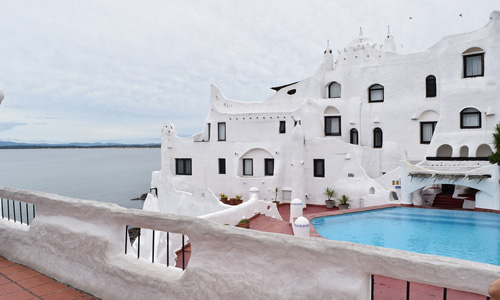 Punta Ballena is situated to the west of Punta del Este, approximately 18km away and is known for being one of the most beautiful places on the Uruguayan coast. On the west side, you will find a small port where you can also practice water sports and of course enjoy the Portezuelo and Solanas beaches; on the east side, you will find caves and pebbled beaches, with views over Punta del Este and the Gorriti Island; where you can also visit the Casapueblo house and workshop.

Just 3km away from Punta Ballena you will find the Laguna del Sauce and nearby, the International Airport which shares the same name.