WHERE TO STAY IN SALZBURG, AUSTRIA 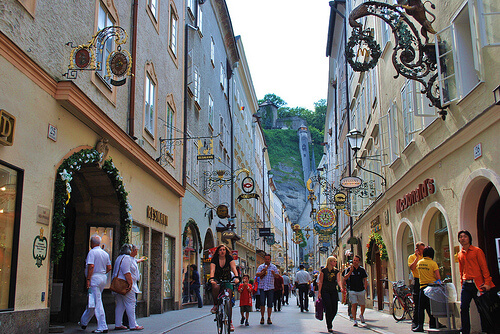 What is the best area to stay in Salzburg?

Salzburg is a charming city, surrounded by mountains which run along both sides of the Salzach river. If you want to be close to all that the city´s places of interest and enjoy all it has to offer, the best area to stay is the historic centre or Aldstadt. Here you will find narrow streets, luxurious palaces and can wander around admiring the many illustrious buildings, such as the Abadía de Nonnberg or the San Pedro building. Its Baroque cathedral deserves extra special attention. Walk on to the marvellous Plaza Residenz and the pedestrian Goldgasse street, where you will find the house Mozart was born in, along with the city´s best dining establishments. Its restaurants, cafés and bars are very popular.

A bit further away you will find the Hohensalzburg fortress, set on top of a hill from which you can enjoy beautiful views. Salzburg is also famous for its music festivals. There are many different events happening all year round, such as the week of Mozart or the jazz festival. The street offers music to suit everyone´s taste.

Outside of the city you can take day trips to visit the Untersberg mountain. You can take a cable car up to the top to enjoy the amazing views over the region.

On the map, which shows the most convenient area to stay in Salzburg, Austria, you can see a selection of some of the best located hotels.

Old Town, the best area to stay in Salzburg 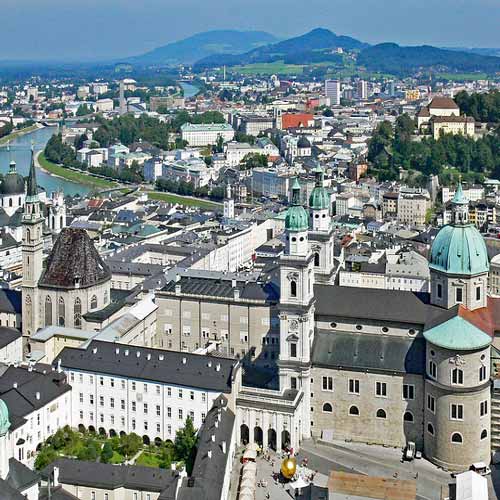 Salzburg’s Old Town, or Altstadt as it’s locally known, is one of Salzburg’s most scenic areas, and it’s where you’ll find many of the city’s best attractions. The streets of Aldstat are lined with beautiful and historic buildings, and the city’s history can be seen at every corner. The area is even recognized as a World Heritage Site.

Altstadt’s attractions include Salzburg’s 17th Century Cathedral, which is often top on many visitor’s lists of things to see, as a venue where Mozart was baptized, and where he later played the organ. The impressive building is beautiful both inside and out, with some truly unique architecture making it a sight like no other. Other historical landmarks where you can learn and see the city’s history include the Abadía de Nonnberg (the Nonnberg Abbey), St Peter’s Abbey, and several local churches. All of these buildings give a little insight into the past of this beautiful city, and they can all be reached by foot if you’re staying in the Old Town area. Perhaps one of the area’s most impressive attractions though is the Hohensalzburg Castle, which is one of the largest medieval castles in Europe. The castle is still technically located within in the Old Town area, but it’s slightly further away than most attractions because it’s set at the top of a hill. Wherever you’re staying in Alstadt though, it shouldn’t take you more than 20 minutes to walk to the castle’s entrance.

Another of the area’s most popular attractions is the Plaza Residenz, where you’ll find Salzburg’s most beautiful fountain, Residence Fountain. The fountain is a sight to behold, with ornate details and jets of water, and is considered one of the most significant Baroque monuments in Europe. There’s always something going on in this square, whether it’s a street performance, or public airings of important sports or music events. Fans of the Sound of Music film might also recognize the location from the film. So it’s definitely an area that you want to stay nearby, if you want to be involved in the square’s events that is.

For Mozart fans, there’s no doubt that the Old Town area is the best place to stay. It’s the area where Mozart was born, and there are several monuments that pay tribute to him around the area. Goldgasse street is a small pedestrianized street where Mozart was born, there you can see his first home, number 9. Then there’s the Mozart Residence on Markatplatz, Mozart’s second family home, where today you’ll find a museum showcasing Mozart’s fortepiano and other items.

So if you want to be as close as possible to the city’s main attractions, and throw yourself back in time as you walk the streets where Mozart took his steps, Alstadt is definitely the area you want to stay in during your time in Salzburg.

Other districts to stay in Salzburg 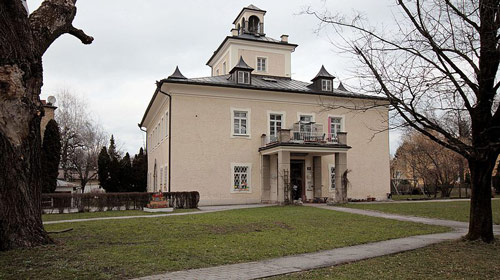 The Elizabeth-Vorstadt district is a fairly central area, just outside of the Old Town. Tourists often choose this area to stay in to be close to the city’s historic Centre without having to pay central hotel rates.

The area is close enough to Alstadt that the central attractions are still walkable from the Elizabeth-Vorstadt area. For example, Mozart’s birthplace is only a fifteen minute walk from the Elizabeth-Vorstadt district, and Mirabell Palace and Gardens are only a ten-minute walk from this suburb, and for those that appreciate natural beauty, this attraction can be an interesting and romantic day out. 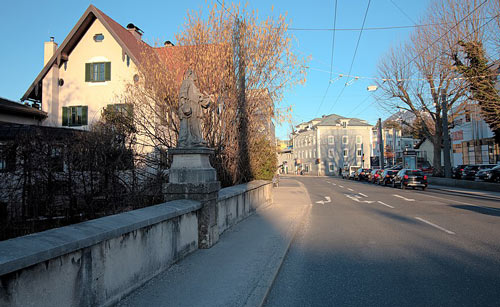 Maxglan is a more residential district of Salzburg, and is a fairly sought after location to live. It’s often referred as a hidden gem of a neighborhood, and locals are definitely proud of the area. For tourists looking for somewhere to stay in Salzburg, Maxglan offers a range of high end shopping opportunities, and luxury hotels that are only a short distance from the Old Town area. The walk from the Maxglan neighborhood to Old Town will see you pass several boutique and luxury shops that are perfect for those who like to treat themselves whilst visiting somewhere new.

Whilst the area doesn’t have too much to offer those looking to sight see, there are a few attractions that visitors often enjoy visiting, including the local church. The local Parish Church of St. Maximillian dates back to the 14th century and is a beautiful Baroque style building, with plenty of history to be discovered. There’s also the Hangar-7 in Maxglan, which is a top attraction in the city. The hanger is owned by Red Bull owner, Dietrich Mateschitz, and it was built to house his collection of private airplanes. The building itself features some impressive contemporary architecture, and that’s before you’ve even started admiring the planes!

So Maxglan is a good place to stay for those wanting to be slightly out of the Centre, in a high-end area. The central attractions can still be easily reached by foot or public transport, and there are a couple of things to do in the Maxglan area to keep you entertained.