WHERE TO STAY IN SAO PAULO 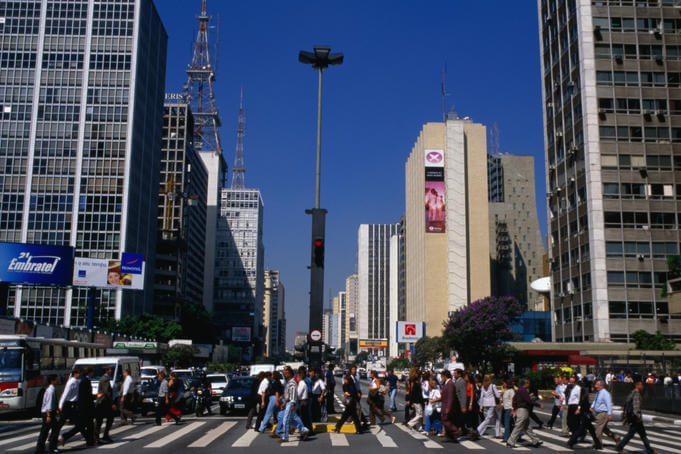 What is the best place to stay in Sao Paulo?

Sao Paulo is an exciting destination for any tourist. The third largest city on earth is one that’s bursting with cultural attractions, with an excellent nightlife and a cosmopolitan feel. Visit one of the city’s world class museums such as the Sao Paulo Museum of Art, or the Museu da Lingua Portuguesa and prepare to be impressed.

Or, why not stroll through the tranquil expanse of Ibirapuera Park? For a shopper’s paradise, head to the famous Paulista Avenue, which is also the location for the Sao Paulo Gay Pride Parade every May/June. Save time for visiting the Sao Paulo Municipal Market and the iconic sixteenth century monastery, Mosteiro De Sao Bento.

When deciding where to stay in Sao Paulo , the best area to stay in is the Jardins district. This is a safe, upscale neighbourhood with plenty of excellent restaurants serving cuisine from all over the world. The area is also home to about 200 bars and has a great nightlife. You’ll be within walking distance of some fantastic museums such as the Sao Paulo Museum of Image and Sound, the Museum of the Brazilian House and the Brazilian Museum of Sculpture. You’ll also be within walking distance of the famous Paulista Avenue with its many shops and amenities. Transport links are good, with the Paulista metro line nearby.

Jardins, the best area to stay in Sao Paulo 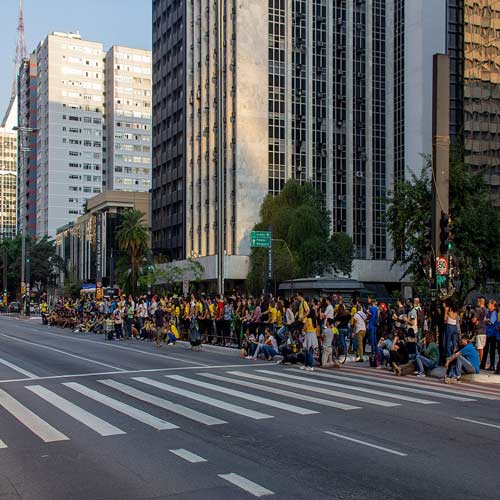 Jardins is one of those neighbourhoods that has been specially looked after and has had a fair bit of money pumped into it, which has helped turned the area into one of the most sought after locations to live in. One of the first things that you will notice is the impressive amount of elegant family houses that have been wonderfully designed as well as renovated, which are found just off tree-lined side streets.

Jardins is one of only a couple that is in walking distance of the city centre and comes with the fact that most residential houses have at least a garden or a swimming pool or in some cases both. The main attraction for visitors in Jardins is the shopping opportunities as this area is the city’s most well-known luxury shopping district, which centres around the Oscar Freire street. Along this road as well as the surrounding streets, you will find many top brand shop names like Gucci, Chanel, Christian Dior, Levi’s, Diesel and many others.

There are also plenty of shopping malls that are found on the street with the best being Shopping Cidade Jardin, which consists of various expensive and luxury brands as well as a food court. There are also various small art galleries that display work of the famous as well as the not-so-famous artists and there are some interesting museums including the Museu da Imagem, which has brilliant exhibitions on recorded image and sound with some 300,000 pieces of albums, records, films and discs. Another museum to check out is the Museu Brasileiro da Escultura, which mainly focuses on sculptures that have been created by local, regional and national personnel. There are some amazing buildings to explore too like the Igreja Nossa, which is one of the most beautiful churches that has a baroque influence.

Being based in Jardins means that you aren’t far from other major attractions in the city like the Ibirapuera Park, which is Sao Paulo’s answer to New York’s Central Park with a size of 2 million square metres where you will find numerous cycle and walking paths that take you to pleasant lagoons, large green spaces, playgrounds, various stages used for events, a free outdoor library, a couple of buildings that usually host travelling art exhibitions and some popular museums like the Museum of Modern Art and the fascinating Afro-Brazil Museum.

The nightlife in Jardins is second to none with some of the best restaurants in the country, let alone city, with many of them being reviewed as the highest rating in terms of cleanliness, quality of food and customer service. The range of cuisines is mind blowing with traditional Brazilian steakhouses called ‘Rodizio’s’ is a hands down must and there is also Spanish, Chinese, Italian, Middle East, American on offer with the best streets being Rua Consolacao and Rua Ausgusta. These streets and others roads off them have an amazing selection of bars, pubs and clubs and there is no shortage of luxury hotels.

Other recommended areas to stay in Sao Paulo 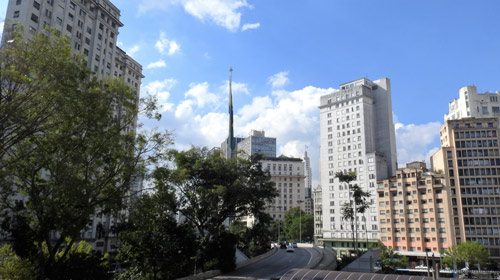 You are sure to have a good time in this neighbourhood, which has all sorts of events going on as it is one of the most popular spots for nightlife with lots of restaurants to pick from and the same goes for pubs, clubs and hotels. Funnily enough, this area has a strong Italian influence and it is here that you will find the best pizzerias in the city as well as other European cuisines.

There are a decent amount of theatres in Bela Vista with the most famous being Teatro Abril, which puts on Broadway-style musicals throughout the year. Bela Vista is also where you will find some of the best museums including Museu de Arte Sacra, which is well known for its amount of religious images. The neighbourhood is one of the safest areas and is fairly central, making it easy to see the major sights. 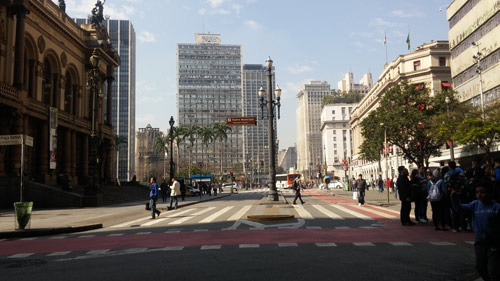 The Republica district covers the whole historical centre and therefore has many places to visit including Edificio Italia, which consists of a bar and restaurant as well as shops but has the best views in the area as it has 44 floors. There are also plenty of important churches, museums, theatres, culture centres and lots of shopping to do along Rua Coronel de Toledo. This same street also has an excellent range of restaurants that supply a variety of cuisines and the same goes for pubs, clubs and hotels.