WHERE TO STAY IN SNOWDONIA 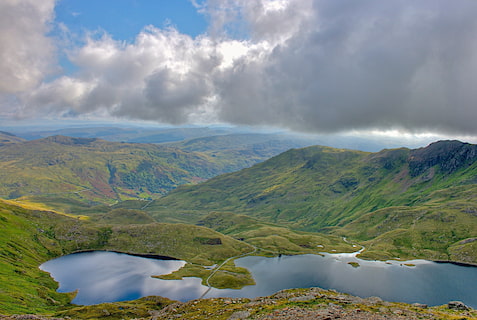 Which is the best village to stay in Snowdonia?

Snowdonia is one of Britain’s most stunning National Parks – home to the 1,085 metre high Snowdon, the highest mountain in Wales, beautiful coastline and a plethora of activities for nature enthusiasts. Its high peaks, woodlands and waterways are a hotspot for hiking, mountain biking and wild swimming. Meanwhile, its quaint towns and villages are awash with cultural attractions, historic landmarks and tasty dining and drinking options.

One of the most popular places to stay is the northern town of Llanberis, one of the biggest population centres in the area, home to many guest houses, restaurants, the start of the Mountain Railway and many outdoor sport options. Further into the national park, set very much among the mountainous scenery, you have many pretty villages, including Betws-y-Coed and Blaenau Ffestiniog, which attract many people each year.

To the west, on the coast, you have Harlech and Aberdyfi, where the rolling green hills meet stunning beaches, alongside cute fishing towns. Great locations to enjoy both the hills and coastal life. Meanwhile, just inland, you have the town of Dolgellau, set among the hills and alongside the pretty Afon Mawddach river. The region has a huge wealth of natural beauty and great options for all the family.

Best villages to stay in Snowdonia 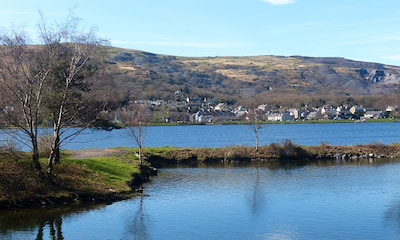 The village is one of the central hubs for people wanting to visit the summit of Snowdon. It’s here, set alongside the stunning Llyn Padarn and Llyn Peris lakes, where the Snowdon Mountain Railway begins, winding up the hills to the highest point in Wales.

It’s also a favourite for hikers who want to reach the summit by foot, with many trails leading to other parts of this beautiful region. The village is steeped in history and was a former centre for the slate mining industry – it’s now home to the National Slate Museum. The nearby lakes are a favourite for kayakers, paddleboarders and wild swimmers, meanwhile there are also many cycling routes spanning out from the village. It’s full of great places to eat and drink and also connected to a main railway line.

Llanberis is the best place to stay without a car due to its central location and rail connections to the top of Snowdon. 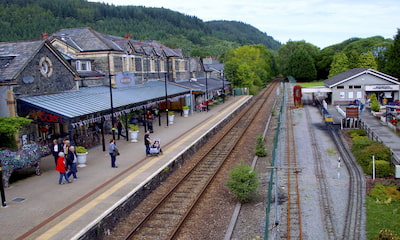 This picturesque village, within the dense Gwydyr Forest and in the north of the national park, is a magnet for outdoor sports enthusiasts. I

t’s surrounded by miles of excellent hiking and mountain bike routes and in striking distance to the fastest zip line in the world at the nearby Penrhyn Slate Quarry, which is also Europe’s longest. Nearby you have the Llyn Elsi reservoir, which is popular with walkers and anglers throughout the year, and the village has a local golf course, set among the Alpine’esque forest. The River Conway and the Afon Llugwy river run through the village and there are a number of beautiful waterfalls in the surrounding area. Well served with award winning local restaurants, pubs and cafes and on a main railway line.

A good place to stay without a car due to its rail links and close proximity to some of the region’s premier attractions, yet still a lovely peaceful setting to return to. 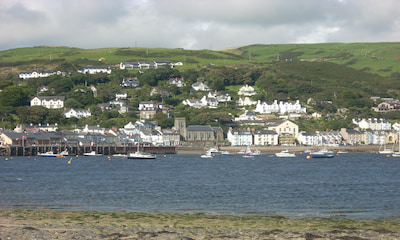 The former shipbuilding village on the wild Welsh coast is today a popular seaside resort. With a golden sandy beach at its centre and miles of stunning coastline nearby, this area provides a completely different setting within the stunning national park. The Irish Sea waters are popular with kite surfers, windsurfers and sailors throughout the year and its award-winning beaches are popular with families in the summer months.

Lush green hills rise up towards the rear of the village and provide a gateway to the rugged terrain and hiking trails found elsewhere in the region.

The village also hosts a number of large sailing regattas in the summer and its close proximity to the sea means there is excellent seafood on offer. With a railway station within the village, it’s well-connected to the rest of the region and to large conurbations elsewhere in the country. 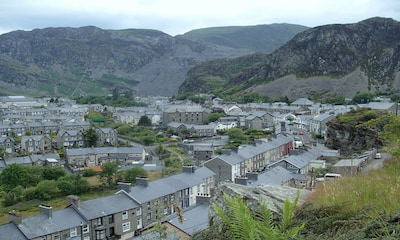 The former slate mining village, in the centre of the national park, is set within a valley surrounded by imposing hills. It’s home to one of the most visited attractions in Wales – the Llechwedd Slate Caverns – a former quarry, now a visitor centre, where people can go deep into the belly of a former slate mine on a tiny railway line, 150 metres underground.

The popular attraction also includes many mountain bike trails and a number of zip lines. Like much of the national park, the surrounding area has many hiking trails and nearby lakes and rivers for angling.

The area is also popular with artists due to the dramatic surrounding scenery and it’s well served with cafés, restaurants and pubs. The village has many accommodation options nearby and is well connected by rail, with a local railway station on the Conway Valley line. 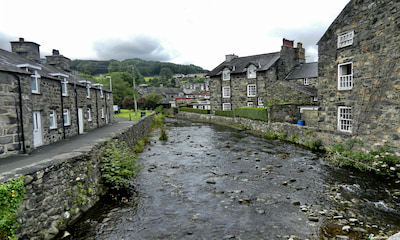 The village, towards the south of the national park, is the main hub for climbers visiting the region – nearby you have the Cadair Idris mountain, which offers many different climbing routes.

The peak is also one of the most popular for hikers and the second highest in the Snowdonia National Park. Like much of the region it’s also awash with nearby mountain bike trails and it’s the closest village to the Coed y Brenin Mountain Bike Centre – the largest dedicated mountain bike park in the UK.

It’s also in close proximity to the Irish Sea, with a railway line linking it to the small coastal village of Barmouth. It means you can get the best of both worlds if you want to enjoy the rugged hills hiking and take a dip in the sea. With plenty of eateries, bars and cafes and home to a local railway station, it’s another great place to stay when visiting the area. 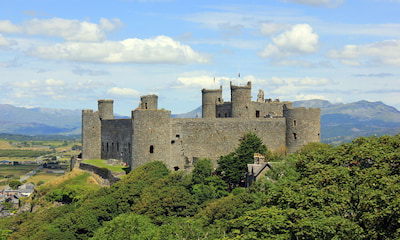 The busy resort on the Welsh coast, between Aberdyfi and Llanberis, is home to some of the best beaches in the area, along with impressive sand dunes. Between the village and coastline is the Morfa Harlech Nature Reserve, which is a haven for birdlife. The village is also steeped in history and home to the Grade I listed Harlech Castle, built in the 1200s and well preserved to this day.

It’s now a UNESCO World Heritage site and draws in many thousands of tourists each year. Harlech is also close to Portmeirion - a small Welsh village, which is a mock-up of a destination on the Italian Riviera. Building work began in the 1920s and it’s served as the set for numerous TV programmes and is a truly unique attraction.

With a local railway station on the Cambrian Coast line and many eating and drinking options, Harlech is a great coastal base to enjoy the national park.