WHERE TO STAY IN STOCKHOLM, SWEDEN 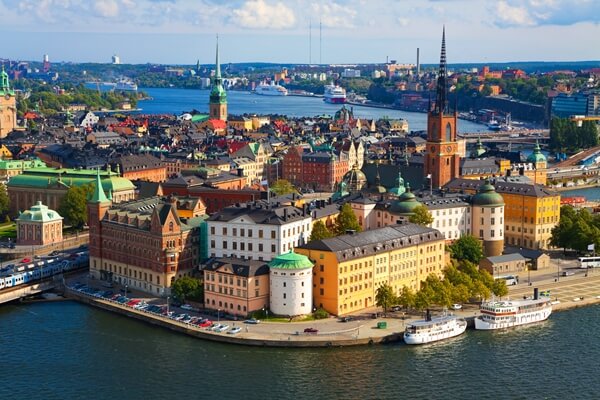 Where is the best area to stay in Stockholm?

Spread across 14 islands with a total of 57 bridges, Stockholm is a city that’s surrounded by water, giving it a unique feel. Stroll around the cobbled streets of Stockhom Old Town (or Gamla Stan) and you’ll see the marvellous Royal Palace Drottningholm sitting majestically at the water’s edge, waiting to be explored. Next on your list should be the island of Djurgården, home to the fascinating Vasa Museum and the Skansen Open Air Museum. As the sun sets, take a romantic walk to Monteliusvagen, a walking trail and lookout point with a fantastic view of the city’s treasures.

To be close to the major attractions, the best area to stay in Stockholm is around the city centre. The centre is not as large as it looks, and you’ll be within easy reach of some of the best sights including Gamla Stan, the picturesque old part of the city, and the beautiful Royal Palace. In Norrmalm, an area beside the old town, you’ll find the central business district, with plenty of boutiques and shopping malls at your disposal, as well as theatres and top class restaurants. Stockholm Central Station is also in this area, giving you excellent transport links. All of the city’s islands are well connected through a network of bridges and boats.

The best areas to stay in Stockholm 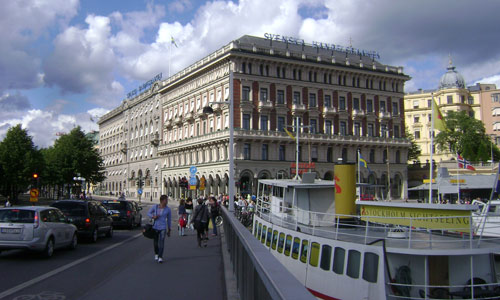 This is the ‘New Downtown’ neighbourhood that has only been here since the 1960s after the older buildings were taken down. Norrmalm is only a few minutes walk from Gamla Stan and this is where the main shopping area of the city is located. Main shopping brands and centres dot the pedestrian streets as well as various hotels that range from budget to luxury.

There are also entertainment complexes like cinemas, theatres and game areas that provide an excellent and fun night along with the huge selection of restaurants that serve anything from Swedish to Chinese and Indian to South American. Close by the restaurants, there are many pubs, bars and clubs where you can enjoy lots of dancing and socialising. This neighbourhood is also the main transportation hub with the main central train station and bus station located here as well as being on the metro line. 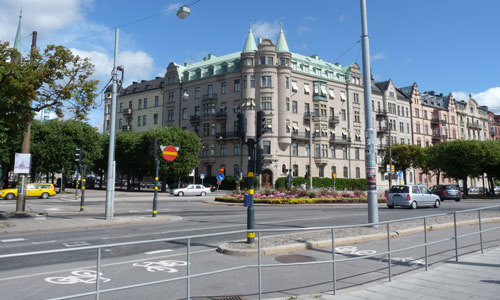 Ostermalm is right next door to Norrmalm and therefore has more shopping, restaurants and nightclubs, which is generally based around the stunning square of Stureplan.

This area is one of the richest in the city and the restaurants and shops all support this and there is a wide range of hotels that will appeal to anyone and everyone. Ostermalm is also home to the National Museum, which has many items including: Paintings, sculptures, documents and other artefacts to do with Swedish history. The waterfront is definitely worth a stroll down with many places of interest including bars and bistros on the water and cruises that take you around nearby islands. 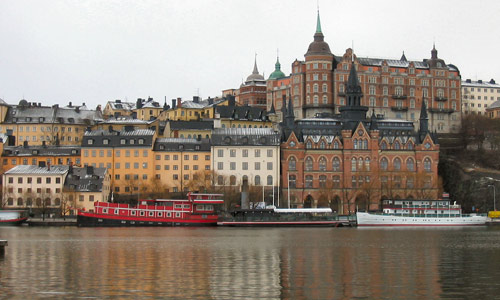 This is another particular rich area that has high quality restaurants, bars and clubs, which overlook some of the best sights to see in the capital. Some of the oldest buildings can be found on this island that are from the 15th century and is also home to the Royal Swedish Opera.

The main attraction is the Stockholm City Museum and has many collections of art, photographs and historical items to do with the city. 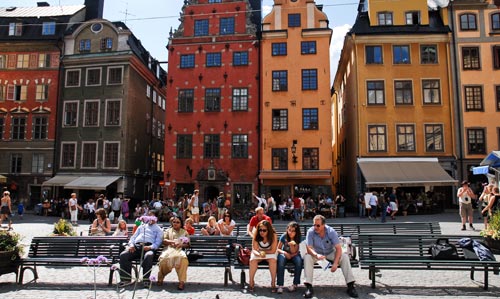 This is one of the oldest parts of the city and is famed for its medieval architecture and although busy throughout the day, this island is only home to a few inhabitants. Main tourist attractions in Gamla Stan include the Royal Palace, which is an 18th century building that is home of the Swedish monarch, the Stockholm Cathedral and the Riddarholm Church (a royal burial church) and the Nobel Museum.

The museum is where they showcase all previous winners of the prizes as well as being the place where the awards, bar Peace Prize as it is decided in Norway, are announced.

Another popular attraction to check out is Stortorget (large square) and is found right by the palace and was the scene of the massacre of Swedish noblemen that was ordered by the Danish King Christian II in 1520.

This island is the best for just wondering around the various alleyways and streets that are lined up with souvenir, clothing and convenience shops as well as a great selection of cuisine. If you are lucky enough, you can find the oldest existing restaurant in the world, which is called Den gyldene freden and is a traditional Swedish restaurant that has been in operation since 1722. It is also a great area to see other nearby islands as it has many ferry terminals that are dotted along the waterfront near the palace.