WHERE TO STAY IN TAMPA 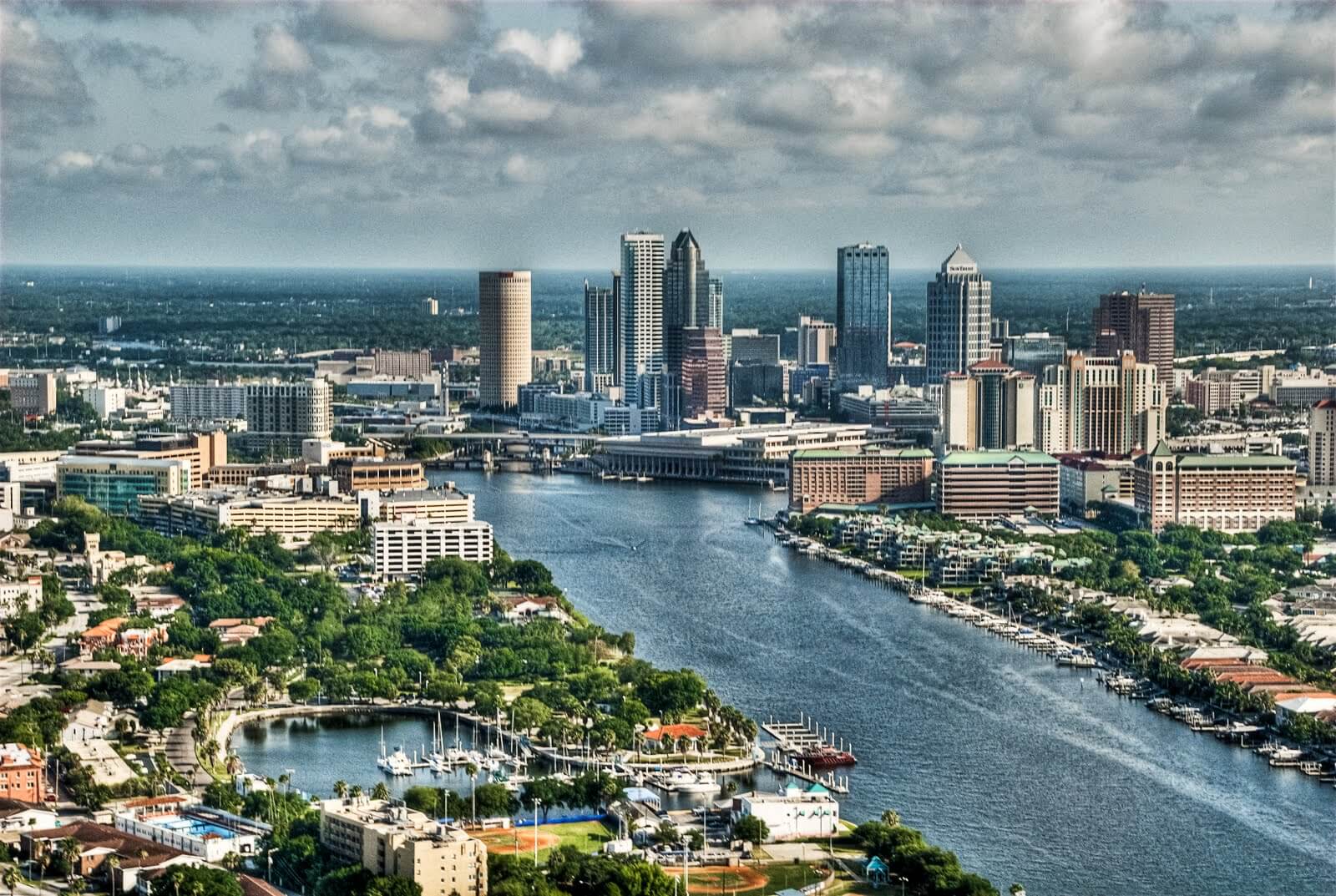 Where is the best area to stay in Tampa?

A thriving restaurant scene, world-class museums and eye-popping contemporary architecture makes Downtown the best area to stay in Tampa. Tampa is a vast city so you’ll find that even in the central area it is likely you will need to rely on public transport or taxis. Most convenient are the Tampa streetcars that run to many major tourist attractions including Ybor City, a fun and novel way to get around from place to place.

Tampa is a sparkling, sprawling coastal city in Florida with so much more to it than meets the initial eye. A jaunt around the sun-kissed city of Tampa will show you that in addition to its lofty skyscrapers and business headquarters, Tampa also has an enticingly well-preserved historical area in the Ybor City and Old Hyde Park areas, which feature the city’s most historical buildings, including the Ybor Cigar Factory. A renewed interest in Tampa’s historical and artistic scene has spurred a cultural revival throughout the city. Hop on a streetcar, marvel the diverse marine life in the Florida Aquarium, trace back the city’s colourful history 12,000 years at the Tampa Bay History Center or journey to Africa at the exotic Busch Gardens Adventure Park.

Downtown, the best area to say in Tampa 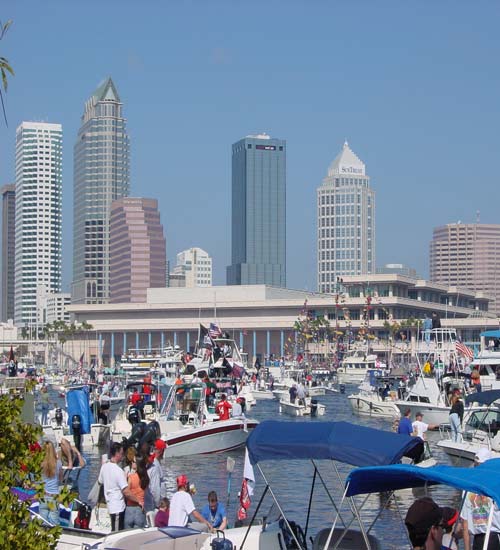 If you want to experience all the sights and attractions that Tampa has to offer, a hotel based in the Downtown Tampa is the best place to stay. This area provides the gateway to the historical neighbourhoods of Ybor and Old Hyde Park, while also giving good access to public transport such as local buses, the streetcar and taxis. They will take you around the Downtown area and over to the historical neighbourhoods quickly and easily, making visiting all the different attractions a breeze. A renewal in Tampa’s historical and artistic scene has spurred a cultural revival throughout the area.

You can venture to the bottom of the ocean at the Florida Aquarium, which boasts more than 20,000 aquatic plants and animals from Florida and across the globe, and is one of Tampa’s top sights.

Dominating the Tampa skyline is the former Tampa Bay Hotel, a National Historic Landmark. This lavish Victorian palace with Moorish features was previously owned by business and railroad magnate Henry Plant and was turned into a museum in 1933 in order to tell the story of his life, his influence on the city and its role in the tourism industry.

You can also delve into Tampa’s compelling history at the Tampa Bay History Center and gain an insight into the area’s first native inhabitants, Spanish conquistadors and other historical figures who shaped the city’s history. There is also a reconstruction of a 1920s cigar store, in keeping with the city’s longstanding history of rolling cigars that ended during the Great Depression. The Cigar Factory is located in the Ybor area and at its height was rolling by hand more than 900,000 cigars per month.

A hip restaurant and bar scene has emerged in recent years, as well as a burgeoning craft beer scene that has come into its own, making it a perfect place to stay for foodies. You can taste it in Ybor and Old Hyde Park, the historical part of Downtown, which has both the first licensed brew-pub in Florida, the Tampa Bay Brewery Company and America’s oldest beer-brewer, the Yeungling Brewery.

As the sun sets, you’ll find that Tampa offers an intriguingly varied nightlife with no shortage of places to go for entertainment, whether you are searching for live music, performing arts, fine eateries or simply a movie, there is something for everyone. You can watch the sunset from the pier or Grand Hyatt rooftop, from where you can also admire the stunning feat of engineering that has gone into the Sunshine Skyway bridge. This sleek 12-mile long highway “on stilts” has its middle suspended by giant pylons in order to let enormous cargo ships pass through.

If you´re staying here, there are many restaurants in the area to go for dinner and post dinner activities could include hitting some of Tampa’s major hot spots to see a band at one of the many live music venues. Alternatively, you could catch a movie at the wonderfully atmospheric Tampa Theatre built in 1926.

Other areas to stay in Tampa

This vibrant district of Tampa is great area to stay as it promises fun for all the family. There are museums to visit and the cigar tour to join, that reveals how the area gained the title ‘Fine Cigar Capital of the World’. There are art galleries and what about making your own art? All the family can have a go at clay modelling, metalwork or sewing under the shady trees in Centennial Park. The park is definitely the place to be on a Saturday as it has a colourful market with live music and art, gift ideas and some great food stalls.

Why not hop on an old fashioned streetcar and travel to the heart of Tampa and on to the Channelside District- it’s great fun for all ages. All this exploring can be hungry work and the perfect excuse to try the traditional Cuban sandwich! Once the sun sets, the tempo changes and Ybor City has good microbreweries, live music and flamenco dancing in the Columbia Restaurant. GameTime is a great family restaurant with 163 video games to try- perfect for children and ‘big kids’!

The Westshore area is located close to the airport centred around the Westshore Boulevard, so it´s a convenient place to stay. It is the main business and commercial district, and where the city’s best shopping can be found. You can satisfy any retail cravings at the Westshore Shopping Mall, International Plaza and Bay Street as you browse for homewares, fashion and accessories in upmarket boutiques and gleaming stores that will meet all your shopping needs. The area is also the home to more than 200 restaurants and vast food courts. Westshore area is in a handy location for the Tampa Bay Buccaneers and Steinbrenner Field, the spring training home of the New York Yankees, and Downtown Tampa is a 15-minute cab ride from Westshore.

Away from the pulse of downtown, lies the charming suburb of Temple Terrace, which is a great alternative area to stay in. The area is also known as Tampa’s most beautiful suburb. The Hillsborough River peacefully meanders through wide open park areas, while historical mansions that date back to the 1920s sit along tree-lined streets. This calm green oasis bestows a small laid-back town atmosphere, earning Tampa the accolade of fifth best outdoor city in the US. It is the perfect jumping off point to immerse yourself in Africa at the Busch Gardens adventure park, a gargantuan African-themed family theme park that is home to more than 12,000 animals, award-winning roller coasters, world-class entertainment and live shows that are perfect for family entertainment.