WHERE TO STAY IN THE PEAK DISTRICT 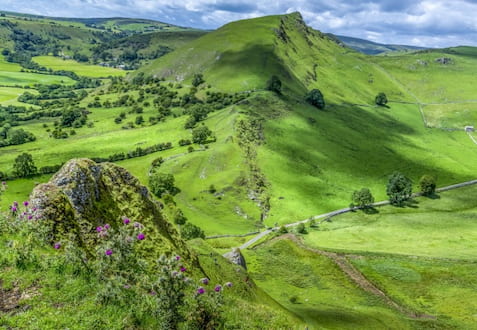 What are the best towns and villages to stay in the Peak District?

The Peak District is a stunning National Park in the centre of England – with mountains, rolling hills and lush valleys spreading over an area covering 555 square miles. The area of outstanding natural beauty is one of the best places to hike in the UK and an epicentre for climbing and other sports. The landscape is peppered with market towns, historic villages and stately homes, and a haven for nature lovers.

One of the largest towns in the region is the historic spa town of Buxton, on the western edge of the National Park, just north of the famous Parkhouse and Chrome Hills. One of the best locations for dining, shopping and drinking. Towards the north of the region, you have the idyllic village of Edale sitting right in the middle of the Pennine hills - one of the best locations to hit the area’s hiking and mountain bike trails.

Further east in the Hope Valley, you have the quaint village of Hathersage, close to Sheffield and to the west you have Castleton. A little further south you have the stunning village of Eyam, another popular hiking base, surrounded by beautiful countryside. And in the south of the area, you have the market town of Bakewell, famed for its cakes.

Best towns and villages in the Peak District

Without a car, surrounded on three sides by the Park 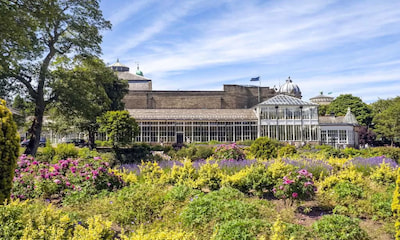 The beautiful market town, 300 metres above sea level in the west of the region, is famed for its beautiful Georgian and Victorian architecture, along with its thermal spas. At its centre is the Grade I listed Crescent, a luxury spa, where waters bubble up from the earth at a constant 28°C.

A perfect place to relax after a hard day hiking in the stunning nearby countryside. As one of the biggest population centres in the region, Buxton has a vast array of hotels and inns, along with tasty eateries, cafes, bars and the popular Buxton craft brewery. It also hosts regular big cultural events throughout the year, including markets, concerts and theatre shows.

The town sits on a main train line, so a good location to base yourself without a car, with regular services to major cities and to the smaller villages in the centre of the hiking territory.

Without a car, within the Park 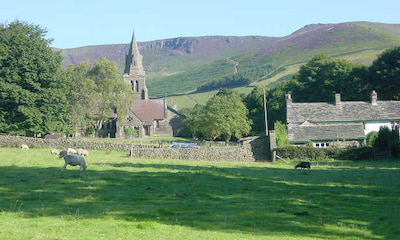 The village sits at the centre of the region’s beautiful hiking routes, at a cross roads of major paths going north/south and east/west, along with many local circular routes through one of the most unspoilt landscapes in the UK. It’s the start/end location of the UK’s most famous long distance walking path, the Pennine Way, which runs right down the centre of the country.

The quaint village is the perfect location to get away from it all, with nature on your doorstep, and cosy guest houses, and cottages to stay in, along with pubs and restaurants to fuel you on your adventures. It’s a central hub for outdoor sports in the Peak District and many guided hikes and bike rides begin here.

Despite its rural setting it’s well served by trains to Manchester and Sheffield, a great spot to make the most of the beautiful countryside, even without a car. 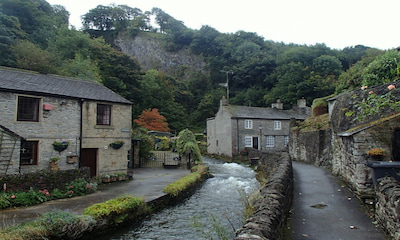 Another stunning village right in the heart of the Peak District’s rolling hills. Like most of the region it’s awash with fantastic hiking and cycling routes spanning out from the village’s centre. The area’s landscape also includes a number of impressive caves and dramatic limestone rock faces, which draw many climbers in every year.

It’s home to the largest natural cave mouth in Europe, along with many caves full of beautiful stalagmites. It’s famed for its precious stones, and the village has a number of craft shops selling jewellery made using materials which originated from the mysterious cave complexes. Furthermore, it’s a great base to explore this dramatic landscape and as a result it’s well served with guest houses, inns and cottages, along with pubs and cafes.

Unlike Edale there isn’t a railway station in the village, but there is one only a 5-minute drive down the road in Hope.

Without a car, within the Park 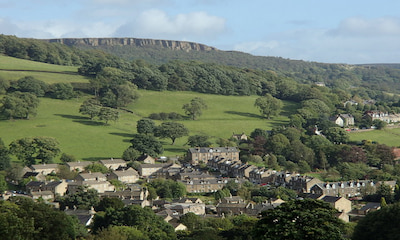 The Hope Valley village near the South Yorkshire border has boomed in popularity in recent years, with many people living in the leafy area on the edge of the National Park and commuting to nearby Sheffield for work.

As a result, it’s well served with great cottages and inns to stay in and still has miles of fantastic hiking routes to explore just outside the village. A number of beautiful lakes and reservoirs sit just north of the village, along with the Derwent River to its south, with great hiking and cycling routes along the waterway. The village also has a strong literary history with international acclaimed author Charlotte Bronte having strong connections to the area and there are a number of grand stately homes to explore nearby too.

The village is on a main railway line with regular services to Manchester, Sheffield and other Peak District villages. 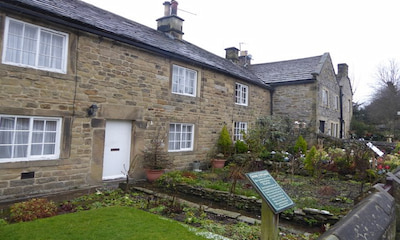 Just south of Hathersage you have the peaceful village of Eyam, where a relaxed pace of life hasn’t changed in generations. As with many places in the Peak District it’s a good place to base yourself to explore the countryside and a calm place to get away from the busyness of day-to-day life. Although only a small place it has a number of inns and cottages to stay in, along with tea houses and craft shops, along with a local museum.

The River Derwent is only a 5 minute drive east, a popular spot to go angling, walking and cycling. Meanwhile, the village is also home to the grand stately home, Eyam Hall, a National Trust ran property, which has impressive gardens.

Not quite as well connected as some of the other parts of the region, so it’s best to have a car if staying in the village. 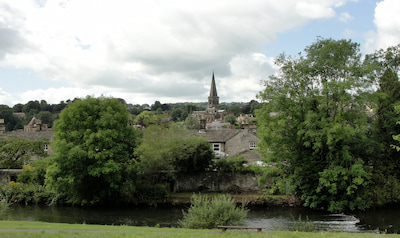 The pretty market town in the south of the National Park is famed for its cakes which carry the same name. As a result, the town is a culinary centre in Peak District, with many specialist cake shops, restaurants and regional food markets. It’s not short on beautiful countryside either with many great hiking and cycling routes nearby.

It’s one of the biggest towns in the region, so is well served with local hotels, pubs, cafes, restaurants and has regular cultural events. It’s also home to the popular Thornbridge craft brewery, which draws people in from far and wide, and includes the opportunity to tour the facilities. The area is full of charming architecture, peaceful courtyards and quaint parks to relax in.

Although a great base in the region, its railway station was closed many years ago, so not the best place to be without a car.