WHERE TO STAY IN VALENCIA, SPAIN 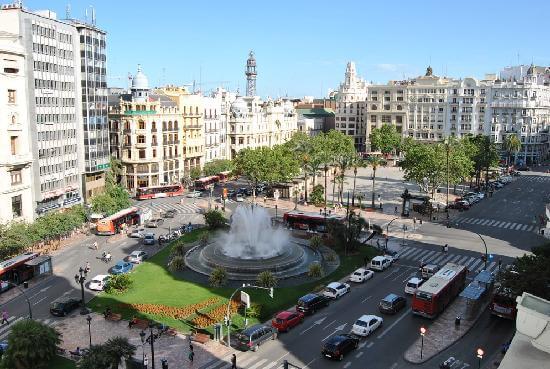 Where is the best area to stay in Valencia?

The best area to stay in Valencia is the old town (Ciutat Vella district) because this area represents the heart and soul of Valencia with the majority of tourist attractions found in this part of the city. The old town is the perfect place for a stroll and has some of the most interesting mix of people as well as important and sacred buildings. You will also find in these areas splendid museums, traditional food, divine beer and the most glamorous hotels in the city.

Valencia is highly regarded as Spain’s third most important city as well as being in the same ranking for the size and population. A famous poet from Spain described Valencia once as “a city of passion”, which is in relation to the rich Spanish spirit and culture that exists here and is why the city is an extremely popular place for tourists to visit.

Set by the crystal clear waters of the Mediterranean and magnificent mountain peaks, you can check out the vast range of beautiful architecture, visit the amazing museums, have a swim at the local beach, and eat delicious Spanish food including paella, which was first made here.

Old Town, the best area to stay in Valencia for first time visitors 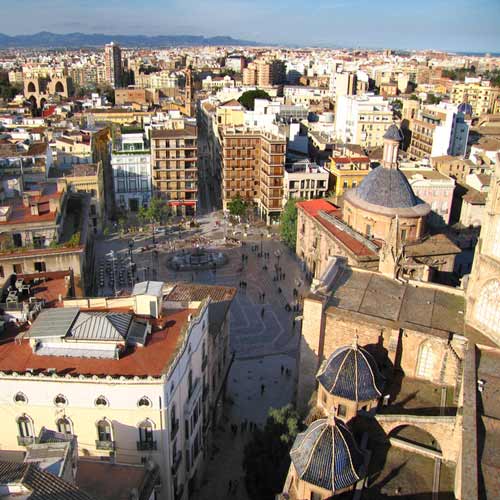 The convenient thing about the old city centre of Valencia is that everything is relatively close together and therefore most things that you want to see are easily reached. The number one place to start your journey is in the old town, which has many colonial buildings that you can marvel out and take some pictures.

The people in this area are very diverse from hippies to gays to the old residents, though this is where the buzzing atmosphere comes from as the place has a feel for acceptance from any walk of life. Close by the old town is the Valencia Cathedral, which is one of the tallest buildings in the city and where you can get some excellent vista of the city as you can climb the tower. You will notice that the architecture of the cathedral is somewhat of a mix as it has influences of gothic, baroque, renaissance and neo-classical styles. For more history head to the Serranos Towers, which is one of the largest gothic city gateways in Europe and was once used as part of the city’s fortification. Another outstanding religious building is the San Juan del Hospital and is one of the oldest of its kind in the city, which was built in the 13th century.

To see how the locals shop then the central market is one of the best places to go to, where you will see people buying all sorts of things in this huge modernist building that is full of stalls. Nearby the market there is also the Lonja, which is home to ancient local silk trade and is a UNESCO landmark and is where you can see various displays of the material. You will also find some spectacular museums in the city centre including the Valencia History Museum and is home to many artefacts and information about the history of the city. The central market is a great place to shop but if you want brand names and fashion then walk to Patriarca Square as it is home to some of the most well-known brands on the planet like Louis Vuitton, Dolores, Adidas and Burberry.

There are numerous theatres and cinemas in the area, though beware as the majority of shows and films are in Spanish. If you love festivals then the best time to come is in March, when the world famous ‘Fallas’ festival is on and this is where locals build huge paper mache models in each of the neighbourhoods on the road and are then burnt down. This is all to do with the tradition of old city carpenters, who would burn useless utensils in the streets and squares.

For eating, you could visit any street and any square for delicious and local paella, which Valencia is proud maker of and would be a crime to miss out on. There are also all the other Spanish favourites on the menu as well as other international cuisines like Italian, French and Chinese. For traditional Spanish bars and clubs, the best place to go is the old town as it is one of the busiest areas and there are hotels all over the city centre, which are the cleanest and most impressive in Valencia.

Other areas to stay in Valencia

Best area to stay for cheap 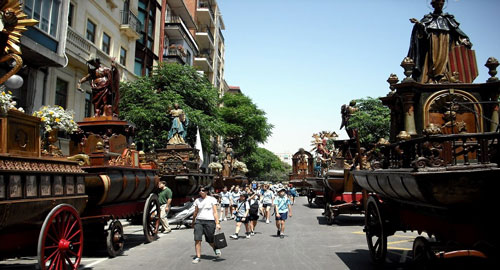 This district is relatively close to the city centre, which boasts some excellent things to see and do. The most popular attraction are the towers that form another gate in the medieval walls that surrounds the old town and even today you will be able to see bullets from various wars.

Another popular attraction is the Botanical Garden of Valencia, which has a stunning range of palm trees, tropical plants and much more. This area has a great range of Spanish and Italian Restaurants and there a good amount of hotels.

Best area to stay for families 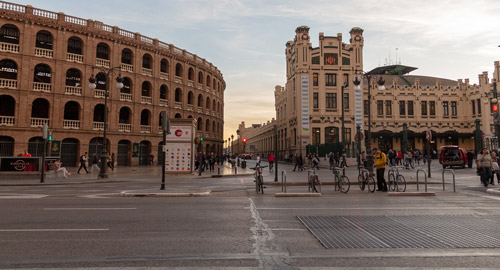 The district Eixample is unique in many ways with modern architecture meeting the old and the layout of the place being very neat with wide streets. Here you will find the Basilica of San Vincente Ferrer, the Ortega House and the House of Dragons, which together show the best examples of Valencian modernism and traditional buildings.

The Ruzafa Market is one of the newest markets in the city but is fastly becoming one of the biggest too and you can pretty much buy anything in the place.

Best area to stay for beaches 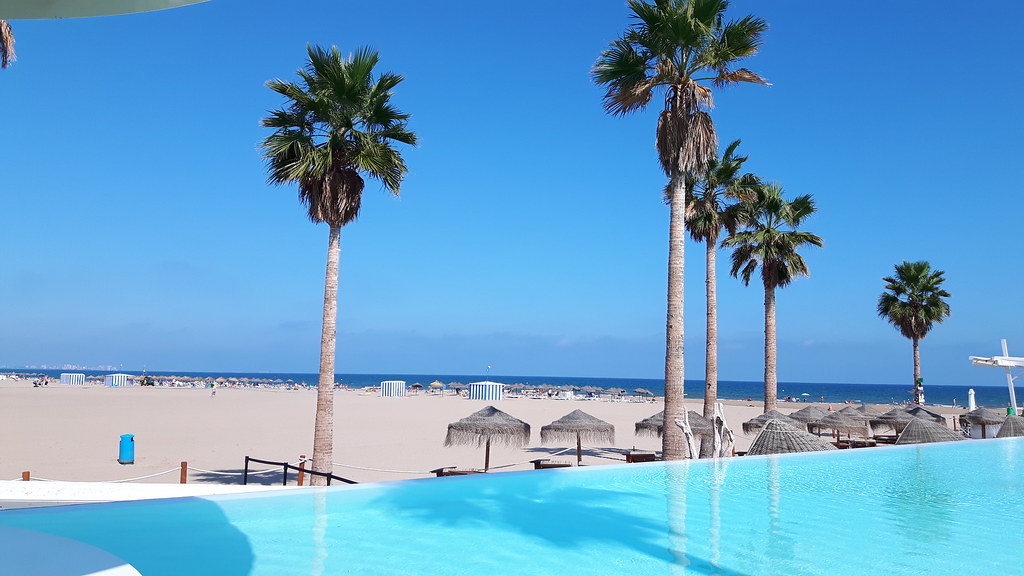 Malvarrosa is easily accessed to the north from the centre of Valencia by metro/tram making it a popular leisure place for locals as well as tourists, whether just to relax or enjoy water sports. A kilometre long, there is plenty of sand for all with the wide promenade having plenty of cafes and restaurants.

Its beauty resulted in it becoming a popular area for the local middle class and it remains a great area to stay for those wanting a coastal location as well as the chance to enjoy Valencia. There is plenty of accommodation to choose from ranging from 5 star resorts to boutique hotels and apartments for rent.