WHERE TO STAY IN ATLANTIC CITY 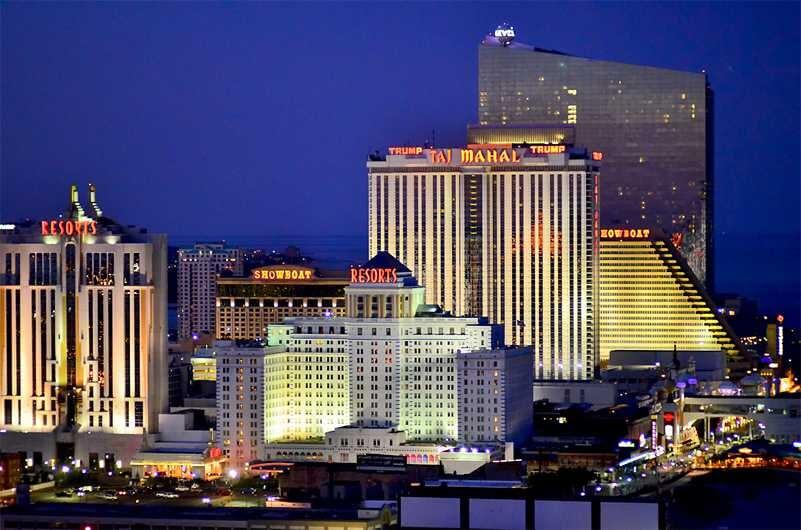 Where is the best place to stay in Atlantic City?

Atlantic City has everything you could wish for with bustling and exciting boardwalks, excellent beaches, clean waters, must-see attractions that attract millions of visitors every year. This world-class destination has a wonderful array of shopping, entertainment, nightlife, accommodation, restaurants and is a very popular city for gambling as it is legal here. This place is particularly unique in many ways with the locals being extremely positive about their city coupled with a small town charm and still having one of the most diverse communities in the country.

The best area to stay in Atlantic City is the Boardwalk area, which go on for four miles along the coastline and happens to be the oldest in the United States of America. This is one of the most popular ways of getting around the city and therefore does get quite busy but that means that there are many tourist amenities including attractions, lots of shopping areas and a huge amount of restaurants, pubs, clubs, amusements, hotels as well as five of the eight casinos positioned along it. As you are right by the water, you have the choice of chilling on the beach, surfing in the clean water, fishing, swimming or even just walking along the boardwalk at sunset.

Boardwalk, the best area to stay in Atlantic City 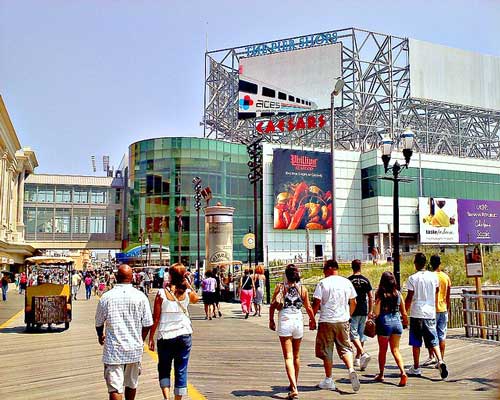 Welcome to the oldest boardwalk in the country and one of the oldest in the world, which is a very popular, fun and vibrant part of the city. This is where the main tourist area is focused, which is well connected by cabs and buses to all other sides of Atlantic City and is very easy to get to from the airport, where there are car rentals, taxi services and shuttle buses to the boardwalk area.

The neighbourhood is well patrolled by the Atlantic City Police Department and undercover cops and therefore is one of the safest areas to stay in. A stroll along the boardwalk is a day’s activity in itself as it is close to 4 miles long and is where you can take in the fantastic views of the ocean and the city. The promenade has been used in movies, talked about in songs as well as being trodden on by many celebrities and royalty.

There are a number of piers including Steel Pier, which has an amusement park and Garden Pier, which is home to the Arts and Cultural Centre and is where you will find many different art exhibitions from local artists to international recognised ones. There is also the Atlantic City Historical Museum along the Garden Pier, which has fascinating displays into the city’s history, detailed by various photos, objects and items. The beach that runs alongside the boardwalk, is Jersey Shore and this is where you can relax, sunbathe, surf, fish, swim as well as many other sea-orientated activities. There are many other tourist attractions along the boardwalk including the Absecon Lighthouse, which was built in the mid 19 th century and has wonderful views of the shoreline as well as inland.

Other things to see include the aquarium, which consists of eight giant tanks with some of the most beautiful marine life and even shipwreck artefacts. There are also a good selection of fountains that put on exciting shows that is supported by music and lasers and the boardwalk is dotted with casinos, which have been here since gambling was legalised back in 1976.

You can do all your shopping in this area as there are tons of shops and malls like Atlantic City Outlets, where you will be able to buy lots of diverse products from clothes, souvenirs, food, beauty products and much more from internationally known brands as well as local companies. There are also quirky cafes, top quality restaurants, a great choice of bars and clubs and a huge selection of hotels and hostels that cater for any tourist on whatever budget.

Other places to stay in Atlantic City 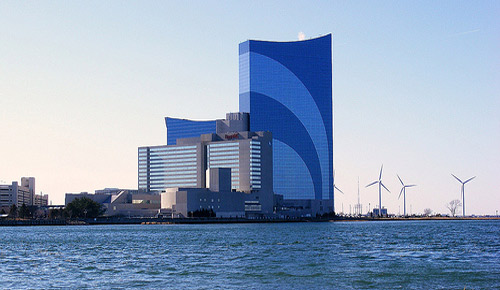 This neighbourhood is a few kms from the boardwalk area and can be easily reached by the Jitney buses, which provide a regular service to the marina as well as around the city. The main things to do in this safe neighbourhood is checking out the casinos, which are Trump Marina, Harrah’s and the Borgata, all of which have various games and machines that you can play and try your luck at. The marina is home to a busy port area, where lots of different fishing boats, leisure boats, cruise, yachts and many other vessels can be seen.

From here, it is possible to join a tour or a trip to see the surrounding coastline as well as fishing trips and various sightseeing tours to see marine life. The Marina Hall is a good place to check out as it hosts entertainment events like boxing matches, fairs, concerts, art exhibitions, beer festivals and lots of other things throughout the year. There are upscale malls, markets and shops that line the streets on the waterfront as well as streets just behind it, which sell most things that you may find handy. Moreover, there is a decent collection of restaurants offering seafood, American, European and Asian foods and there are many traditional pubs and clubs for drinking at. This area has many luxurious chain hotels that offer superb views of the city and ocean but don’t worry there are cheaper options that are more than adequate.

Bader Field is where the Atlantic City Airport is found, which is very convenient to stay in, if you are departing early or arriving late as there are a good amount of hotels to pick from. There are frequent buses to the area being an airport as is the same to the city’s neighbourhoods. The area also has plenty of restaurants, bars and some shops to explore and with the neighbourhood being exceptionally safe, the neighbourhood is popular.