WHERE TO STAY IN GRANADA, SPAIN 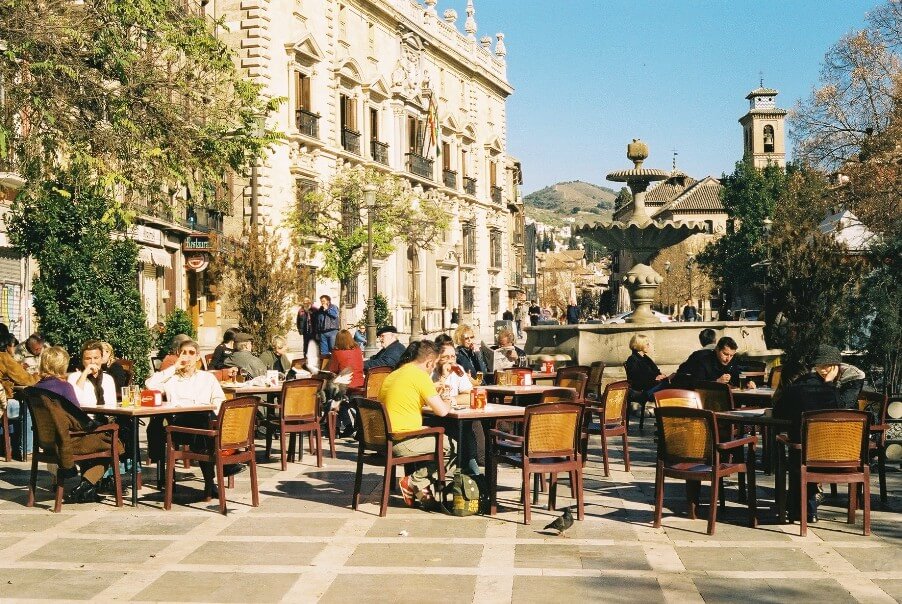 Where is the best place to stay in Granada?

This beautiful city is home to one of the most famous buildings in Spain, The Alhambra. A spectacular Moorish fortress that stands proudly over the city, its ornate mosaics and stunning archways are not to be missed. Elsewhere in Granada, climb the hill to the charming cobbled streets of Albaicin where you’ll find artisan shops and lively traditional bars. As the sun sets, take in sweeping views of the city from the Mirador San Nicolas and watch as the Alhambra changes colour in the fading light. As night falls, prepare to enjoy the buzzing nightlife, which enjoys a young crowd thanks to the city’s student population.

If you’re looking to be in the heart of things, the best area to stay in Granada is in older part of the city, in the areas of Albaicin, and the Centre district. In this area of the city, you’ll be within easy walking distance attractions such as The Alhambra and the Generalife gardens, the Catedral de Granada, and the Basilica de San Juan de Dios. You’ll be within the picturesque historic centre, where you will find a host of restaurants, bars and souvenir shops. Granada’s central bus station is 3km away from this area, but public buses run regularly from there to the centre and there are plenty of taxis at the station.

Centre and Albaicin districts, the best areas to stay in Granada 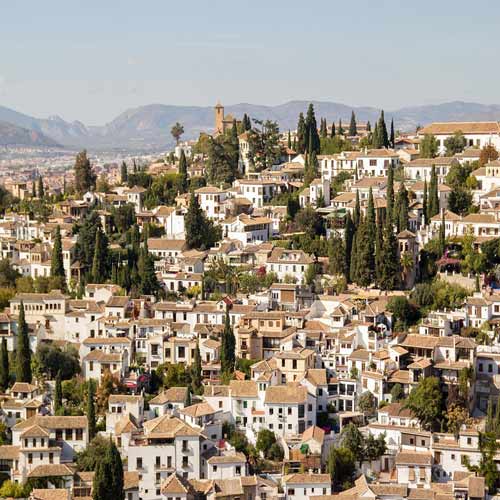 At the very heart of the city is the central square, Plaza Nueva, which is the oldest square in the city and is the best place to start your journey. Cobblestone alleys and narrow pathways surround you as does the superb architecture, smells and conversations that come from all corners. The towering Cathedral of Granada is a 16th century building and is the second largest in the country and is wonderfully decorated in Gothic and Renaissance style, which will have you staring gauntly at for quite some time. The Royal Chapel, again, has been designed in both Gothic and Renaissance-style and houses two tombs belonging to the most famous monarchs, King Ferdinand II and Queen Isabella I.

The Madraza Palace is an old Islamic university and Alcaiceria is a place full of cute meandering alleyways with a market selling lots of different items. There are also many galleries and museums that have exhibits on the history of the city and religious paintings and sculptures. The area of Puerta Real, which is not far from the city centre, also serves as a shopping place with a good number of souvenir, clothing and jewellery shops. If it’s a mall you are after head to the Centro Comercial Neptuno, which is near Puerta Real, and has many designer shops.

A short walk away from Plaza Nueva will take you to one of the most visited attractions in the country, the Alhambra, which is set on top of a hill overlooking the city. The Alhambra was part of the last Moorish stronghold in the 13th and 14th century, which served as a palace, fortress and citadel. There are various museums within the site that tell about each of the buildings in the complex as well as the lush gardens that you can wander around. It is one of the most spectacular sites and sights inside as well as outside it in the country, let alone the city.

You are never too far away from a tapas bar, especially in and around the Plaza Nueva, where you can try all sorts of Spanish foods and serve excellent thirst-quenching local Spanish beer, Cerveza Alhambra. There are also many restaurants that serve various cuisines like Arabic, Mediterranean and other European dishes to try too. This area has the most amounts of hotels with the best reviews and there is no wonder with standards being exceptionally high, brilliant facilities and exquisite views. 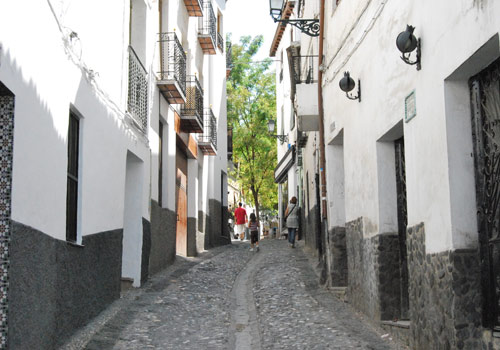 Just to the north-east of the city centre is the incredibly popular ancient Muslim neighbourhood of Albaicin, which is laid out on a hill and therefore offers the most scenic views of the city. The area is full of old buildings dating back to as far as the 14th century and is where Arabic culture meets the Spanish culture. There are many splendid religious buildings to gaze at including the oldest church in Granada, San Jose Church, and at the opposite end of the scale there is the relatively new Mosque of Granada, which has stunning views of the Alhambra.

From Plaza Nueva to Albaicin, take the Carrera del Darro, which is said to be one of the most gorgeous and scenic streets in the city and is lined with traditional Arab houses and stone bridge crossings. Hanmen El Banuelo is the ruins of one of the most well-preserved Arabic bath houses in the country and has detailed information on these types of buildings. One of the busiest spots that you will find in Albaicin is the San Nicholas Viewpoint as this is the best place to see Granada one way and the Alhambra the other. It gets very busy at sunrise and at sunset and understandably so as this is the best and most perfect time to get your camera out.

For shopping, a drink, some food or just a wander around, head to Plaza Larga and Paseo de los Tristes as these places have the best nightlife and shops. At night, these areas are buzzing with locals and visitors, which make a very friendly vibe and both have excellent vista of the city. Albaicin is fortunate enough to have a wide range of hotels with most offering great service, marvellous views and delicious Spanish food.

Other neighbourhoods to stay in Granada

This neighbourhood is very close to the city centre and the Alhambra, which has wonderful architecture wherever you go in the area. The main things to see here are the Santo Domingo Church, which was built in the early 16th century and has huge ceilings and breathtaking paintings and sculptures. It is also home to some museums and art galleries and has a good selection of tapas bars but not a lot else. Accommodation is also harder to come by in this area, though do have good standards and top customer service.