WHERE TO STAY IN NAPLES, ITALY 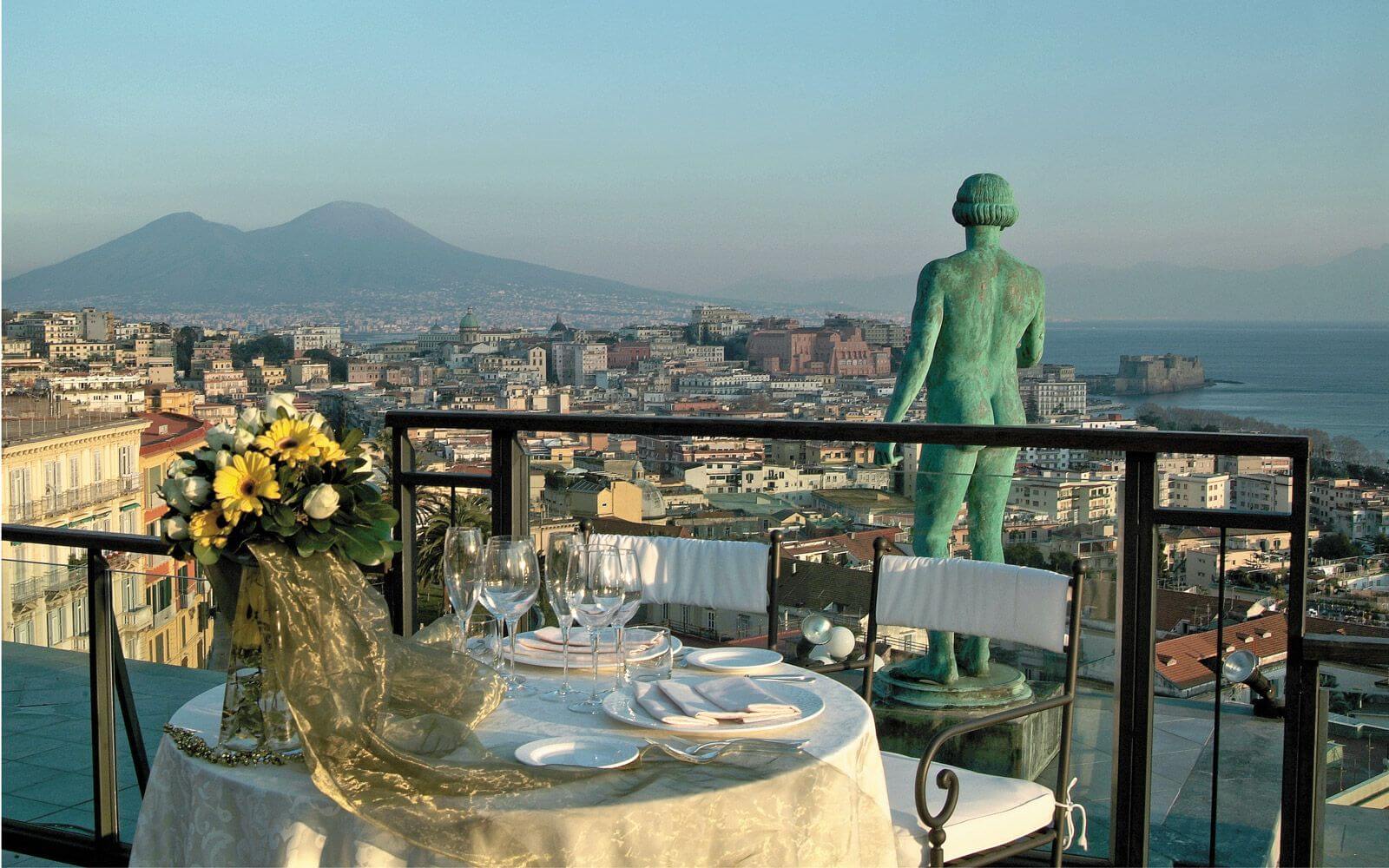 Where is the best location to stay in Naples?

Italy’s third largest city has a lot to be proud of. This bustling city sits at the foot of Mount Vesuvius, in the stunning Bay of Naples. It holds the highest number of historical sites for a city anywhere in the world, with a total of 448 historical monuments and churches. Here, you’ll find some of Europe’s best theatre and opera, as well as a tantalising choice of Italian cuisine with all the pizza, pasta and seafood dishes you could dream of. Head over to the Museo Cappella Sanseveroto to gape at the statue of the veiled Christ. Or, walk through the Bourbon Tunnel, known as the Galleria Borbonica, where remnants of World War II can be found.

If you’re wondering where to stay in Naples, the best area to stay is the city centre. In this central area, you’ll be within easy reach of attractions like the fascinating Museo Archaelogico Nazionale, as well as the spectacular Naples Cathedral (Duomo di San Gennaro) which lies on Via Duomo. In the city centre you’ll find plenty of excellent seafood and pizza restaurants to suit all budgets, and you’ll also be within a short distance of Via Toledo, a large avenue of boutiques and department stores that offers the best of the city’s shopping. The area as great transport links, with buses, funiculars and metro stations to get you around the city

City centre, the best area to stay in Naples 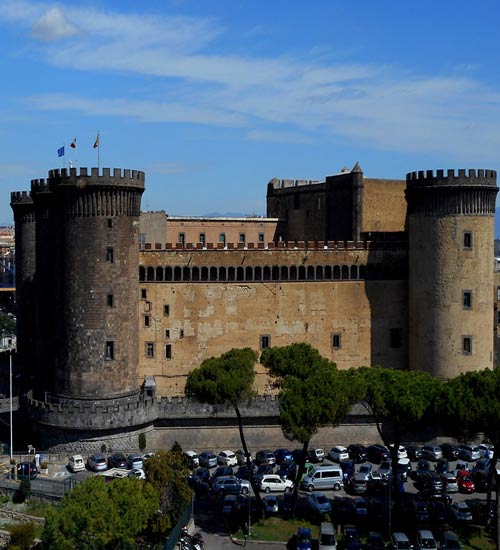 Naples is home to one of the biggest historical city centres on the planet, which was founded by the Ancient Greeks in the years before Christ, and has around 450 classic churches and the majority of the land being protected by UNESCO. The centre is actually made up of various neighbourhoods including Chiaia, S. Fernandino, Montecalvario, S. Giuseppe, Porto and Pendino. Still, the best things to see and do in the city centre are easily walked to from any point in the centre. The main things to see in the city centre include the gothic Naples Cathedral, which was built in the 13th century, which is full of beautiful artworks from many talented Italian artists. Right next door to the cathedral is the Basilica Santa Restituta and happens to be one of the oldest chapels in the city.

There are many churches that you could see in the city but it would take you a life time to see all of them and therefore the best ones that we recommend is the Santa Chiara, which is a large complex with a gorgeous monastery and a decent archaeological museum. Other churches include the New Jesuite Church, Piazza S.Domenico Maggiore and the Piazza del Gesu, which are some of the best baroque churches in the city. The great beauty about the historic centre is that wherever you go you will find some outstanding modern or ancient building and there are many alleyways that contain a variety of shops as well as traditional apartments.

Here, you will also find one of the best museums in the country, let alone the city, which is The National Archaeological Museum of Naples and is a museum that proudly has exhibits on Pompeii and Herculaneum as well as many artefacts on Greek and Roman times like sculptures, fresco mosaics, antiques and art. The Piazza del Plebiscito is the centre of modern Naples and there are a number of attractions on the main square like the massive domed church of San Francesco di Paola and across from it is the Royal Palace, which is also open to the public and there are tour guides. The square is also home to Gallerto Umberto, a 19th century shopping passage, and the famous opera house, San Carlo Theatre.

Naples is well-known for its castles and you can find a fair few in the centre, however the most interesting ones are Castle Nuovo and Castle dell’Ovo. The Castle dell’Ovo is picturesquely situated next to the gulf and is home to the Museum of Prehistory and the Castle Nuovo is also found down by the shore and is a huge medieval castle that offers some of the best views of the city as well housing an art gallery. Nearby is the aquarium, which was Europe’s first, and you will also find the Cortes Museum of Applied Arts, which focuses on some of the city’s most attractive photography. Another amazing place to see the city is from the San Martino monastery, which sits on top of the hill close to the historic centre and there is also the City History Museum to look around. One of the best art galleries to see is the Napolitan National Gallery, which displays some of the most celebrated works of famous artists like Tizian, Giovanni Bellini, Caravaggio as well as many others.

There are many areas that you could pick from for nightlife with most of the squares in the centre as well as surrounding streets catering for locals and visitors alike with a variety of cuisines. However, you must try the pizza as this is where it comes from and even though there are millions of pizzerias to choose from, you should try and find Pizzeria Brandi as it is where the first pizza was made. The pubs and bars are also found around the main squares and there are a grand number of hotels that you can pick from.

Other areas to stay in Naples

The neighbourhood of Mercato actually means “Market” in English and this is what you will find on the main square, which contains various stalls that sell clothes, jewellery, food, electronics and toys.

As well as the market, there is a relatively new shopping centre, which is home to a great range of shops and there are a few nice churches in the area. Restaurants, pubs and hotels are sparser than those in the city centre, but there is an adequate number of each service.