WHERE TO STAY IN NORTHUMBERLAND 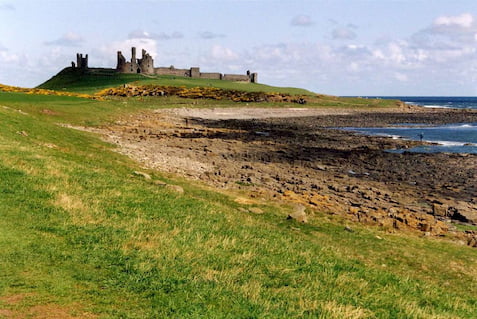 Where is the best place to stay in Northumberland?

Northumberland is one of the historic jewels of the UK – in the north-east of England, bordering Scotland. It’s a location where many wars were fought between the two countries and where the Vikings first landed. As a result, it’s teeming with historic sites, but also rich in nature – with large forests, wild hills and many miles of stunning coastline. It’s home to market towns full of life, quaint seaside resorts and in striking distance to Newcastle and Edinburgh.

Many of the popular places to stay hug the area’s beautiful coastline. In the northern part of the region you have Seahouses, which offers a traditional seaside feel, but in close proximity to some of the region’s most jaw-dropping historic attractions. Further south, you have Amble - a favourite for water sports and rich in bird and sea life.

On the Scottish border you have the town of Berwick-upon-Tweed – full of tasty places to eat and cultural attractions. Just inland from the coast, you have Alnwick famed for its beautiful castle, which features in the Harry Potter series. Further south and inland you have Hexham – a buzzing market town, which is popular with hikers. And just outside Newcastle you have the stylish market town of Morpeth.

Best places to stay in Northumberland 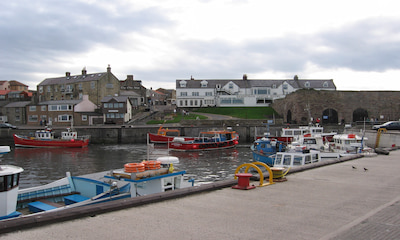 This busy fishing village is a great place to base yourself in the region. It’s full of quaint colourful houses, a busy market and a great place to sample local seafood. However, its central location, close to miles of stunning coastline and wonderful historic sites, is also a major draw.

Just a little further north you have the impressive, Grade I listed, Bamburgh Castle – which sits high on a rocky outcrop over looking vast expanses of sand dunes and golden beaches. It’s also close to Holy Island – one of the most important sites of early English Christianity, where today its monastery can be reached by foot and car at low tide, but is cut off at high tide.

From Seahouses you can also catch a boat to the Farne Islands – a collection of islands off the Northumberland coast which are home to thousands of seabirds and seals.

Ideal place to base yourselves for exploring the Northumberland coastline 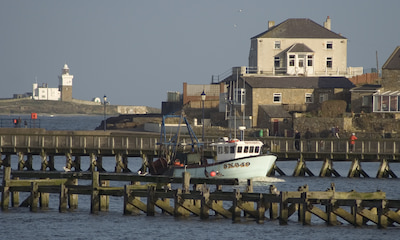 A quaint seaside resort, with colourful beach huts and lots of attractions for all the family. The sea is one of the main draws to the village with many options for water sports – including kayaking, paddleboarding, windsurfing, sailing and sea swimming.

It’s also a favourite for people wanting to go fishing and is surrounded by miles of beautiful coastline to explore. Just offshore you have the Coquet Island, which is home to many thousands of nesting birds and seals, with the village offering boat rides out in the warmer months. The area is full of tasty seafood due to its close proximity to the sea and it also has a number of golf courses nearby, including in Warkworth, where there is also a stunning Medieval fortress.

Meanwhile, just a little further south you have the beautiful Druridge Bay – a large expanse of beautiful beaches which is also a popular surfing spot.

Ideal base for exploring north Northumberland 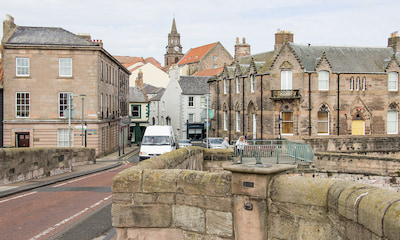 The seaside market town, on the River Tweed, is the last large conurbation before the Scottish border. It’s a place which oozes history – with an impressive Medieval Castle, crucial in the Anglo-Scottish conflicts.

It also has the most complete historic town walls in England, which can be walked in their entirety. The cobbled streets are teaming with tasty restaurants, cool bars and cafes, along with shops, museums and galleries.

The family friendly town also has a number of pretty beaches and a clifftop golf course within a 5 minute walk from the centre. A good place to stay without a car, due to its position on the national east coast main railway line, with links to Newcastle, London and Edinburgh. Meanwhile, if you have a car you can venture into the nearby Kielder Forest and surrounding hillsides, which offer some of the best locations to go star gazing in the whole of the UK.

Good base to explore the coastal areas 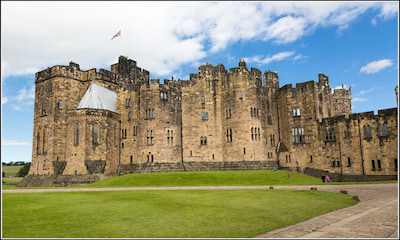 The biggest draw to the market town of Alnwick is its large complete castle, which to this day is still inhabited by the Duke of Northumberland’s family, the Percys. Although being a stunning example of 11th century history, it’s particularly grown in popularity due to its links to the Harry Potter series of films, where it was used as the backdrop for Hogwarts.

The castle and nearby gardens are now visited by hundreds of thousands of tourists ever year, many of whom are film buffs. The town itself has a plethora of tasty places to eat and drink, and it’s in close proximity to the region’s stunning coastline, wild rolling hills and forests. It’s a popular base for hikers and hosts events throughout the year including food fairs and regular markets.

The town is well connected and is on the main east coast main railway line with links to Edinburgh, Newcastle and London.

A good base to explore Hadrian’s Wall 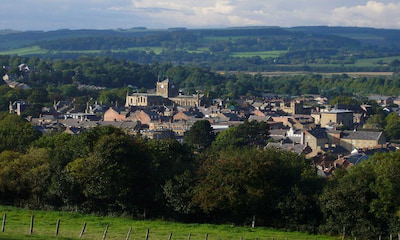 This bustling market town on the River Tyne is a central hub for hikers and cyclists who are exploring the region. It’s surrounded by miles of beautiful rolling hills and trails, along with stunning woodlands and riverside walkways.

One major draw is its close proximity to Hadrian’s Wall – a 73-mile-long fortification originally built by the Romans from the west coast to the east coast of England. It’s the largest Roman archaeological feature in England and large expanses of the UNESCO World Heritage site are still complete – it’s now become a popular route for long distance hikers who want to cross the country by foot. The town itself contains many historic monuments, including the 12th century Hexham Abbey, lots of places to eat and drink and regularly hosts markets and other events.

A good base to explore the Northumberland National Park and very well connected on a main railway line which links Newcastle and the western town of Carlisle in Cumbria.

Ideal base from which to explore the Northumberland National Park 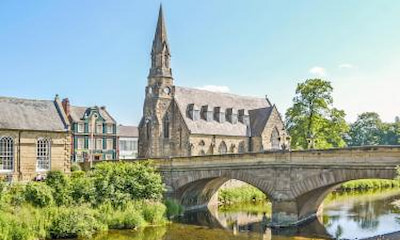 Another popular market town, not far outside the bustling city of Newcastle. The area has seen a boom in recent years with people who work in the city and as a result has a wide variety of cool eateries, bars, cafés and boutiques. Its historic cobbled streets are a regular location for regional markets, food and antiques fairs.

Meanwhile, the town is surrounded by miles of beautiful countryside, perfect for hiking and cycling, and a good base to explore the Northumberland National Park. It also sits on the River Wansbeck, which is great for angling. It also has a local golf course and others in close proximity to the town. It still retains many historic monuments, including a castle, and has a number of galleries and museums.

Well connected on the east coast main railway line, with links to Edinburgh, Newcastle and London and very close to the A1 major road network.