WHERE TO STAY IN PORTO, PORTUGAL 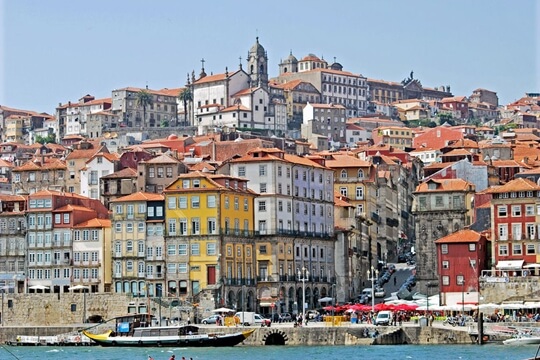 What is the best place to stay in Porto?

The second largest city in Portugal, Porto is a colourful combination of grand baroque churches, elegant buildings, historic structures and bell towers. This city, which has its own unique charm and character to make it stand out from other cities in Portugal, is the place where port was created, and as such has proven to be a popular destination amongst lovers of wine.

However, there is so much more to this city than just its involvement in the invention of port. This is a place where you can soak up the culture, explore rich and fascinating history, take in the diverse architecture or enjoy great music at one of a number of excellent venues. It is also a city that is lively and energetic, having become a busy commercial and industrial hub over the years.

A popular choice for those deciding where to stay in Porto is the historic city centre, which is not only fascinating and vibrant but has also been declared a UNESCO World Heritage Site. The historic centre includes the Ribeira riverfront area and when you stay in this part of the city you will be able to benefit from easy access to the sights and attractions of Porto. This is a lively part of the city and filled with restaurants, shops and places of interest. Some describe this area as the heart and soul of Porto, and it is certainly a fascinating and unique destination.

Porto Historic City Center, the best area to stay in 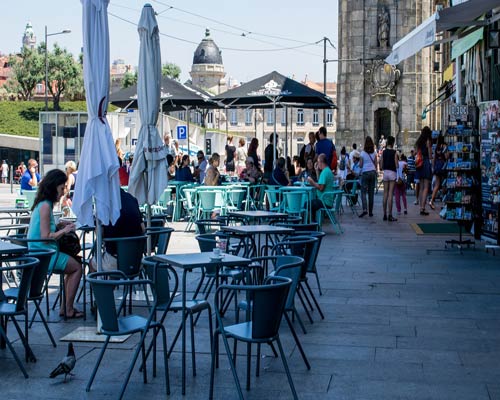 The stunning Porto Cathedral is one of Porto’s main attractions, it’s architecturally beautiful and historically rich, and the best part is, it can be found in the heart of the Historic Centre. But the attractions don’t stop there, there are several other historical landmarks and attractions just a few minutes’ walk away. The Casa Do Infante, also known as the House of the Prince, is the birthplace of Prince Henry the Navigator, and now houses a popular museum, and it can be found right in the Historical Centre. Another museum in the area is the Serralves Museum, which is packed full of artistic masterpieces and temporary exhibitions.

The Historic Centre has plenty to offer by way of restaurants, bars and cafes. Being the central area for tourists, you’ll have a huge range to choose from when deciding where to eat. Some of the restaurants in the Historic Centre have particularly unique qualities, some being nestled under medieval arches or even built into the remains of the old city wall. The Cais de Gaia is a particularly popular location to enjoy a relaxing drink at one of the cafes or restaurants on the riverfront. You can even pay a visit to the port wine warehouses for a taste of the beverage that Porto is so famous for. So if you enjoy eating out, the Historic Centre is the ideal place to stay.

Hotels in the Historic Centre of Porto

Other areas to stay in Porto 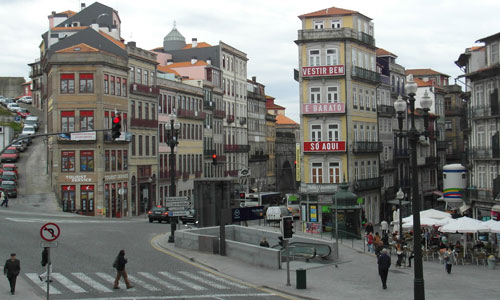 Bonfim is a neighborhood outside of Porto City Centre. At the heart of this area is the Bonfim Church, which is known as one of Porto’s most beautiful and ornate churches. Built in the late 19th century, it has a neoclassical style, and is well maintained. The church sets the perfect atmosphere in Bonfim, standing proudly at the top of the Rua do Bonfim.

There are several restaurants in the area serving local cuisine, so whilst the area isn’t particularly touristy, you can still enjoy some authentic Portuguese dishes. Bonfim is also an affordable area to stay in, so if you’re traveling on a budget, it’s a good choice of place to stay. 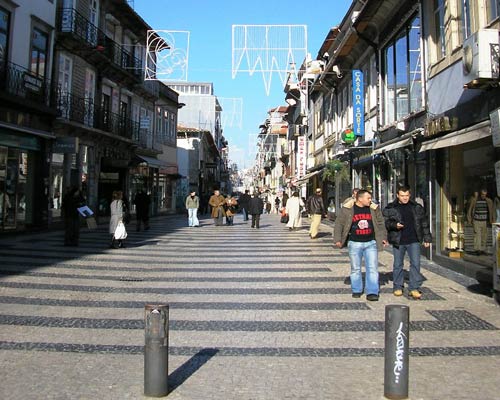 Cedofeita is a small area in Porto with a few interesting local landmarks. The medieval Church of Cedofeita is a pretty sight in the area, with a lot of history and culture to be discovered.

There are also several plazas in the area, for example the Mouzinho de Albuquerque Plaza, where you’ll find an impressive statue dedicated to the heroes of the Peninsula War.

Whilst this area is slightly out of the Centre, it’s within easy reach of some of Porto’s top attractions, such as the Serralves Contemporary Art Museum and the Casa da Musica, one of Porto’s best music venues.

So for those wanting to be as close to the Centre as possible without paying central rates at hotels, Cedofeita is a good place to stay. 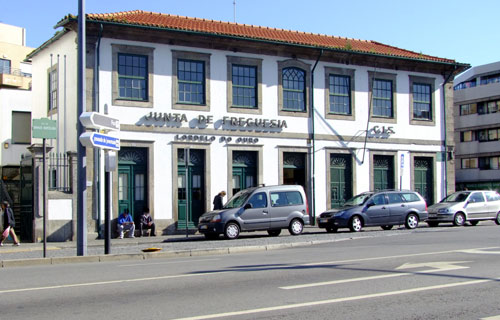 The parish of Lordelo do ouro e Massarelos was only formed in 2013, so this is a fairly new area of Porto. The area is located on the riverfront, close to the city’s old downtown, and is only a short way from some notable landmarks.

Porto’s main Custom House is nearby, which holds a fair amount of political importance and which tourists are often intrigued to see. Specifically for tourists though, there are a few attractions in the area. Museums in and around Lordelo do ouro e Massarelos include the Museu Romantico and the Museu do Vinho do Porto, both of which make for an interesting day out. There’s also the Jardim do Palacio de Cristal, which is known for being one of Porto’s best botanical gardens and is a top walking location.

Those that love to cook and eat fish will be pleased to hear that there’s also a fish market in the area, one of Porto’s best fish markets in fact.

So whilst Lordelo do ouro e Massarelos may be a little out of the centre, it’s still an area with some attractions of its own, and it’s not too far away from the main city Centre.