WHERE TO STAY IN YORK, UK 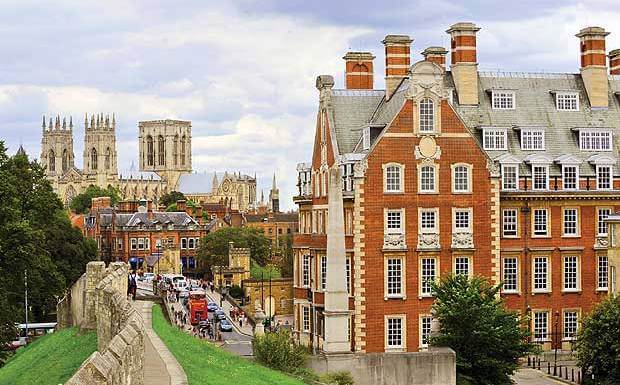 Where is the best place to stay in York?

York is one of the most visited cities in the UK, on par with Manchester and only just behind London. It is also one of the oldest cities in Europe, which dates back to the Roman times and therefore has many examples of historical buildings, which are some of the best preserved ones in the Western world. The city is relatively small but there are charms and hidden gems throughout it with outstanding gothic architecture, awe-inspiring museums and of course the amazing reconstruction of the Viking-Age streets. York is also home to many cultural festivals that are arranged throughout the year, which is certainly something to think about when booking your holiday here.

The best places to stay in York are the areas surrounding the city centre and Holgate. Both of these areas are perfect for all the family due to the majority attractions being in close proximity, which means that the sites are easily reached. The best museums, landmarks and recreational activities are found here along with a terrific selection of pubs, restaurants and hotels to pick from.

City Centre and Holgate, the best areas to stay in York 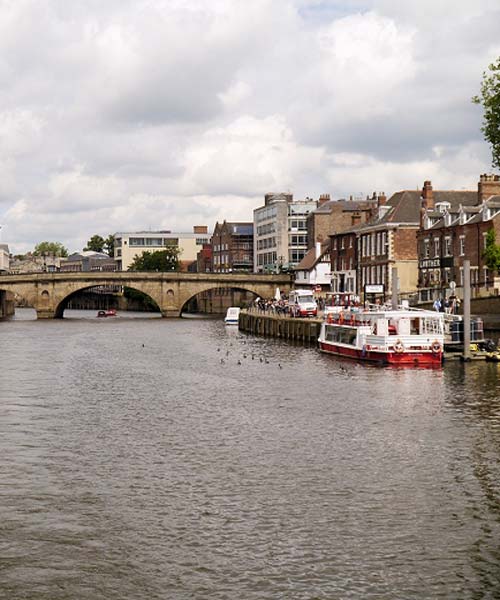 The city centre of York rivals in terms of beauty many gorgeous cities like as close as Oxford and Bath to places like Salta in Argentina. Wherever you go in York’s city centre, you will never be too far from a striking example of medieval architecture and therefore it is no wonder that this city is only second to London in terms of popularity. The other beautiful thing about the city centre is that it is at the confluence of the Rivers Ouse and Foss.

One of the largest Gothic cathedrals in Europe is found here, which is the York Minster and unsurprisingly dominates the skyline of the city. This is one of the most popular attractions in the city and is one of the oldest as it dates back to the 8th century. The central tower at the cathedral gives you the best views over the city and there are art galleries inside the cathedral itself too. Clifford’s Tower is next on the list, which really marks the central spot of the city and is one of the iconic symbols of York. It was originally built by William the Conqueror but was burnt down but the one you see today is still from the 13th century, which stands as a power symbol of England’s medieval kings.

From here, you also get excellent photo opportunities with panoramic views of the city. A great place to go and see for all ages is the JORVIK Viking Centre, which is where archaeologists found outstanding discoveries at the site like houses, workshops and backyards. They also found over 40,000 artefacts and after some time managed to create a Viking City, which has been shaped to replicate what it would have looked like, including the shapes of the houses, the language and even the smells of the cooking.

One of the best museums to see in the city centre is the award-winning Railway Museum, which houses up to 200 years of train history, where you can actually get on the various trains and they include: Royal Trains, steam trains, Japanese bullet trains and much more. There are also fun activities to do as well as interactive science shows and even rides on trains. Another great museum in the city centre is the Yorkshire Museum, which is home to many discoveries in Europe as well as the county and its history. With the Rivers Ouse and Foss so close to you, a ride on a Yorkboat is a must as it gives you a different perspective of the city and where you can just sit and gaze at the stunning architecture all around you.

If you are a couple and want some romantic alone on the rivers then this is possible as you can hire your own boat too. Another exciting tourist attraction for all the family is the York Dungeon, which relives York’s murky past with theatrical actors and truly unique scenes and stages that makes you feel you have gone back in time. There are ample shopping opportunities in the centre with little independent stores as well as huge chain shops, which sell all sorts like souvenirs, foods, women and men products.

At night you can go on a scary ghost walk, head to the theatre to see a wonderful production or even watch a brand new film at one of the many cinemas on offer. After that you can choose from one of the long list of pubs with the best streets being Rougier Street and Coney Street. Along the same stretch, there are a full range of cuisines from traditional English, Thai, Chinese and many more. This area has the majority of the best hotels with most of them having ideal views over the city.

Other areas to stay in York

There isn’t bags to see and do here but there is the ruins of St Mary’s Abbey, which is a great place to sit and have a picnic as well as the King’s Manor, which is now part of the University. There are a good amount of shops but pubs, restaurants and hotels are more limited here than the other two areas.