WHERE TO STAY IN OXFORD, UK 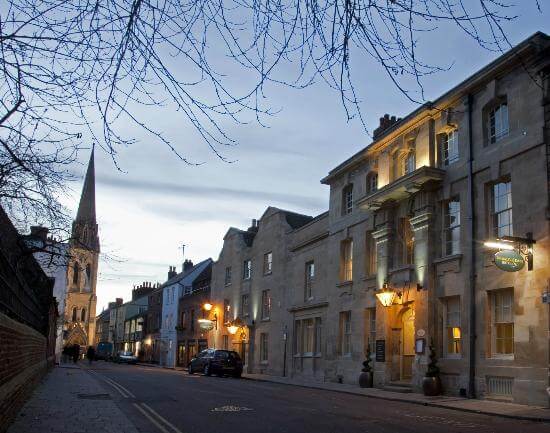 Which is the best area to stay in Oxford?

Oxford is a stunning and beautiful university city, which is home to Oxford University and so happens to be the oldest English-speaking university, which was founded in the 12th century. It was once described by the famous poet Matthew Arnold as a “city of dreaming spires” and this was in reference to the numerous medieval churches and colleges that are found in this picturesque and gorgeous city. As well as the outstanding architecture on show, there are boat trips along the River Thames, traditional English pubs, haunting ghost walks and lots of fine dining.

The best area to stay in Oxford is the city centre, which is where we recommend for you to stay in because from this area everything is easily accessed by walking as the city is very compact. There are many little cobbled alleyways and pathways in the area that have various independent shops as well as chain stores that sell all sorts of souvenirs. Wherever you walk in the city centre you will be surrounded by striking gothic architecture that will house colleges, libraries, theatres, churches and much more. Unsurprisingly, the city centre has the majority of the restaurants along with pubs, clubs and the best hotels.

City Centre, the best area to stay in Oxford 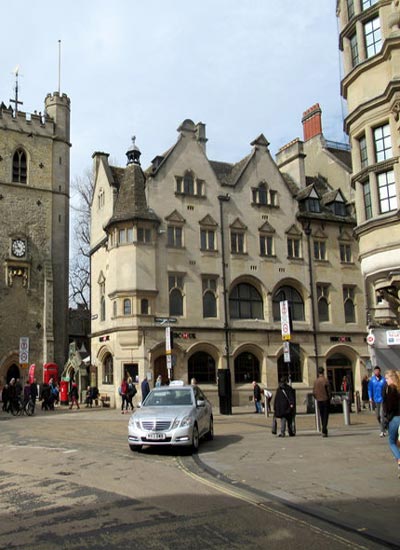 The great thing about the city centre is that it doesn’t actually feel like a city centre, even though it can get particularly crowded, just take a turn off one of the main streets in any direction and you are more than likely to find yourself all alone.

The city centre only consists of a few major streets anyway and therefore makes shopping very appealing and the area is very easy to navigate around. All the major landmarks in the city can be found in the centre with Bodleian Library being one of the oldest libraries in Europe, which was opened in 1602 and is only second in size to the British Library that is found in London. The Radcliffe Camera is a gorgeous circular building that is used as a reading room for students and is off limits to the public but is one of the most impressive buildings. For the most panoramic views of the city, head to the University Church as it has a tower as well as stunning 14th century architecture, which will have you gobsmacked. Other places of architectural interest include the Sheldonian Theatre, Hertford Bridge, Exeter College and the Queen’s College, which all have fine examples of medieval buildings.

The city centre teems with art galleries and museums and the most popular ones are the Ashmolean Museum, Natural History Museum and the Pitt Rivers Museum. The Ashmolean is the oldest museum in the UK, which displays ancient art, Eastern art and Western Art, whereas the Natural History Museum has exhibits on dinosaurs, rocks, minerals, fossils and bones and much more. The Pitt Rivers Museum is a very unique museum as it is the collection that was gathered by Augustus Pitt Rivers, who was an English army officer, ethnologist and archaeologist in the 18th and 19th centuries. Here, you will find anything from Tahitians mourner’s costumes, Japanese masks, American canoes, African pottery, Chinese textiles and this isn’t even a taste of what there is to see.

Other decent museums include the Christ Church Picture Gallery, which consists of works by famous artists like Michelangelo and Leonardo and the Museum of the History of Science, which is where you can find some of the oldest scientific instruments. There are also many chances to go punting as the river flows close to the city centre and you can either do it yourself or hire someone to do it for you whilst you enjoy a drink and the views. The river is also used for University boat races between the colleges, which happens twice a year with the annual Oxford-Cambridge boat race commencing in April.

There are street markets, independent shops and a good amount of chain shops that sell everything from hats to cakes and from glass to florists. After a little shopping you can visit one of the many parks where you can sit and relax and enjoy a picnic.

At night, there are various theatres and cinemas to check out as well as numerous walking tours with the ghost tours being one of the highlights, especially if you are one for frights. There are plenty of restaurant choices in the centre, where you can try lots of different cuisines including Thai, Indian, Japanese, Chinese, Italian and traditional English meals. The same can be said for the amount of traditional pubs with many having their own beer gardens as well as cocktail lounges and decent sized nightclubs. Hotels are in abundance in the city centre, though it is still best to try and book in advance, especially if it’s a bank holiday weekend or there’s a festival on.

Other areas to stay in Oxford? 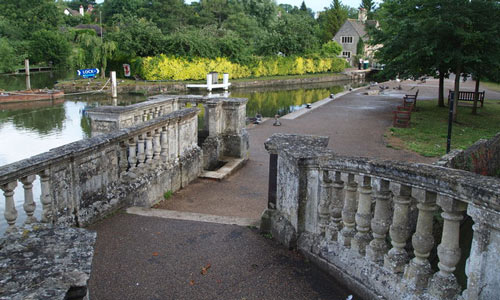 The south part of Oxford is home to two of the largest and most famous colleges in the city, which are Magdalen College and Christ Church that are both open to the public. Christ Church was famously used in the Harry Potter franchise and you can also explore the wonderful grounds. Magdalen is one of the first colleges that you will see coming from the London direction and has seen the likes of CS Lewis and Oscar Wilde graduate at its premises. Other things in the area include the Modern Art Oxford, which often has the works of contemporary artists like paintings and photographs.

The Botanical Gardens are found close by to the Modern Art place and there is a beautiful array of wild plants and flowers to explore. This part of Oxford isn’t blessed with many pubs or restaurants and you will more than likely have to make do with pub grub and hotels are scarcer, which tend to be not as high in quality as those in the city centre.