WHERE TO STAY IN ASUNCION 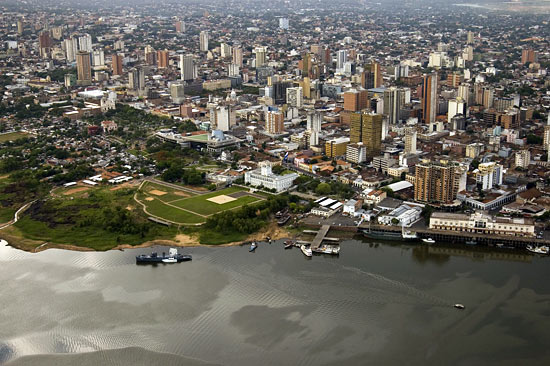 Where is the best place to stay in Asuncion?

The capital of Paraguay, Asuncion, is vastly different to other major and capital cities as it doesn’t come and grab your attention right away. There is a certain feel of vacated tourists in the city, which actually works wonders for visitors that do actually come here as most things don’t require lining up and there is distinct vibe of quietness compared to its other neighbouring cities. Don’t be mistaken though, the people are in strong positive voice about their city and you will see why with dramatic palaces, historic plazas and religious buildings, likeable museums, shopping options and a fun and diverse nightlife.

The best areas to stay in the city of Asuncion are Villa Morra and Carmelitas as these two neighbourhoods are equipped with every tourist needs including top quality shopping, attractions, hotels, restaurants, bars and clubs. These areas are also some of the most upscale districts in Asuncion, which means they are some of the safest neighbourhoods that you will find in the city as well as having adequate transportation links and is easy to get to from the airport.

Villa Morra and Carmelitas, the best areas to stay in Asuncion 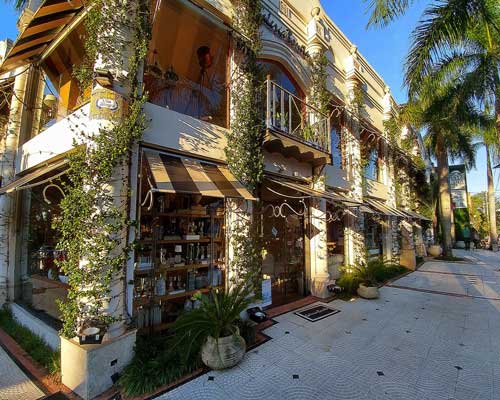 As Asuncion goes, the area of Villa Morra is an ever bustling one that is full of excitement and entertainment. One of the major reasons why this neighbourhood is on top of the list for visitors is to do with the city centre, which is pretty much a ghost place on the weekends as a lot of restaurants, shops, bars and attractions close. However, in Villa Morra everything stays open and has recently had a renovation over much of it, which has turned it into an upscale commercial and residential district and is one of the safest areas to stay in. It is also part of the new downtown area and therefore if you want to get to the main city centre then this is possible as it is only a short walk to it or a quick bus ride to sights like the national cathedral, Municipal Museum and the Panteon de los Heroes.

Another deciding factor as to staying here is that it is one of the closest parts of Asuncion to the airport and furthermore has excellent transport links too. Villa Morra is known as one of the tidiest areas in the city and has some large green lush spaces, which make do for lovely picnics and games in the sun. One of the major highlights of the neighbourhood though is the shopping as there are plenty of upscale shopping malls with the biggest being Shopping del sol. This air-conditioned building is home to many floors of international and local brands that sell a wide variety of products including shoes, fashion, technology, pharmacies, bookshops, music and film shops, cinema complex, food courts and much more.

Another decent place to shop and one certainly to experience is Mercado 4, which is close to Shopping del sol and is a chaotic market and is where you can bargain for the majority of stuff on sale. Most things are produced locally so do take this into account when paying for something as most people don’t make much money as it is, however, clothing, DVDs and music are fake. As well as the vast amount of shopping malls, you will notice that Villa Morra is home to banks and financial firms, with some of them particularly hard to miss.

The best nightlife in the area is all along the Senador Long Street as it is full of restaurants, bars, clubs and hotels. You can eat various cuisines from around the world here, including Mexican, European, American, Asian and of course traditional Paraguayan food and there is a great selection of small bars, sports bars, cocktail lounges and clubs that usually host bands and DJs. 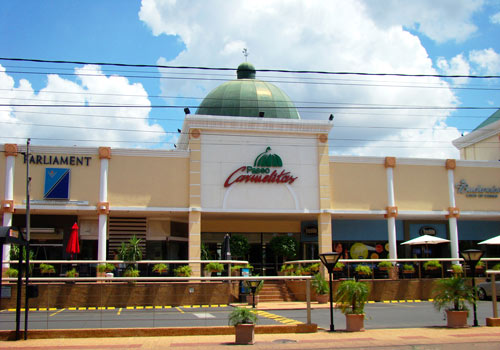 This neighbourhood is just north of Villa Morra and therefore is also very close to the city centre and has a general similar feeling to its neighbour, which again is another safe area. Carmelitas is an excellent place to stay in as it has plenty of accommodation options like hostels and hotels that are generally cheap priced and has good transport links to all other major tourist areas.

There are a couple of markets that take place along Palma Street, which sell some interesting things like souvenirs, food, handicrafts and antiques though the area has some of the best shopping malls including Shopping Mariscal Lopez, which contains a huge amount of fashion shops. Paseo Carmelitas is another impressive shopping mall that is also home to numerous pubs, a club and many restaurants.

Another highlight of the area is the Botanical Gardens, which are nearby the shopping malls, which gives you some much needed down time as it is very peaceful with many paths, trees, flowers, fountains and open spaces to relax in. One of the main highlights of the park is the Madame Lynchs house, which displays one of the most celebrated and beautiful examples of Paraguayan colonial architecture.

For bars and clubs, try the Cerro Cora as it has a decent choice of places to pick from with many expat and English bars that are set up next door to traditional Paraguayan pubs that sell local alcohol as well as international drinks. Hotels and restaurants are more found on Eligio Ayala street, which offer a variety of foods and an amazing pick of hotels, apartments and hostels to select from.