WHERE TO STAY IN BANGKOK 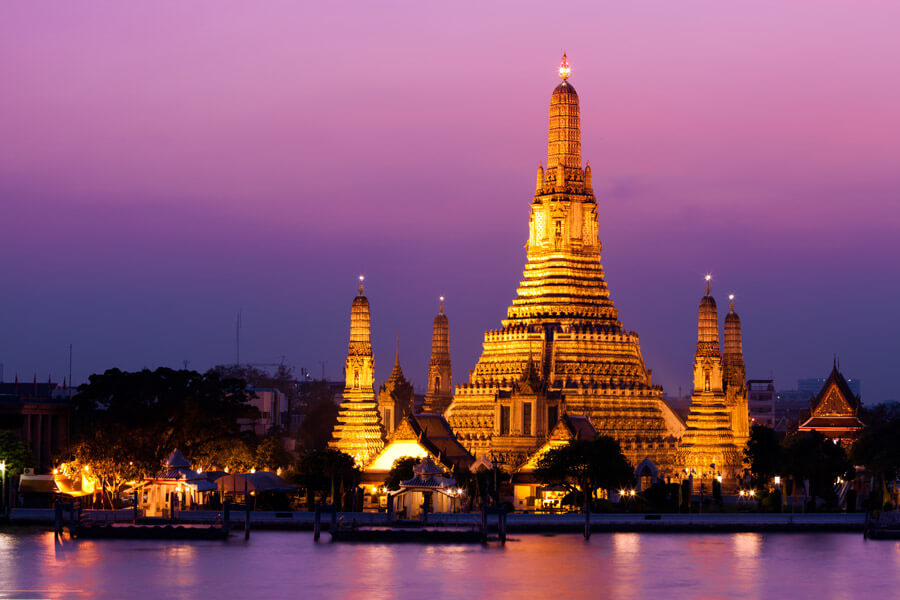 Which is the best area to stay in Bangkok?

Thailand’s capital city is a hub of cultural, spiritual and commercial activity. While you’re here, visit floating markets, golden palaces, temples, and shrines. Whether you’re gazing in awe at the Temple of the Reclining Buddha (Wat Pho) or marveling at the Grand Palace, you’ll be amazed at the splendor of Bangkok’s monuments. Sample some of the best street food the country has to offer and take a cooking class to learn specialty Thai dishes. Do some shopping at one of the many markets, or venture into one of the air-conditioned mega-malls. As night falls, put on your dancing shoes and enjoy the infamous Bangkok nightlife.

If you want to be near to amenities during your trip, the best areas to stay in Bangkok are the Pathumwan and Bang Rak districts. In Pathumwan, you’ll find international cuisine from Mexican restaurants to Indian curry houses. You’ll be close to Siam Paragon, one of Asia’s biggest shopping malls where you’ll find Siam Ocean World, a renowned aquarium. In Bang Rak, you’ll be close to the river, with several romantic dining spots and some high rise bars with fantastic views of the city. Nearby, Patpong Night Market is a popular place to go shopping for souvenirs. These areas have great transport links with a choice of Tuk Tuks, Skytrains and MTR rail stations.

Other areas to stay in Bangkok 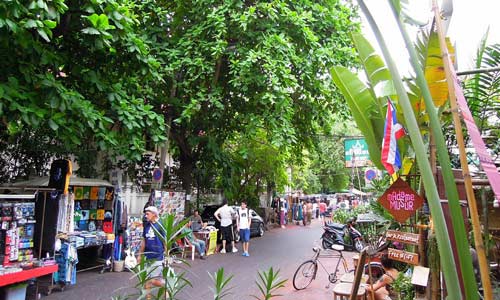 Phra Nakhon is a very historic and interesting place to stop in your exploration of Bangkok, this neighborhood is part of the old world city proper of the late nineteenth century. Many historic sites are located here included what remains of the old Chinese outpost of Sampheng. This outpost was once a very bustling Chinese enclave in the midst of Thailand, its population has dwindled a bit through the years but it is still an interesting cultural site.

This district displays an old European influence as well. The Ananta Samakhorn Throne hall constructed here during the 19th century was built after King Chulalongkorn’s visit to Europe. He was inspired to duplicate what he saw in European cities, which he did with spectacular fanfare on the Throne Hall and other structures such as the Royal Plaza and Ratchadamnoen Avenue. All of these sites are great places to take in the blend of history that occurred at these ancient crossroads. 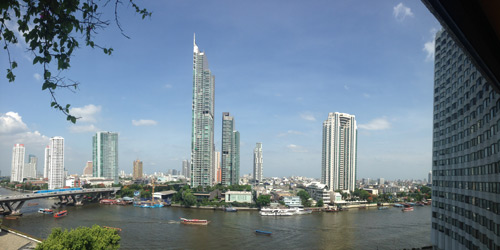 In a great contrast to the aforementioned district of Phra Nakhon, the area of Bang Rak a sprawling part of the metropolis filled with sleek skyscrapers. Commercialism at its best these buildings are super high tech and have much more to do with the future than with the past. This is a fascinating spot to see the commercialism of the country’s major headquarters. 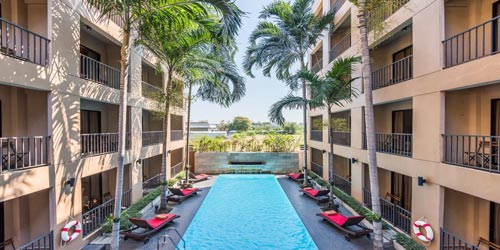 In the general vicinity of Bangkok International Airport, This area is a good launching pad for your adventures. This location has many affordable hotels with many featuring a pickup and return to Suvarnabhumi airport. This area is also in proximity to the Rail Link Station. This is a great area to base your trip in Bangkok.