WHERE TO STAY IN SYDNEY 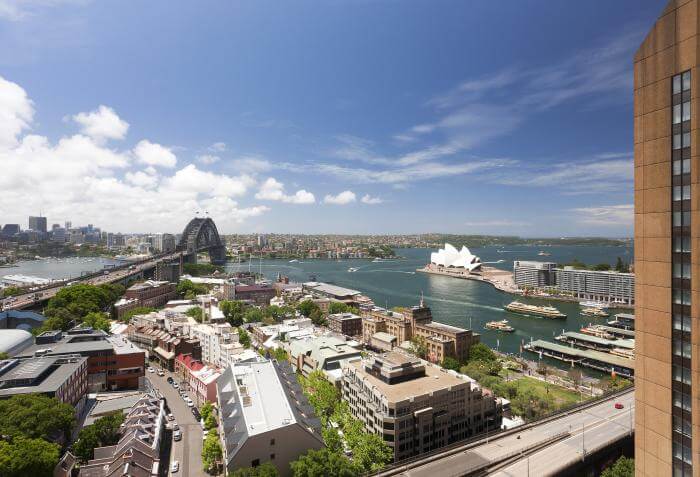 Where is the best area to stay in Sydney?

This wonderful Australian city is home to some of the most well-known landmarks in the world, and boasts an abundance of sunshine. Take a stroll around Circular Key and you’ll find street performers, elegant cafes and more photo opportunities than you can handle. Take in the strangely beautiful geometry of the Sydney Opera House, or marvel at the equally iconic Sydney Harbour Bridge. Hop on a ferry around the harbour to see the skyline from the water, or head to the quaint bars and markets of the historic Rocks neighbourhood. Further afield, take a dip at the famous Bondi Beach or journey to the spectacular scenery of the Blue Mountains.

To truly be in the heart of the action, the best area to stay in Sydney is the CBD, or central business district. Here, you’ll be within walking distance of major attractions like Darling Harbour, where you’ll find the Sea Life Sydney Aquarium and some fantastic restaurants. You’ll also be within easy reach of the excellent shopping at George Street and the beautiful Queen Victoria Building. Sydney Opera House and The Royal Botanical Gardens will also be just a short distance away. For those who don’t feel like walking, the area is served by excellent transport links with Town Hall and Circular Quay train stations nearby.

Central Business District, the best area to stay in Sydney 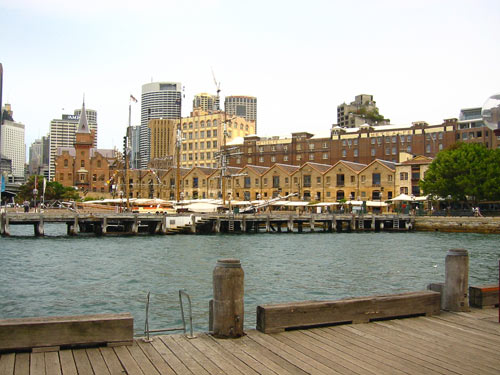 This area is just to the north of the city centre, which is just a short walk away from the Central Station. The Rocks is best explored by foot as it is flat and is a great place to wander around due to the harbour front walk, historic buildings and being home to one of the most famous landmarks in the city. The Sydney Harbour Bridge dominates the landscape and can be seen from The Rocks and surrounding areas.

The bridge can be walked across as well as cycled and can be climbed in various ways including climbing the Bridge Pylon, which has a small museum on the history of the bridge. For the adrenaline junkies, you can also climb to the top of the bridge by putting on special climbing suits and following the Bridge Climb staff, which offers the most exhilarating views of the city. Cadman’s Cottage is one of the oldest houses in Sydney and is only one of a few sandstone cottages that overlook Sydney Cove. These sandstone houses were built in the early 19th century and there is an information centre on the history of them. Other things to see and do are the first military church, Garrison Church, the Sydney Observatory, the Colonial House Museum and the Rock Market, which has hundreds of stalls that sell arts, food, clothing, photography, jewellery and crafts.

The Rocks has plenty of high quality hotels with some being the best in the world let alone the city, which offer superb harbour views and brilliant service. At night, The Rocks is one of the busiest areas in the city as there are lots going on with fabulous restaurants serving BBQs, German, French, Thai and various other Asian dishes as well as modern Australian food. Pubs and bars are dotted along the waterfront and all offer unique experiences and then there are The Wharf Theatre and Sydney Theatre, which have various plays and productions on every night.

Hotels in The Rocks 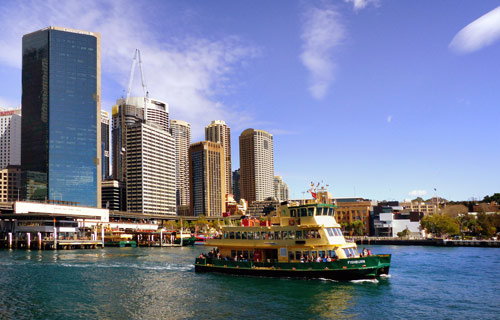 The Circular Quay is a harbour that is found in the small inlet of Sydney Cove and is one of the most popular tourist neighbourhoods as well as part business district, which offers some of the most magnificent sights of Sydney. There is always lots of activity in the area with huge cruise liners to tiny little boats that are moored at one of the various parts of the harbour that include Mosman Bay, Manly Bay and Watsons Bay. From any of these areas, you can jump on a ferry and go for a cruise around the harbour, which is a great perspective of the city, as well motoring down and up the coast.

The only other icon that can compete with the Harbour Bridge is the Sydney Opera House and there is a walkway from the Circular Quay to it. The quay gives outstanding views of the stunning building and there are many performances to choose from the likes of the Australian Ballet, The Bell Shakespeare Company, Sydney Theatre Company and many more. Other things to see in the area include the beautiful Botanical Gardens and Taronga Zoo, which features Australia’s most native and exotic animals and is located on an elevated bit of land that gives excellent views too.

There is a whole load of luxury hotels to pick from with most of them lining the harbour front and have their own outstanding restaurants. However, there are restaurants everywhere and the fish is a must with it being so fresh, but there are cuisines from all over the globe. 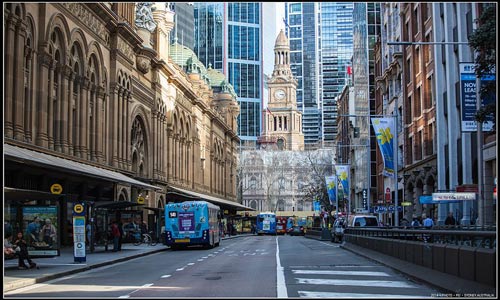 This area is the earliest site of European settlers in the country and now today the city is compared to that of Manhattan skyline of high-rise buildings. The main attractions include Sydney Tower and is the tallest freestanding structure in the city at 305 metres, which makes it the highest observation deck in the country. Australia’s oldest cathedral is found here, St Andrew’s Cathedral, as is The Strand Arcade, which is one of only a few remaining shopping arcades in the world.

Other historic sites include the Government House and Parliament House and the area is littered with the best museums and galleries like Museum of Sydney, Museum of Contemporary Art and the Art Gallery of New South Wales. At night, there is live music at many of the bars and clubs, night markets and stores along George Street and various classy restaurants. There is also an excellent selection of luxury hotels that consist of huge rooms, great views and brilliant facilities.

Hotels in the City Centre

Sydney Eastern Suburbs, an alternative area to stay in Sydney 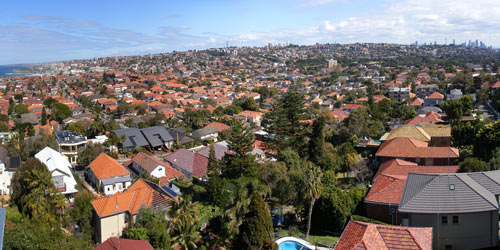 This area is located between the city and the Pacific Ocean coastline, where you can head to the harbour area that has many parks to explore as well as cruises, restaurants and pubs to check out.

The other side is littered with beaches and the world famous Bondi Beach is found here, which is great for surfing, though there are plenty of beaches around it for swimming and other water sports. There are also cinemas, golf courses, theatres, coastal walks and lots of shopping opportunities. This area doesn’t have the same amount of restaurants as there are closer to the city centre and the majority of hotels are intended for backpackers and low-budget visitors.