WHERE TO STAY IN BATH, UK 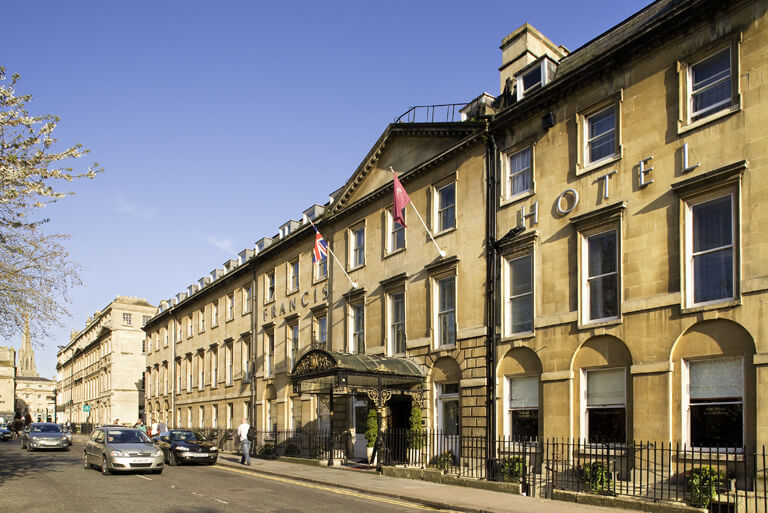 Where is the best place to stay in Bath?

Bath is known all over the world for being one of the prettiest cities in the UK and that comes as no surprise to any visitor. The first thing that you will notice is the medieval heritage, Georgian architecture as well as the famous Roman baths and all in all the city could be something from the ancient world.

The rolling lush hills of the countryside give this place a perfect setting and even though it is a relatively small city it has as many gems and as much character as any major city. This unique place has a diverse range of things to do and see, which will certainly make you want to return time and time again.

Like most cities, the best area to stay in Bath is the city centre. All of the important and famous historical sites are found on this part of the city including the number 1 attraction, the Roman baths, which are over 2000 years old and alone bring in over 4 million visitors. The city centre is also where you will find all the best nightlife like hotels, pubs and restaurants that you could ever want.

City Centre, the best area to stay in Bath 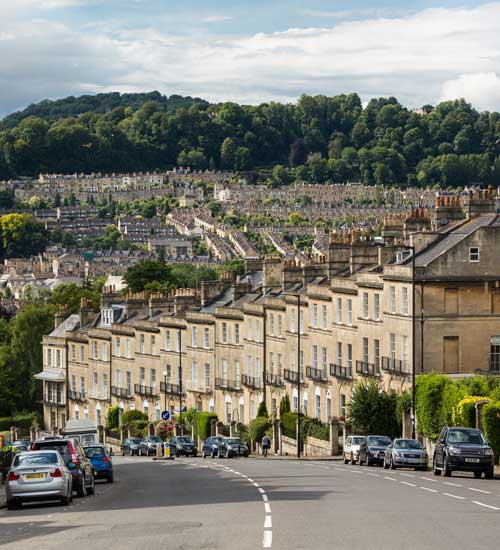 The majority of tourists that visit the big main cities of the UK such as London, Birmingham, Manchester and Glasgow, say that you might as well have gone to Bath as there is more things to see and in a much more appealing environment. In fact, probably only Edinburgh comes close in terms of beauty and that is saying something. The great thing about Bath is that even though it is classed as a city, it never ever feels like it, which is due to the wide-open spaces, sparse population and gorgeous scenery that surrounds you. The city centre is full of outstanding architecture and the first thing you will want to see is without a doubt the Roman baths. These baths are provided by England’s only natural mineral hot springs, which give out around a million litres of water every day.

The main bath area is around half the size of an Olympic-sized swimming pool, which has displays of Georgian and Roman architecture all around it. The rooms inside the building also give you some information on the history of the baths including many archaeological items. Right by the baths is the perfectly positioned Bath Abbey, which is said to be the last Gothic church in the country and was built in the 15th century. This hugely impressive church wonderfully imposes itself on the city with striking stained glass windows and gold stone columns that daunt any figure that stands in its way.

Close by to the church is the fantastic Pulteney Bridge and is highly regarded as one of the planet’s most beautiful and romantic bridges and is only one of four in the world to have shops spanning right across it. This streets that run alongside the river are mesmerising too as they meander around the city following the water, which therefore gives some of the best walks in the city and are high up on honeymooners choice of things to do.

If you are here in the summer, then do walk to the Pulteney Weir where you can take a boat trip and bathe in the sun with a glass or two. Depending on how you arrive in the city, you could spot the Royal Crescent and you will want to spot it as it is a magical uniquely-shaped semi-eliptical crescent of residential houses. The lawn in front of the houses also follows the shape and is certainly an icon of the city and it is possible to visit one of the houses, which offers you the chance to see how it was like living in a house from the 18th century. However, there are seven other chances to see this type of formation of houses in the city with the Camden Crescent possessing the best views but otherwise none of them are as impressive as the main one.

Bath is littered with lovely parks and most of them have stunning views to go with it and the Parade Gardens is one of the most spectacular as it overlooks the river and usually has music of some sort entertaining the bathers. For museums, the best thing to do is to head to Great Pulteney Street, which has many popular museums including the Holburne Museum of Arts, where you can find bountiful pieces of art from some of England’s most talented artists as well as exhibitions on glass, porcelain and silver. The Fashion Museum is another interesting building that has collections of historical dresses that were from the city and the Sally Lunn Museum showcases the oldest house in the city and is a place where you can get food too.

For entertainment, there are a good amount of cinemas, theatres and you could possibly watch a Bath rugby match, who are one of the top clubs in the country. Buskers are found everywhere in the city centre as well as traditional pubs which have live music playing often. This area has the best range of restaurants that offer anything from American dishes to Indian meals and is the best place to visit a nightclub, with the majority remarkably found underground. The city centre also has the most hotels than any other part and there are some of the best hotels in the UK that are found along the river.

Other neighborhoods to stay in

North Central
This area is home to many recreational sports like golf courses, which happen to be some of the best in Europe and there are many lovely parks like Victoria Park, which is the biggest in Bath. Pubs are cute and friendly and offer traditional pub grub like steaks, burgers and fish and there are some nice friendly little hotels in the area to stay at.