WHERE TO STAY IN AUCKLAND FOR TOURISTS 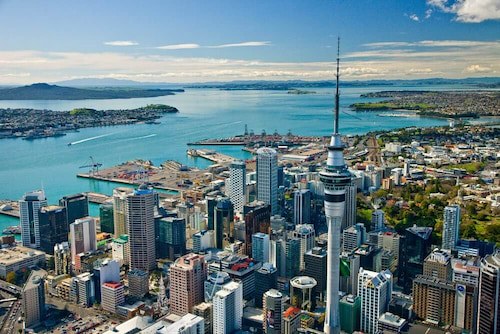 Where is the best place to stay in Auckland?

Auckland is a city that oozes fun, adrenaline and more fun and is an ever-expanding multicultural breath taking city, which is elegantly placed around its bays, harbours and many extinct volcanoes. This stunning natural playground gives out plenty, whether you are after a rush of blood to head with a skydive, explore the Polynesian culture by checking out one of the fascinating museums or chill and relax on one of the golden beaches or gorgeous lush parks and experience wildlife. Auckland has countless opportunities with its diverse landscape, which alone gives you outstanding panoramic views and makes it a must see.

The best area to stay in Auckland is the Central Business District, which is also the city centre and this is due to the number of world class attractions that are centred around the CBD. Here you will find some of the country’s top museums that focus on Polynesian traditions, magnificent award-winning art galleries, beautiful architecture as well as being home to the tallest free-standing tower in the southern hemisphere. There are ample leisure activities and shopping opportunities with the Viaduct harbour front providing some of the best restaurant, pubs and cruises that take you around the harbour and various islands as well as dolphin and whale watching.

Central Business District, the best area to stay in Auckland

Even though this city sprawls over two harbours, including a sea and Ocean, the actual CBD is very easy to walk around and there is not much need for paying expensive and busy public transportation. The most eye-catching and iconic attraction in the city centre is the Sky Tower, which is a good indicator of where you are in the city. The structure is 328 metres tall and as said before, it is the tallest building in this part of the world and offers 80kms of superb views in each direction. There are thrills and excitement everywhere here with glass elevated lifts, allowed to SkyWalk around it as well as SkyJump off it. Also in the Sky Tower there are 20 restaurants, cafes and bars including a 360-degree revolving restaurant as well as a variety of arcade games and shops.

Auckland Art Gallery Toi o Tamaki is where you will find the largest permanent collection of art in the country and depicts seven centuries of national and international various pieces of work. The building itself is an award-winning landmark and there are regular international exhibitions as well as film screenings, talks and children’s activities. The Auckland War Memorial Museum is dedicated to those that lost their lives in the previous World Wars and inside the museum there are various informative exhibitions of Polynesian arts and crafts. There are also artefacts from the wars including armoury, weapons, photos, letters and lots of other objects and items, which give you an insight into what life was like during those bleak times.

The walk along the harbour front is a must, which is the start of the Coast to Coast Walkway and this can lead all the way to Manukau Harbour, where you can take in the amazing vista as well as walk through various beautiful parks and grounds including the Domain, which is the oldest park in the city. If you don’t fancy the walk then the Viaduct Harbour is a great place to look around as it is always buzzing with entertainment with lots of different street performers as well as live music, restaurants and other events. From here you could join a boat cruise around the harbour, help sail on a yacht, venture out to one of the mesmerising islands or try and spot a whale or a dolphin. You are absolutely spoilt for shopping with the best being the area around Britomart and Vulcan Lane, which both offer all the famous designer shops and there is also Karangahape Road, which is where you will find traditional and ethnic clothing and restaurants.

For eating and drinking, the selection is endless but if you have the money then make your way to the waterfront to either the Viaduct Harbour or the Wynyard Quarter. Both have excellent restaurants, which cover most cuisines but nothing beats the views that overlook the water. For cheaper budgets, try more inland places like Queen Street, which are full of bars, clubs and restaurants. The other deciding factor for staying in the CBD is the amount of hotels and backpacker hostels as virtually every street has something to offer and again the more expensive places are found closer to the water’s edge.

Other areas to stay in Auckland 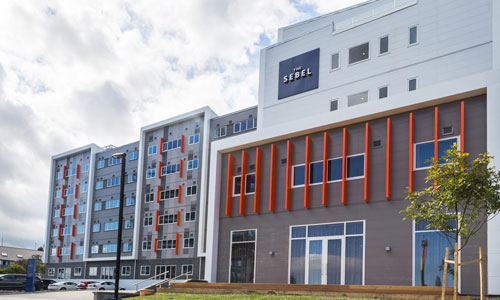 Manukau is found to the south of the CBD and is close to the international airport, which makes it an appealing place to stay. This area also happens to be home to the largest Polynesian community in the world and there are a good number of things to see and do. For a taste of the authentic culture, visit Otara Market, which is the country’s largest street market and is where various ethnic cultures come to sell their products like fruits, jewellery, clothing, arts and crafts. The largest theme park in the country is also found here, which is Rainbow’s End and has over 20 rides that will scare even the most confident person and provides brilliant fun for the whole family. Another ideal place is the Auckland Botanic Gardens and is where you will find over 10,000 plants and flowers. The majority of restaurants, pubs and hotels can be found on the Great South Road, where there is something for everyone. 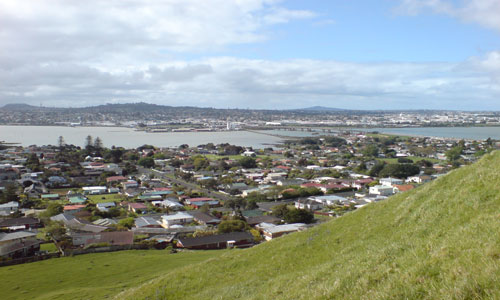 Mangere is a beautiful area that promotes nature and is the scene where traces were found of the first Maori settlers. The top picks in the area include climbing Mangere Mountain to take in the remarkable views over Manakau Harbour and Otuataua Stonefields, which is where archaeological remains of former Maori settlements can be seen. For restaurants, pubs and accommodation, head to Kirkbride Road as it has the highest concentration of each in Mangere.