WHERE TO STAY IN FRANKFURT, GERMANY 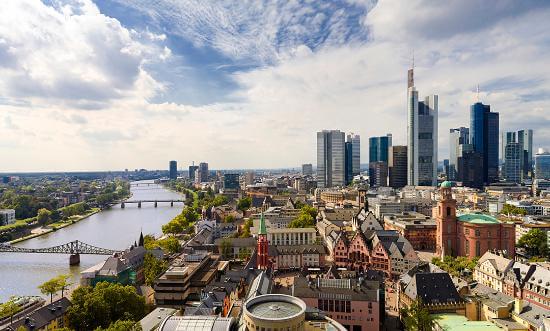 Where is the best place to stay in Frankfurt?

Frankfurt is a city that’s famous for its modern skyscrapers. This city is home to the 3rd largest airport in Europe as well as the European Central Bank and the German Stock exchange. But beneath the cutting edge veneer lies a historic undercurrent; whilst much of the city was bombed during World War II, there is a small but charming old quarter, known as the Altstadt. Here, you’ll find cosy taverns and beautiful timber frame buildings, with impressive attractions like the Staedel Museum just across the river. Elsewhere in the city you’ll find boutiques, vintage shops and street art, as well as beautiful parks and gardens like The Palmengarten.

If you’re wondering where to stay in Frankfurt, the best area to stay is the city centre. This area covers all of the main attractions as well as the old town, Altstadt, making it a very convenient base for exploring. In the city centre, you’ll be close to sights like Frankfurter Romer, a square with pretty old buildings and plenty of cafes and restaurants. You’ll be able to walk to the Staedel Museum and to the delicious food stalls at the Kleinmarkthalle market, as well as the Dom St. Bartholomäus, or the Cathedral of Saint Bartholomew. You’ll have excellent transport links with the Main train station nearby, taking you to the airport and other parts of Frankfurt.

City centre, the best area to stay in Frankfurt

The city centre contains the oldest part of the city and therefore there is no better than to start in Romerberg, which is the old centre of Frankfurt. The old town is full of 14th and 15th century buildings that include various churches with Alte Nikolaikirche being one of the most popular ones. Frankfurt’s town hall, which has served the city for over 600 years, is one of the most important buildings in Frankfurt and tour guides can take you around the lovely variety of rooms that are there.

You can also visit the Archaeological Gardens, where you can see the remains of Roman settlements, which is how the place got its name from. The famous 19th century bridge, Eiserner Steg, is also a highlight of the area, which connects up to the Sachsenhausen district and offers some of the most thrilling views of the city. However, if you want to see the views from high up try the Main Tower located by the Willy-Brandt-Platz station, which has a viewing platform 200 metres above ground. The Wharfinger’s Tower is another landmark in the old town and is a 15th century gothic fortified tower, which is well worth a look see.

The main square in the old town is also a great place to visit at night as there are many restaurants and bars as well as decent shopping. The main cathedral in Frankfurt is next door to the old town and is of gothic-style, which has a dominating presence with its 95-metre tower attached to it. The Hauptwache is considered the centre of modern Frankfurt and is home to many public transportation stations and close to it is the main shopping area of Zeli, which has many brands that cover fashion, jewellery, textiles, electronics and much more.

The Alte Oper is another outstanding piece of architecture and was used as an Opera house in the 1800s and 1900s, though today sees only concerts and meetings. It is set on a wonderful square with fantastic fountains outside it, which is extremely romantic at night time.

There are also some good museums like the Museum of Modern Art, which has a permanent collection that showcases some of the most talented artists in the world like Andy Warhol and Banksy. There is also the most famous museum in Frankfurt located here called the Natural History Museum, which contains plants, animals, minerals, fossils and much more.

At night, there are English theatres that host productions and plays that are spoken in English as well as cinemas. For eating and drinking, there are numerous places in the old town and the area around Hauptwache, which provide local ales and traditional food as well as many other European and Asian cuisines. Hotels are in abundance in this area and many of them offer an excellent night sleep at reasonable prices.

Other areas to stay in Frankfurt 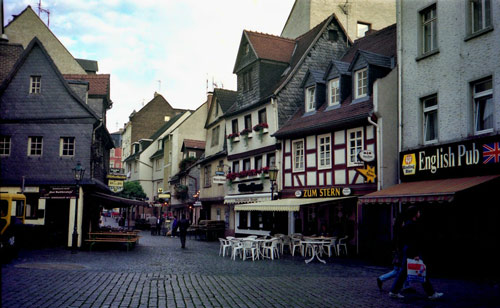 Just opposite the city centre is this district, which has a good number of things to do and see but is most famous for its old cider bars and is a great place to visit at night. If museums are your thing, then look no further than this area. Here you will find the history and art of German film in the German Film Museum, Germany’s best architecture at the German Architecture Museum, one of the best modern and past art collections at the Stadel-Museum and another art museum though covers a broad range of the subject at the Museum Giersch.

Other museums to check out in the area are the Museum of Cultures, Museum of Communication, Icon Museum and the Jewish Museum. After taking in all that information, you can head to the river and have a quiet walk even though is used by many for various sports and there are restaurants and cafes to relax at. One particular building that you will notice in the area is the 120 metre tall grain storage silo tower, which was the highest of its kind until 2005.

There are also some historic churches like St Leonhard’s Church that is of gothic-style and is certainly worth visiting. The best place to shop in the area is the area around the metro station, Schweizer Platz, as there are a range of small traditional shops that sell German fashion and locally made souvenirs. There is a good selection of cafes, restaurants, pubs and hotels near the waterfront as there are in the area surrounding Schweizer Platz.

The most obvious landmark in the district is the gothic watchtower that overlooks Bockenheim, which was constructed in the 15th century and was used by various armies that looked out for enemies. At the foot of the tower is the market, where you can purchase lots of different fruit, vegetables and books and there are lots of traditional German houses that surround the market.

The Botanic Gardens is close by and is one of the prettiest gardens in the country with various wonderful and beautiful flowers and plants on show as well as several exhibitions on display. For shops, cafes, restaurants, pubs and hotels, check out the Leipziger Strase, which is a long cobble-stone street that displays much multiculturalism in terms of people and architecture.