WHERE TO STAY IN MUNICH FOR TOURISTS 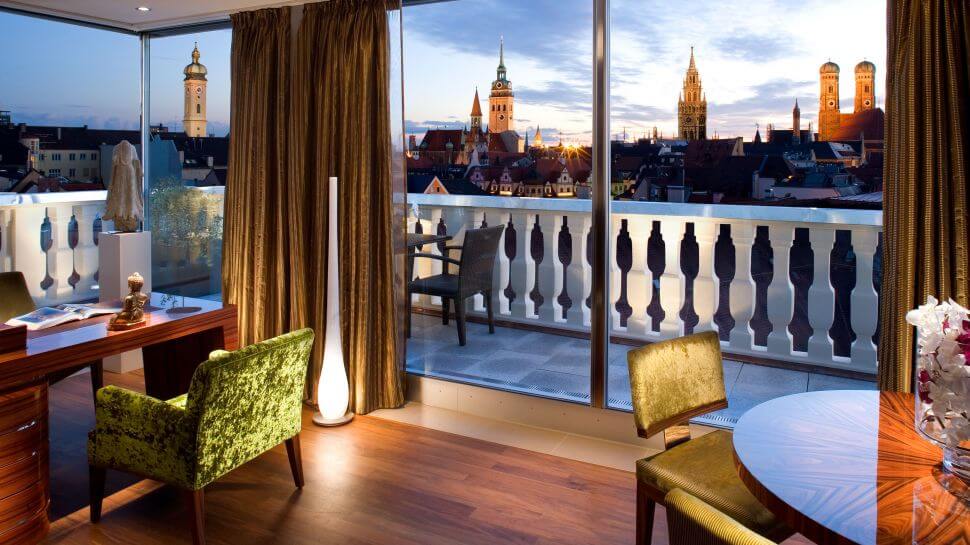 Where is the best place to stay in Munich?

Before you decide where to stay in Munich, get yourself acquainted with the city's layout.

Munich is a modern and cosmopolitan city that is full of German heart, pride, culture and heritage. In one word the German city is beautiful and not to dissimilar to that of Hong Kong with the past meeting the present in close proximity. Modern buildings are put up between more traditional ones and the city’s vibe can change depending on if you are looking for a fun, easy going, tranquil or buzzing and bustling time in the city. Munich has tourist attractions for everyone and the first thing that any visitor notices is the striking architecture that has been remodelled after the bombings of the World Wars.

The best area to stay in Munich is Altstadt, which is the city centre and there are many reasons for this and one is because it is exceptionally easy to get to from the airport, train and bus stations. The city centre is home to lots of hotels to pick from with the majority of them being luxury and top quality. Most of the tourist attractions are centred around the gorgeous square of Marienplatz in the city centre. The square is surrounded by classic buildings like historic churches, old and new city halls, the opera house and the historic city gates plus much more. These attractions are both old and new with the old town being located here and the short walking distances between the places of interest make it a delightful and fascinating wander.

Altstadt, the best area to stay in Munich 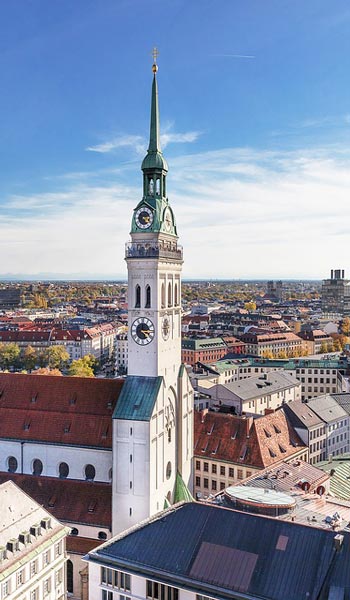 The city centre or ‘Altstadt’ as it is known as in German, is where the majority of the tourist sites are located with the common theme between them being the dazzling architecture. The central pedestrian square of Marienplatz is right in the heart of Munich and is the ideal place to start your journey and is a good meet up point. The square is dominated by neo-Gothic style buildings like the old city hall that had to be rebuilt after World War II as well as the new city hall.

The new city hall is famous for its glockenspiel that plays a few times every day over the summer and huge crowds of visitors gather round to see it. Another landmark in the square is the Column of Mary, which is a golden statue of the Virgin Mary and was erected as a celebration of defeating the Swedes in the Thirty Years’ War. There are some wonderful historic churches in this part of the city and the best seem to be the Asamkirche, Frauenkirche and Munich’s first ever church that was built in the 12th century and has the best views of the city centre, Peterskirche.

The Odeonsplatz is another square that is just north of Marienplatz and by it is the impressive Royal Place of the Munich Residence. The area is full of museums too with the most popular being the Jewish Museum, which displays Jewish history and culture in the city as well as outside it. The Munich City Museum has various exhibits on photos, documents. technology and objects that have been collected over the years. The Haus der Kunst art gallery use to be used to display fine German art during the years of the various wars but now is only used for temporary and travelling exhibitions but there is usually something on. The Viktualienmarkt is a brilliant and large food market that is on most days and has a whole host of stalls that sell fruit, vegetables, meat, fish, sweets, spices, flowers and plants.

Around the market there are many pubs and places to sample the local beer and the mother of all beer houses is Hofbrauhaus, which is one of the most famous brewpubs in Europe and possibly the world and can serve beer and food up to 30,000 people a day. Restaurants are in abundance and many places offer traditional Bavarian foods as well as Italian, Asian and many other cuisines as well as cafes. The area is one of the best for accommodation too with many places to choose from, which offer some of the best views of the city.

For the people who love their German beer there is the legendary beer hall near the square, the ‘Hofbrauhaus am Platzl’ and this is the home of the annual Oktoberfest. This festival is one of the biggest in the city and celebrates German beer as well as other beers from around the world and this happens in October.

Maxvorstadt, another great place to stay in Munich 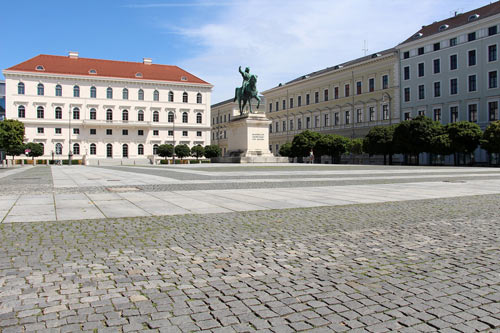 This neighbourhood is just north of the city centre and is home to various museums and art galleries with most of it housed in classicistic style buildings from the early 19th century. The museums and galleries consist of many paintings, sculptures and general artwork from local, regional, national and international artists. Maxvorstadt is also well known for its educational institutes and has seven universities in the area and therefore you will notice the young vibe that is created in most of the drinking and eating establishments. There are also many parks, gardens, historic churches, beer gardens, clubs and discos.

The hotels are more in the budget range and tend to be similar in terms of quality but there is a good selection of restaurants with places offering German, Turkish, Italian and Thai. From November to Christmas there is the Medieval Christmas fair, where you can drink mulled wine and eat medieval foods whilst being entertained by German performers.