WHERE TO STAY IN GOA 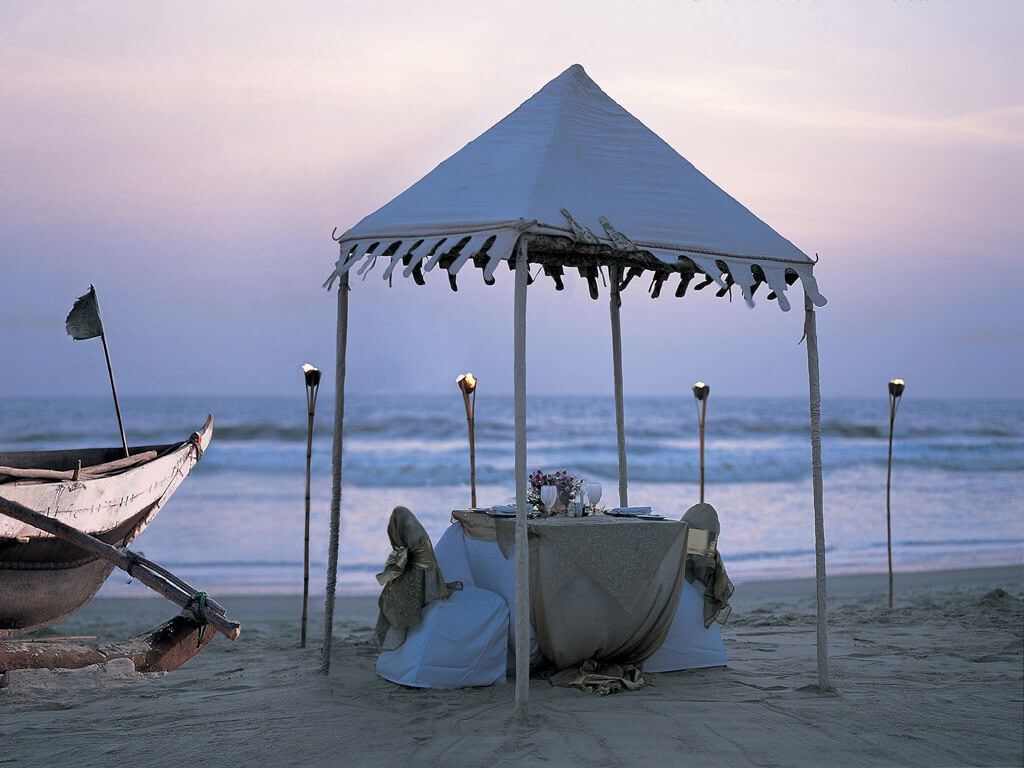 Where is the best beach to stay in Goa?

Goa is India's smallest state, attracting over 2 million visitors each year. Most visitors come from Europe, Israel and Russia, although many Indians choose to vacation here too. From eco tourism resorts set among jungles to boutique hotels located alongside idyllic beaches, Goa has moved on from its hippy roots to offer something for every traveller. Having spent over 400 years as a Portuguese colony, the area definitely has a European feel, with Catholic churches being as commonplace as Hindu temples. However, the 66 mile stretch of coastline is anything but European, with some of the finest white sands in India, a jungle backdrop, and temperatures hovering around 32C between November and March.

North Goa is famous as the place where the Hippy Trail began, and comprises three main resorts of Calangute, Candolim and Baga with their picture perfect beaches, their vibrant markets and their abundance of restaurants, bars and neon lit nightclubs. However, the North is not just a party venue; relatively unspoilt beaches still remain, such as the one at Mandrem, a small fishing village. South Goa offers Caribbean style white beaches and tends to be much more relaxed and peaceful than the north.

Best beaches to stay in Goa 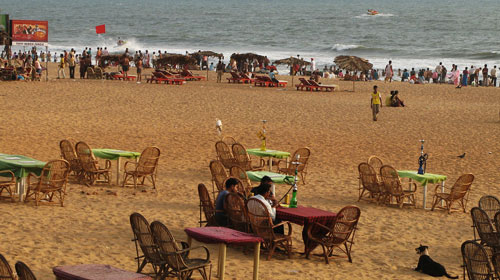 Once a peaceful fishing village, Calangute is very popular with the Indian middle classes, having a history of being the place where high class Goans would retreat to escape the oppressive heat of the interior. Stretching for four miles and lined with typical Goan beach shacks, it's the largest and busiest beach in North Goa, and is the perfect place for a holiday if sunbathing or water sports are high on your list of things to do.

The southern part of the beach is much quieter and offers a more relaxing and upmarket atmosphere, and so is a popular choice with couples. With a multitude of bars and restaurants lining the entrance to the beach, you won't have far to go to indulge in some traditional Goan food, and there's a range of accommodation to suit every budget, from small guesthouses to large holiday complexes. 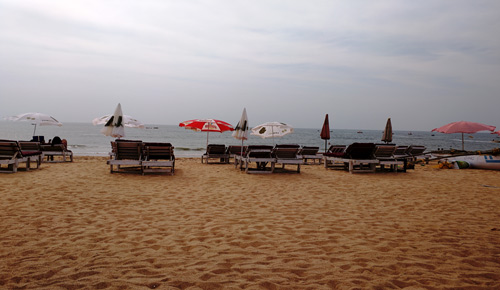 While Candolim may be quieter than its neighbouring Calangute and Baga, it's extremely popular with all kinds of visitors seeking a relaxing beach holiday or a yoga or meditation retreat. Having one of the most breathtaking stretches of sand in North Goa, it certainly attracts lots of visitors, but it lacks the frenetic pace of the neighbouring resorts, making it an ideal choice if you prefer your holidays chilled and laid back.

While the beach is bordered by the ubiquitous Goan beach shacks, serving a variety of food from traditional North Indian fare to more western delicacies, there's also a good smattering of tourist shops, restaurants and bars offering live Portuguese and Goan music. If sampling the local culture is more your thing, you'll find the Aquada Fort which was built by the Portuguese for protection against the Dutch and Maratha invaders, while if you prefer to view the local wildlife, there's plenty of boat trips which head out to sea to follow the dolphins. 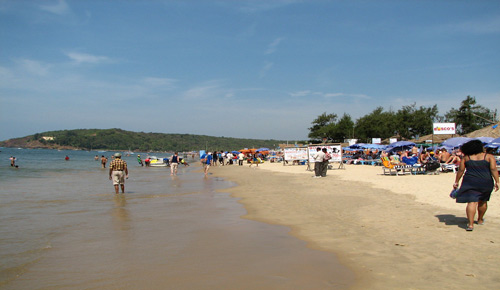 Baga tends to attract a younger crowd and is especially popular with twenty somethings from both India and Europe, so it will particularly appeal to young couples or groups of young people, who come to stay in the many guesthouses and hotels here. The beach gets very busy in the afternoons when the air is filled with the latest club sounds and there's always a party going on. There's a whole menu of water sports available on the beach, including parasailing and jet skis, although it's also famous for its traditional fishing. Like all the beaches in this area, it's lined with shacks serving up traditional Goan cuisine, but you'll also find more upmarket cafés and restaurants offering delicious local seafood.

However, if you're looking for something a little more relaxing, it's perhaps best to hit the beach in the morning before the party begins, or you may prefer to stay in the quieter area of Candolim. Once away from the beach there's several places to explore, including the Baga Retreat House which is dedicated to St. Francis Xavier, and the Saturday Flea Market where you can buy a range of local handicrafts. 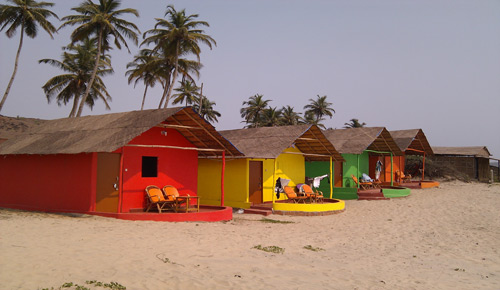 This small laid back fishing village is acclaimed for its endless clean pale coloured sands fringed with gently swaying palm trees. It's a place where people come to practice yoga and meditation or to attend a retreat. It's also a popular destination for kite surfers or for those who just want to watch a beautiful sunset far away from the madding crowd. It's certainly favoured by those in the know, with Jade Jagger owning a boutique here.  To see this beautiful beach from a different angle, head up to the nearby hotel which was formerly a small Portuguese fort, where you can take in spectacular views over the beach.

Despite the popularity of North Goa, South Goa remains relatively untouched by mass tourism. It's bigger and much less developed, but still has the imposing colonial architecture left as a legacy by the Portuguese. It has some of the best beaches in the whole of Goa, including fifteen miles of continuous sand lapped by a gentle surf from Cansaulim to Mobor, making it a true beach lover's dream. Pololem has one of the most stunning crescent shaped bays and, while it has seen an increase in visitors over the last fifteen years, still manages to retain its distinctive Goan charm. Although there is some nightlife, this is mostly very low key, mainly in chilled out late night beach bars.

South Goa is the perfect choice if you're seeking empty beaches, or a holiday to one of the yoga, Ayurveda and alternative therapy retreats which are popular here. It's also an ideal location to take in a little of the past culture and wildlife of the area. In the jungle interior you'll find ancient rock carvings at Pansaimol dating back to the Mesolithic era, one of the best sites for this type of carving in the world, and the Cortigao Wildlife Sanctuary which offers a glimpse of the magnificent Indian tigers in their natural habitat.