WHERE TO STAY IN KUALA LUMPUR 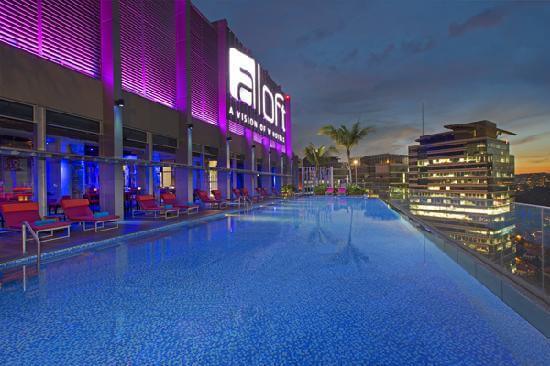 What is the best area to stay in Kuala Lumpur?

The largest city in Malaysia and also the capital is Kuala Lumpur, or more commonly known as ‘KL’, which is a fairly new city and is a complete wonder as it has grown from a small Chinese village into one of the largest cities on the planet, in just 150 years. It is one of the world’s largest metropolitan areas with 12 million people and this modern and developed city is home to some of the world’s most amazing tourist attractions, tallest buildings, beautiful shopping malls, unique cuisine and popular nightlife.

Without question, the best area to stay in Kuala Lumpur is the Kuala Lumpur City Centre, also known as KLCC, as this beautiful part of the city is full of excellent 5 star luxury hotels, glittering shopping centres, delicious restaurants and has some of the best attractions to see and do in the city including the tallest twin buildings in the world, the Petronas Twin Towers. It is also not far from the old city centre, which is where all the traditional architecture can be found like the Merdeka Square, Sultan Abdul Samad Building, Jamek Mosque, several museums and the Chinatown area. This area has some of the most interesting aspects of the city and includes the famous twin towers of Petronas, an oil company, which is located in its own 100-acre park. The Petronas are the tallest twin towers in the world and use to be the tallest building in the world back in 2004. They are used just as offices but the public are allowed into the building and up to the Skybridge, which is the highest suspended bridge in the world and provides some excellent views. The Suria KLCC is a huge shopping mall that is found under the Petronas Twin Towers, which has various stores selling clothes, fruit, vegetables, technology equipment and much more.

Other things in the area include the KL Tower, which stands at 276 metres and has an observatory deck, which has better views than the twin towers and also has a guided tour. There is a giant aquarium at the Aquaria KLCC that houses over 5,000 tropical fish species and has various exhibits on marine life and has a wonderful underwater tunnel as well as feeding shows. The Petrosains is a museum that focuses on the science and technology behind the petrol industry and is a fun place for all the family.

The kids will certainly want you to take them to the Berjaya Times Square Theme Park in the same titles mall and is currently Malaysia’s largest indoor theme park, with the seven storey roller coaster being one of the main highlights.  This part of the city has a huge selection of top quality hotels and at the same time is cheaper than those located close to the old city centre. At night, this area is the definitely the place to be and why not start your night trying one of the brilliant ranges of cuisine on offer like Malaysian, Chinese, Indian, Italian, Middle Eastern, Indonesian and others.

The KLCC is the absolute hands down winner for the best party district, which has numerous bars, clubs and karaoke establishments, which all ensure that you have one of the best nights of your life. The KLCC area is also very close to the old city centre and is only a short walk to some of the old traditional sites that offer a different perspective of the city.

Other areas to stay in Kuala Lumpur This is the traditional part of the city, which has the Dataran Merdeka Square as its centre piece, which is where the country was formally given its independence from the British in 1957. In and around the square, you will notice the gorgeous architecture that was built in the 19th century and some of the best examples include the old city hall, Jamek Mosque, Sultan Abdul Samad Building, Kuala Lumpur Railway Station and the National Mosque. Other things to see and do in the area are the various museums like the National Museum, Islamic Arts Museum and Planetarium.

The Chinatown area is where you will find Sze Ya Temple, the oldest Chinese temple in the city, and the Hindu Sri Mahamariammam temple and both are moving cultural experiences and are certainly worth a look. There are also a number of parks that showcase butterflies, birds and other wildlife as well as picturesque gardens. Whatever cuisine you are into, you are sure to find it in the old city centre but the things that let this area down are the amount of bars and hotels. There are only a handful of good places to drink and the accommodation is nowhere near as good as the KLCC area as the hotels are low quality and expensive. This area is connected to the old city centre and the KLCC area and is famous for being the traditional shopping district of the city. The Jalan Tuanku Abdul Rahman is a street teemed with shopping departments and stores that put huge well-known designers like Louis Vuitton next to small local shops.

The local markets are open day and night and offer unique experiences, which are usually exceptionally busy with locals and visitors and bartering is permitted here. Other things to check out in the area are the National Theatre, which has domestic and international productions and there are a number of galleries that display the works of locals and international artists. Unfortunately this neighbourhood isn’t blessed with a wide variety of bars and restaurants and the hotels are mid-range at best, so don’t expect any five-star hotels.