WHERE TO STAY IN PATTAYA FOR TOURISTS 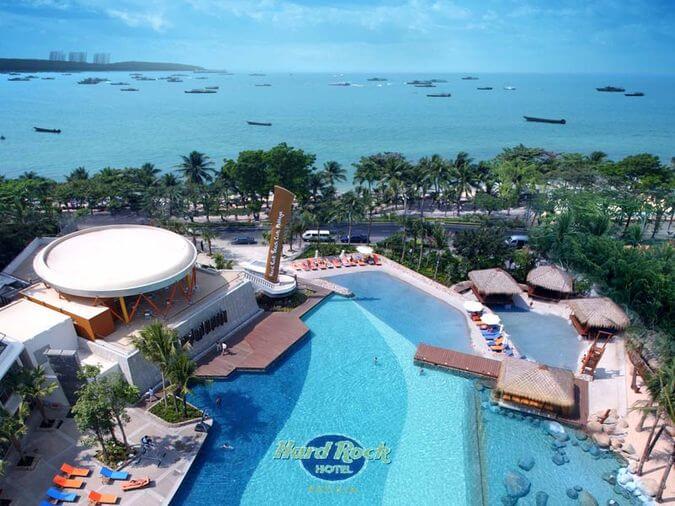 Where is the best place to stay in Pattaya?

If you’re wondering where to stay in Pattaya, the best area to stay is probably the beachfront area around Beach Road.

Here, you’ll be close to the beautiful beach as well as all of the exciting bars and restaurants that are popular with tourists. You’ll also find plenty of shopping within walking distance, at places like Mike Shopping Mall, as well as the Art in Paradise art museum. Walking Street with it’s clubs and bars is nearby too. Transport in this area is plentiful, with many pick up vehicles known as Baht Buses available to take tourists to the nearby sights.

Pattaya is a beach resort on the Gulf of Thailand where you can enjoy relaxing on the white sandy beaches or the many water sports on offer. To escape the hustle and bustle of the resort’s buzzing nightlife, pay a visit to the Sanctuary of Truth (Prasat Sut Ja-Tum), an ornately carved Buddhist temple. Or, take a stroll around the beautiful Nong Nooch Tropical Botanical Garden where there’s a cultural show with an elephant. Make sure you go to see the giant golden statue of the Big Buddha which towers over the resort, and visit the Pattaya floating market for a cultural experience.

Beach Road, the best area to stay in Pattaya 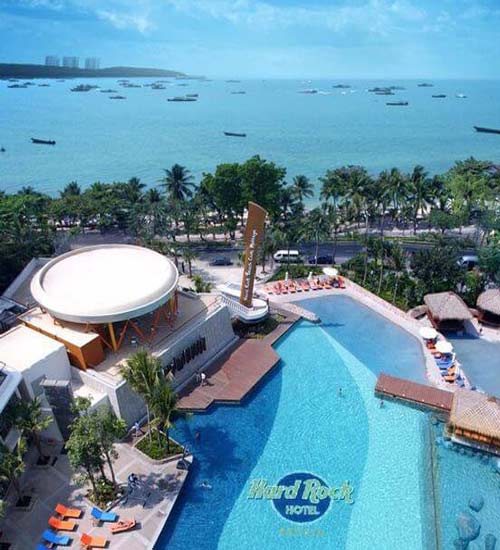 This area is one of the most sought after places as a tourist and as a local as there is a lot to see and do in the neighbourhood. Firstly, it is full of life wherever you are along the road as there is always something going on from street performers like magicians, musicians, artists as well as concerts, art exhibitions, comedy stand ups and much more. The Beach Road area is by far one of the safest areas of the city and has excellent links to other parts of Pattaya as well as the airport.

One of the first things to see is Pattaya Beach, which is bordered by Beach Road and runs the entire length of the city centre with many restaurants, hotels, shops, bars and nightclubs that face over the beach. Many of the bars and pubs have live music of some format as well as karaoke and discos, which are blared out onto the oncoming tourists and locals. There are also numerous Thai boxing arenas that are dotted along the beachfront and is an exciting thing to see and there is usually a fight or two happening most nights.

This neighbourhood can be exceptionally busy at peak times though is just generally a busy area and this is the same for the beach, which has clean sands and is OK to swim in as well as do some water sports like jet skiing, banana boating, fishing, diving, snorkelling, windsurfing and many other activities too. For the price of a cheap taxi, you can easily get too other beaches, which are quieter and are better for swimming in. There is also the Chaloemphrakiat Park, which contains a 6 acre lush green area that was dedicated to celebrate the King’s 60th birthday back in 1988 and is where you can get some of the most scenic views of the city as well as explore the magnificent species of flowers and plants that are located here.

Other things to see and do in the area include the Anek Kuson Sala, which is an art gallery that consists of famous Chinese art and architecture, which was also built to celebrate the King’s birthday and there are displays of various antiques to do with China like terra-cotta soldiers and horses, ancient paintings, pottery and even an emperor’s golden throne. There are also a decent amount of art galleries that promote local, regional and national art work that has been produced by Thai artists and for the kids, try Ripley’s Believe It or Not museum, which is bound to bring out the kid in the parents too.

Just to the south of Beach Road is Walking Street, which carries along the same street that is parallel to the beach, though this stretch of the road is incredibly hard to miss because the area is lit up with numerous coloured neon lights. This area, like beach Road, also attracts large numbers of tourists as there are various cuisines to try like seafood, Asian, American, Thai and lots more as well as different themed bars, music venues and nightclubs.

There are bowling alleys, cinemas, theatres, paintball parks, skate parks, shooting ranges, golf ranges and video game centres as well as one of the funniest and popular attractions in the area, which is Katoey Cabaret, where transvestites put on harmless shows and a famous venue is Alcazar Cabaret. You are spoilt for choice with shopping as there are lots of shopping malls, markets, supermarkets and countless amounts of single shops, though a lot of them will sell you the same thing. Head to Central Festival, Mike Shopping Mall or the Royal Garden Plaza, which have a wide range of places that sell top end designer clothes to inexpensive souvenirs with the guarantee that whatever you were after, you are sure to find it at one of these malls.

The malls have excellent food courts but try one of the many restaurants that are found looking over the sea, which offer a great variety of cuisines from Thai, European, Chinese, Japanese, Indian and lots of other. As said previously there are so many bars and nightclubs and this is what the place is world-renown for and there will be a fair few that will tickly you’re fancy. No need to book a hostel or hotel as there are more than enough places to stay at, which range from the very basic of rooms to some of the most luxurious in the country.