WHERE TO STAY IN PERTH FOR TOURISTS 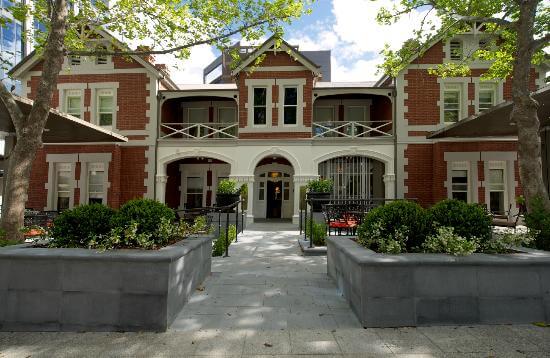 Where is the best place to stay in Perth?

The best place to stay in Perth is the Central Business District in the city centre, which surrounds the meandering Swan River and follows it to the sparkling and glittering Indian Ocean.

The centre of it all is the pedestrianised Forrest Place and all around it there are many things to see and do like art galleries, highly-praised museums, magnificent modern and historic architecture and lots of entertainment complexes. The area has mountains of shopping to do with markets and malls in abundance and there is a huge choice of food, drinks and accommodation that will cater for anyone’s needs.

One of the main appealing factors for tourists coming to the capital of Western Australia, Perth, is the mixture of Mediterranean and Californian climate as it has hot and dry summers and mild and warm winters. Perth receives the most hours of sunshine than any other Australian city, which has all the ingredients for a perfect holiday. It has some of the best beaches in the country where you will see wild dolphins, cultural and historical sites, some of the largest inner parks in the world and lots of excellent cuisines to try out as well as world-class wineries.

CBD, the best area to stay in Perth 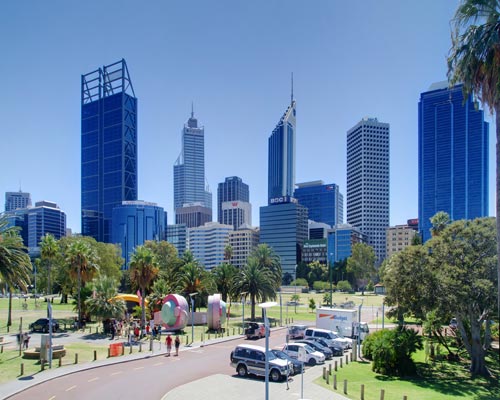 Perth is by no means a big city and certainly the CBD is very easy to get around on foot, which means you can pretty much cut out any expensive journeys.

Possibly one of the best ways to start your journey of the CBD is by heading straight to Kings Park as it has fabulous views overlooking the city and from here you can understand where most attractions are including the Swan River and its surroundings. Kings Park itself is a large park, which is great for a picnic or a romantic glass of wine and also hosts the striking War Memorial and Flame of Remembrance, which commemorates those who dies in the previous World Wars. For some more history head to Barracks Archway, which is one of the city’s most impressive and significant landmarks and is a memorial that is dedicated to the earliest settlers in 1866.

The Perth Mint is an award-winning tourist attraction, which is one of the oldest mints in the world and even today still makes coins and gold and you can see this as it happens. You can also buy as well as sell gold, jewellery among other souvenirs and there are hourly gold pouring demonstrations, which you can have a go at. The Perth Bell Tower offers extreme beauty in the sight of a towering glass spire and is found down by the Swan River.

It was given as a present from London to the people of Perth and is one of the most iconic and unique sites in Perth, which is mainly used for weddings, dinners, birthday parties and other functions but there is also an observation deck that is open to the public. Perth Cultural Centre is home to the Western Australian Museum, Art Gallery of Western Australia and Perth Institute of Contemporary Arts. The museum holds a magnificent collection of social and natural history from the region as well as elsewhere in the country with various topics on birds, marine wildlife, minerals and the Megamouth Shark is well worth a visit.

The Perth Institute has exhibitions from contemporary local and international artists and the Art Gallery has various spaces on Indigenous art and design as well as some of the most popular and famous pieces of work that have been produced by Australian artists. For entertainment values, check out the Burswood Entertainment Complex, which is home to a casino as well as a theatre and has a 20,000 capacity arena that is regularly used for concerts and sport tournaments.

There are also a good number of restaurants, bars and clubs in the complex and is a popular night time spot. For shopping, the best places are King Street, which has many upmarket shops like Gucci and Louis Vuitton but if you want cheaper stores then it’s best to head to Murray Street mall, which is the main shopping area of the city.

Murray Street is also the best area to go to for restaurants and drinks due to the amount of places that you can select from. Here you will find Asian, European, American and many other cuisines as well as decent sport and music venues for drinking at. There are plenty of accommodation options in the centre but for the views, either check out Adelaide Terrace or Mounts Bay Rd.

Other neighborhoods to stay in Perth 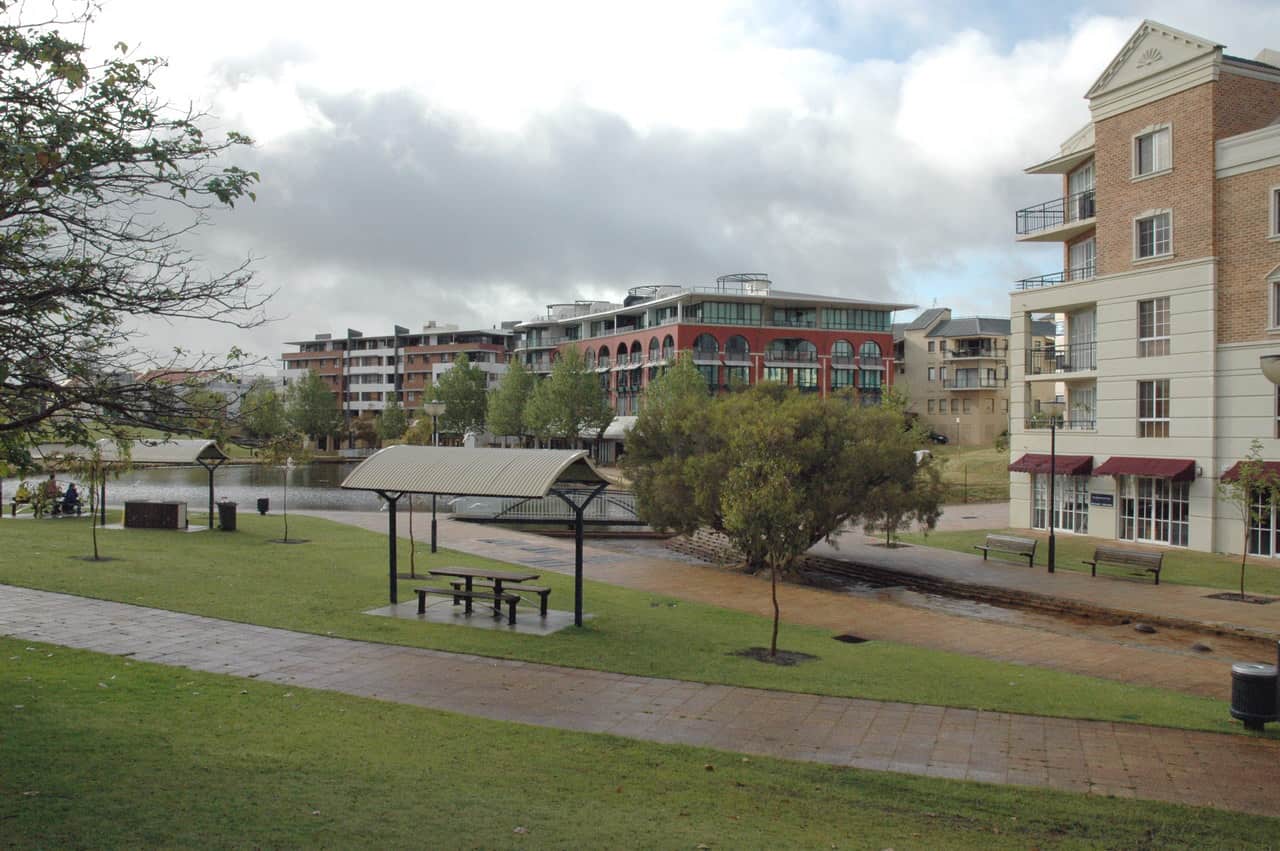 East Perth is a wonderful suburb of Perth and a great place to stay as there is so much going on! The water front area is very relaxing as it has chic bars and excellent seafood restaurants coupled with great views. If you fancy being active, there are good walking and cycling trails along the banks of the Swan river and for relaxing, there are great open green spaces including Queens Gardens and Wellington Square.

If you fancy exploring inland, there are the historic centres of Guildford and Midland and the dramatic Wave Rock that looks just like a huge ocean wave. Other options include joining a wine, beer and chocolate tour, relaxing on a Swan River boat tour or spending a night under the stars on a stargazing tour. You can enjoy the thrill of quad biking or a romantic moonlight cruise with dinner on the Swan River. 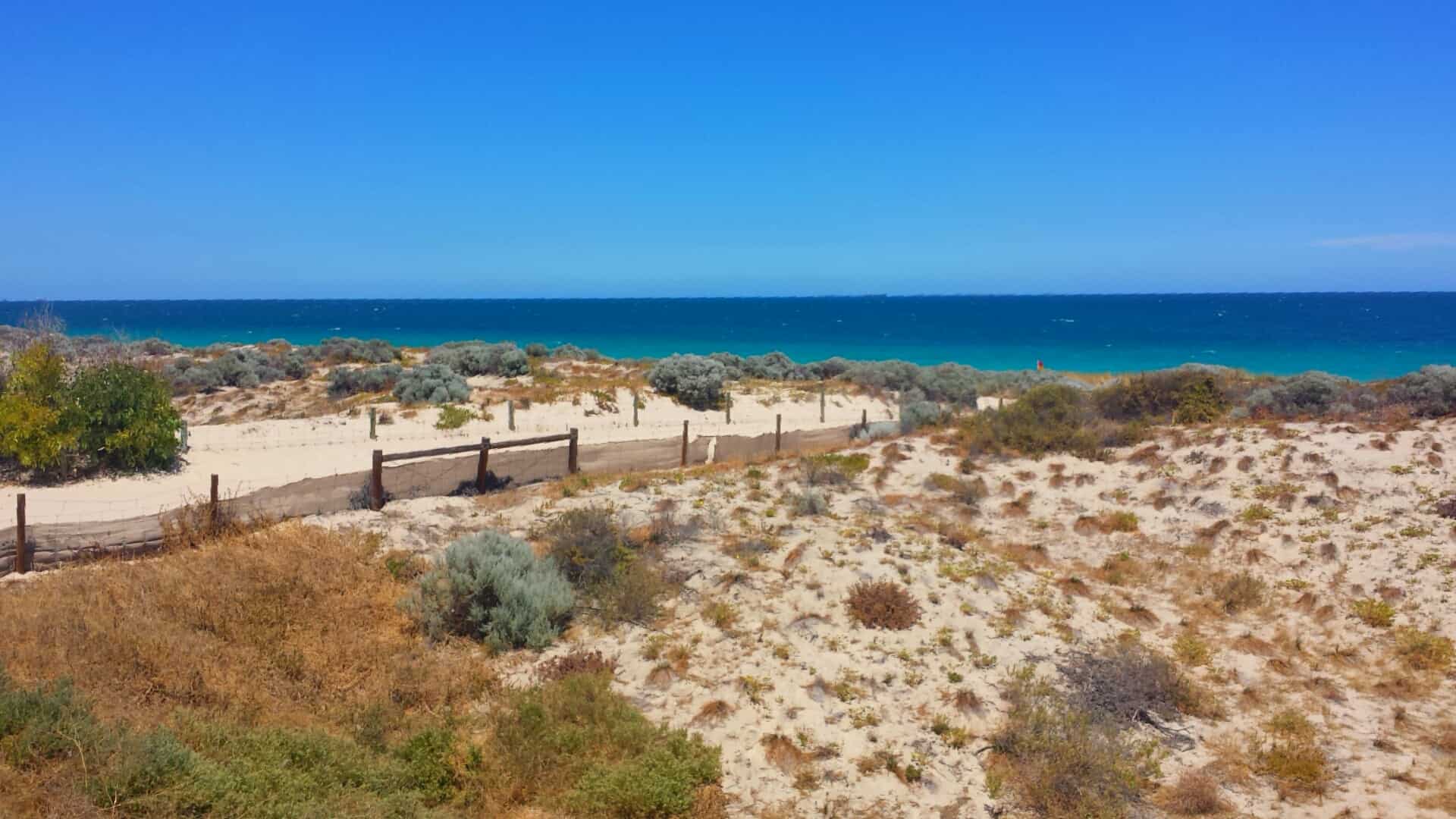 If you enjoy water sports, Scarborough is the perfect place for you to stay! There are long stretches of gorgeous white sands and the perfect surf for surfers, kite boarders, body boarders and wind surfers- especially in the afternoons when the onshore breeze picks up. Even if you are not into these water sports, the coastline is impressive, because as well as lovely white beaches and marshy areas, there are spectacular views over the North Atlantic Ocean and itis a great spot for sunbathing and swimming.

It is great for family fun too, as the beach is monitored by surf life savers. One of the great new attractions is the new Beach Pool which is the geothermally heated public pool that is world class- as is its recreation facility. Once the sun goes down, there is a distinct changein tempo and Scarborough beach becomes alive with restaurants, cafes and fun public barbecues. 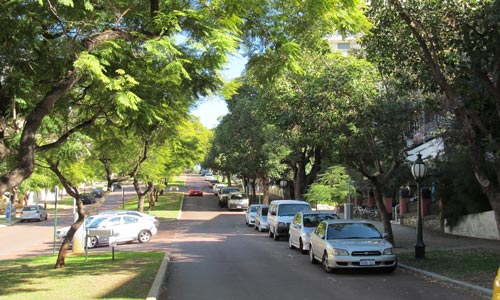 West Perth is predominately a professional’s and wealthy area, where a high proportion of miners, politicians and medical specialists live and work in the high-rise office buildings. The most notable things to see and do here include the Parliament House, which acts as the Parliament of Western Australia. The building itself is of Greek Revival architecture and was built in the late 19th century and guided tours can take you around it.

Other things to see are the original Perth Observatory and Solidarity Park, which is where a monument is dedicated to trade union workers that have died when involved in work. The shopping is the main crowd-puller for the area as you can choose between Hay Street, Harbour Town and City West complex with each of them having luxury shops as well as cheap goodies. However, for restaurants, pubs and hotels it is best to look at Hay Street. 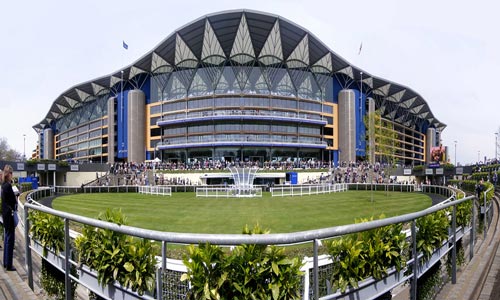 Ascot covers a narrow bit of land that is on the south side of the Swan River and is relatively close to the airport, which makes it a great place to stay if you arrive late or depart early as there are lots of places to stay at.

The neighbourhood got its name from the Ascot Racecourse, which is the main feature of the neighbourhood and is well worth finding out when the next event is on. Also, there are delightful river strolls and views to be seen and for a bit of shopping, dining and drinking, the most vibrant part is the area that surrounds Resolution Drive.