WHERE TO STAY IN PHNOM PENH 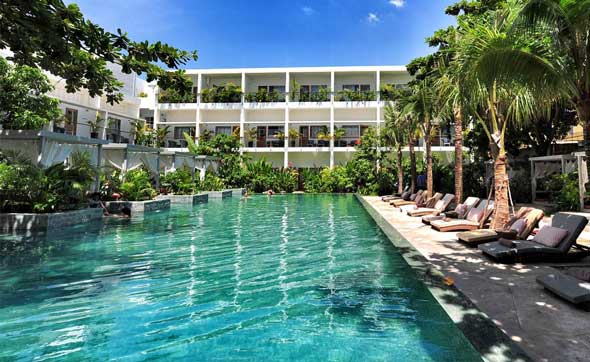 Where are the best places to stay in Phnom Penh?

The capital of Cambodia, Phnom Penh, is also the biggest city in the country as well as being the wealthiest and happens to be the commercial and political centre too. The city has been here since the 14th century and even though has been badly damaged by numerous wars as well as Phnom Penh’s population being forced out into the countryside to work under the barbaric Khmer Rouge in the 70s, the city today is as welcoming and pleasurable as any other. There are many hidden gems in the city including gorgeous temples, fascinating museums, vintage colonial buildings and vibrant nightlife.

The best areas to stay in Phnom Penh are Daun Penh and Chamkar Mon as these two areas have the most iconic and must-see tourist attractions in the city. This is also where you will find the Mekong River as well as the best nightlife in the city along with a vast amount of restaurants, which offer various cuisines. Along with the best restaurants, nightlife and attractions that Phnom Penh has to offer, you will also be spoilt for hotels and hostels due to there being plenty of them to pick from.

Daun Penh and Chamkar Mon, the best areas to stay in Phnom Penh 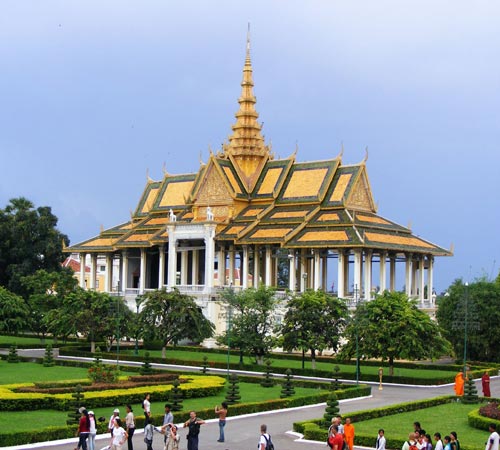 The Daun Penh is one of the liveliest and busiest neighbourhoods of the city, which straddles along the river, which makes it one of the most popular places to visit. A lot of tourists who arrive in Phnom Penh want to go straight to the waterfront and see the city from this position and this is a great way to start your sightseeing tour of the capital. The waterfront is known as Sisowath Quay and is an attractive promenade that is wonderfully accompanied by well-looked after gardens and trees as well as cafes, shops, bars and people trying to sell you tickets for shows and drinking establishments. It is usually quite busy and therefore it gets a carnival-like atmosphere, which brings much friendliness and fun times with it.

It is also possible to buy tickets along the promenade and go on river cruises, which give detailed information on the history of the city and is well worth a gander. Walking along the river from north to south will bring you to one of Phnom Penh’s main tourist attractions, which is the magnificent Royal Palace. The most outstanding things to see here are the Silver Pagoda and the Temple of the Emerald Buddha, which were built back in the 19th century and were a mix of French and Cambodian designs. There are guided tours around some of the palace, which will take you around the halls, gardens and some of the most glamorous rooms. Right by the palace is one of the most important museums in the country let alone city and this is the National Museum of Cambodia, which contains an excellent collection of art, statues and artefacts that were produced as early as the 12th century.

Most things are relevant to the past kings as well as various Hindu gods but there are all displays of work that have been completed from all over the country too. Close to this is one of the most important temples in the city, Wat Phnom, though the “Hill Temple” isn’t particularly appreciated for its looks, it is more for its historical importance as it is one of the oldest and most sacred places in the city. Daun Penh also has a good collection of French-colonial buildings and along the waterfront you will see the Grand Post Office building as well as other various offices that are housed in these colonial buildings. Another particular colonial building happens to house the Central Market, which is well set out and is where you can buy many products including jewellery, clothes, bikes, food and much more.

It couldn’t be simpler when thinking about where to go for food and drinks as the best, cheapest and widest range of both restaurants and pubs are found along the waterfront. You will find Western pubs and restaurants next to traditional Cambodian places and there are many other cuisines to check out along the way too. The same goes for hotels and hostels with the highest concentration being found in this area with some of the most amazing views of the city. 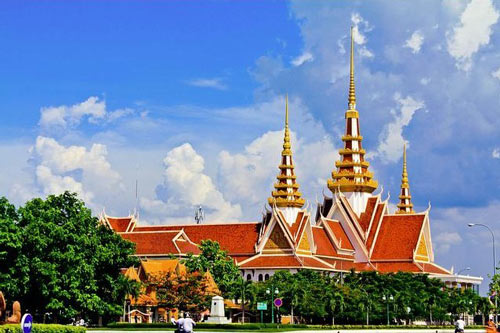 This area is just to the south of Daun Penh, which carries along down the river and is a little quieter here. Chamkar Mon is home to one of the most well-know prisons, S-21 Prison, which has now being turned into the Tuol Sleng Genocide Museum and is a must see for anyone interested in the history of Cambodia. This was the site where the leader of the Khmer Rouge, Pol Pot, ordered more than 14,000 people to be tortured and then sent out to the Killing Fields outside of the city to face their death.

Unbelievably only 8 survived this tragic time with some ex-prisoners making an appearance now and then with the prison fully opened up for you to walk around the various torture rooms, prison cells and the mugshots of the people who lost their lives. Other things to see include the Independence memorials after the departure of the French in 1953 and Aeon Mal, which is the biggest western-style shopping centre in the city. Again it is easy to find the best accommodation, pubs and food as the majority of it is found on Samdach Sothearos Boulevard.

Other areas to stay in Phnom Penh 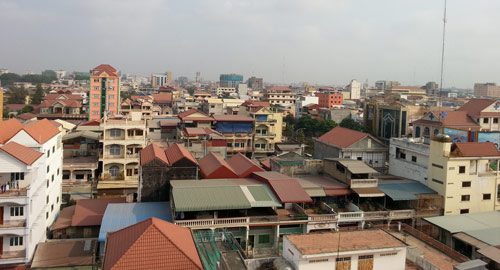 Just behind both Chamkar Mon and Daun Penh is the Tuol Kouk district, which is a vibrant neighbourhood and is well-known for its cafes that sit on almost every corner and cheap hotels and hostels, which make it a great place to stay if on a budget. You will also find a few markets like the Russian Market, where you will find real designer clothes as well as food, jewellery and electronics. There are many traditional restaurants and pubs and is a good cheap option for people on a budget, which is still walking distance from the main areas of the city. 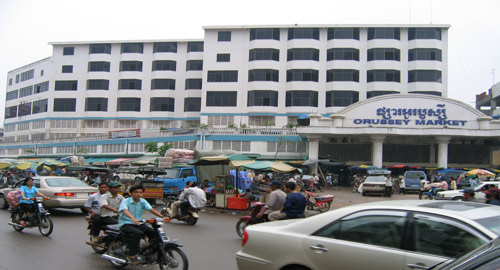 This small little area is home to an array of restaurants that offer anything from Japanese to American meals as well as a great selection of hotels and hostels that appeal to all tourists. Prampir Makara is a perfect place to stay in due to the location with the waterfront close by and the Royal Palace in walking distance. There are also various small markets that sell food, clothes and souvenirs and the district is home to the Olympic Stadium, which was never really used due to the 1960s Asian Games being cancelled, though it does get used for events.