WHERE TO STAY IN YANGON, MYANMAR 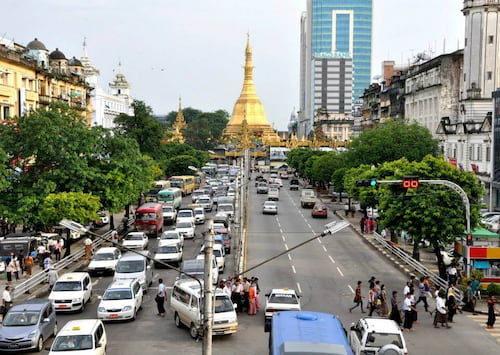 Where is the best place to stay in Yangon?

Yangon, formerly Rangoon and previous capital of Myanmar (Burma), is the capital of the Yangon Province. Chaotic, diverse and intoxicating, this dynamic metropolis does not fall easily into one category. A fusion of Burmese, British, Chinese and Indian influences, it is a repository of ancient temples, splendid colonial buildings, faded edifices and modern high-rises. Straddling the river Yangon (Hlaing River), the city skyline is illustrated by spectacular sights, Buddha temples, pagodas and age-old colonial buildings, all of which are presided by the shimmering “winking wonder” Shwedagon Pagoda.

With all Yangon’s main highlights located in the centre of the city, the best area to stay in Yangon is Downtown Yangon. There is an endless choice of majestic historical buildings and important landmarks to visit, but if you only have time for one attraction, make sure it the glittering Schwedagon Pagoda. Embark on an aimless wonder and you will find pagodas and antiquated colonial buildings hiding around every corner. At the end of the day, Yangon’s riverfront is a gracious spot for a sunset stroll or riverside cruise.

Downtown Yangon, the best area to stay in Yangon 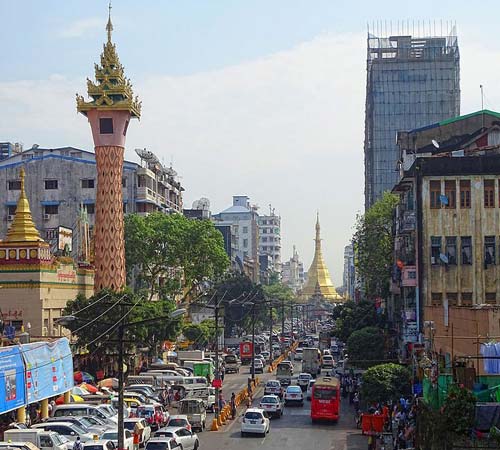 Most of the main sights, including the Shwedagon Pagoda, hotels, shopping and riverside area are centred around Downtown Yangon and walkable from each other, meaning that Downtown Yangon is the best area to stay in Yangon. Designed by British military engineers Alexander Fraser and Montgomerie after the Second Anglo-Burmese War in 1852, the city is shaped by its wide grid of streets and although many buildings were pummelled during the Second World War, you can still marvel at many of the colonial buildings and historical landmarks that are still intact.

The best place to dive into the city is at the Shwedagon Pagoda (shwe means gold in Burmese, and dagon is the name of the era from when it was built). Perched on top of Singuttara Hill the “winking wonder” as it is known, and Buddhist temple, is carved out of solid gold and encrusted with precious diamonds, rubies and sapphires. The temple dates back over 2500 years and attracts pilgrims from all four corners of the globe. An architectural masterpiece, the structure’s centrepiece is four Buddhas who have reached enlightenment. If you are staying in Yangon in February or March you will experience the Shwedagon Pagoda Festival.

At the city’s core, lies the Sule Pagoda, said to date back even further than the Shwedagon Pagoda and believed to contain a hair of Buddha. Venture along the riverfront to visit the cherished Botataung Pagoda, a treasure of the city and also alleged to accommodate a strand of Buddha’s hair. Yangon’s colonial past is evident all over the Downtown Yangon neighbourhood. The crumbling Pegu Club is a wonderfully atmospheric relic of a bygone era that hosted the likes of Rudyard Kipling and George Orwell. Yangon Central Station railway station is a good example of Burmese post-colonial architecture and where you can board the Yangon Circular Railway passenger train to experience bona fide local life in Yangon.

There are a number of holy temples, mosques, churches and synagogues dotted about Downtown Yangon, that reflect Yangon’s cultural diversity. A stroll along the river is one of Yangon’s highlights, and during your stay is well worth hopping on a river cruise at sunset or taking a boat over to the iridescent markets of Dala.

Yangon is also known for its production of textiles, handicrafts, precious gem production and jewellery and you can rub shoulders with locals at the immense Bogyoke Aung San market and the Theingyi Zay market.

Other areas to stay in Yangon 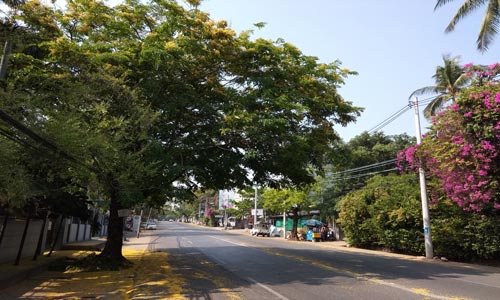 After the densely populated and erratic Downtown Yangon, the neighbourhood of Bahan offers a genteel calm. Bahan Township is Yangon’s most prosperous area located in the north central area of Yangon on the banks of the artificial lake, Kandawgyi Lake (literally translated as Great Royal Lake). Peppered with hip bars, cafes and galleries, this area is also home to Myanmar’s elite including celebrities, business tycoons and wealthy expats, earning it the title “Golden Valley”.

Kandawgyi Lake was created during British colonial times and is surrounded by the Kandawgyi Nature Park, and Yangon Zoological Gardens. Along the banks of the lake you will also discover Karaweik Hall, a three-floor building gilded with gold that from a distance looks like a huge golden barge floating on the lake. A regular calendar of Burmese shows entertains while visitors can enjoy a Chinese, Burmese and Western-style buffet. There are also regular exhibitions showing Burmese arts and handicrafts. Furthermore, Bahan Township is a great place for any foodies to stay, where you can feast on local and international fare. From classic street food establishments to top-notch restaurants, there is a profusion of culinary options that will suit all tastes. 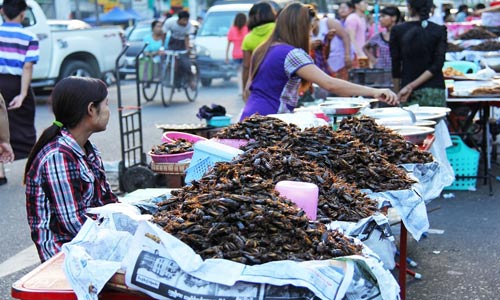 Chinatown is an area that resides along the west of the Sule Pagoda, draped across the 24th, 23rd, 22nd, 20th, 19th and 18th Streets and Bo Ywe, Latha and Sint Oh Dan Roads. This is the most vibrant area of the city (as well as the most chaotic and busy) and is within walking distance of all the main attractions in Downtown, as well as having its own Chinese temples, so it's a good place to stay.

The Guang Dong Kwan Yin Temple, located between the busy Latha and 20th Streets, was built by the Chinese overseas community and established towards the end of the 19th century. Throughout the day and into the night, Chinatown is a clattering maze of steaming food stalls and eateries, jewellery stores, cyber cafés and markets. Choose one of the neighbourhood's many restaurants with street side seating to really soak up the atmosphere of this extraordinary place.