WHERE TO STAY IN REYKJAVIK 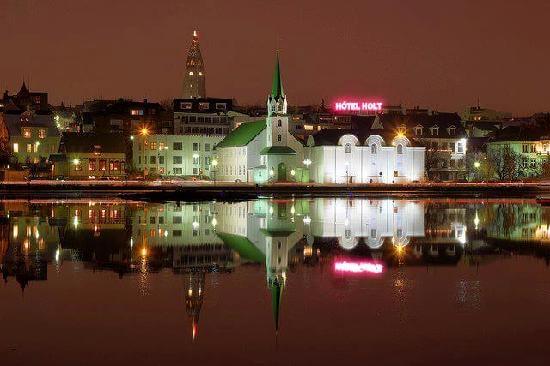 What is the best area to stay in Reykjavik?

The first word that tourists will use for the Icelandic capital city, which is the world’s northernmost capital city, is definitely ‘quirky’ and you can understand why. The city is pretty small but it makes it up in character and colour with the first and obvious pieces of evidence being the range of house colours. It feels like you have been shrunken into the world of miniature land with most things looking like they have been taken from a model and made life-sized. With Reykjavik being small in size, it means you can walk around all the main attractions easily, which is home to political and religious buildings, lovely open parks and a vast arrange of museums.

The best area to stay in Reykjavik is right in the city centre. In the city centre you will be staying in the main focal point with everything that you want to see and do being in extremely close proximity. The centre of the city is where you will find a great selection of museums, art galleries, architecture and the most vibrant nightlife with live music going on most evenings. Luckily, you will also be spoilt for choice in terms of hotels as this area has the highest concentration of accommodation.

City centre, the best area to stay in Reykjavik 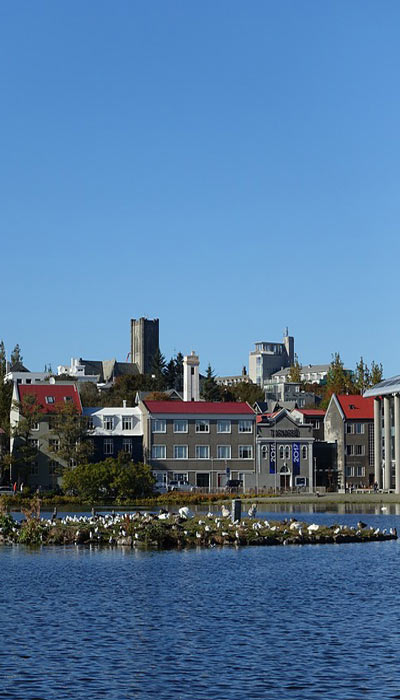 The city centre is famous for its amazing display of eccentric and colourful houses, which is said to have been influenced the Canadian cities on the east side and certainly makes up for the lack of grand buildings and provides visitors with a fun and unique wander around.

One of the most iconic buildings in Reykjavik is the Hallgrimskirkja, which is found right in the centre, though it can be hardly missed as it is set upon a hill overlooking the city. It is also the tallest church in the city and stands at 75 metres and is one of only a few expressionist buildings in the capital. The tower next to it offers the most extraordinary views of the city but there is a small price to pay, though is well worth it.

Other fabulous buildings to see include the parliament building which is open to the public and is where you can watch and follow debates. Close to the parliament is the city’s cathedral, which sits beside it and although just a shadow in the face of Hallgrimskirkja, it is still a beautiful 18th century building.

Another fine example of 20th century architecture is the City Hall, which is built on a small lake in the centre of the city called ‘the Pond’ and the ground floor of the hall is open to the public. The Pond is more or less a park called the Music Pavilion park, which is a great place to hang out in the summer when there are various concerts and festivals on. The other city parks include Austurvollur and Klambratun with Austurvollur being smaller and has a lot of cafes found by it and Klambratan hosts events as well as the Reykjavik Art Museum.

The art museum is home to a collection of Iceland’s most celebrated artist, Johannes Kjarval, as well as other various artists from the country. Other museums to explore in the city centre are the Photography Museum, where you will see many superb photos that have been taken all around the country and the National Museum of Iceland has a huge collection of artefacts from Iceland’s history.

The National Gallery of Iceland is also found in the centre, which houses an extensive collection of works from various 19th and 20th century Icelandic artists as well as some particularly famous international artists like Munch and Picasso. Other things to do in the city include visiting one of the many outdoor and indoor geothermal swimming pools that also offer a handful of baths and saunas and the oldest and most impressive one is Vesturbaejarlaug.

The city centre is also home to many theatres with the Harpa hosting the Icelandic Symphony Orchestra and the National Theatre and City Theatre putting on local and international plays and productions. Nordic House is another venue that hosts a lot of events like art exhibitions, concerts and comedy shows, with things going on throughout the week.

There are also fun things for the kids to do and the Domestic Zoo is a big hit, which promotes the interaction of humans and the domestic animals of the country but there are other non-domesticated animals to see too. For shopping, the best area to head to is Laugavegur, which is the main shopping bit of the city and has both Icelandic and international brands that sell a variety of items like clothing, electronics, jewellery, crafts, souvenirs, music and much more.

There are also markets that pop up usually at the weekend around the centre with many stalls selling traditional foods and materials as well as unique souvenirs.

At night, you are spoilt for choice in terms of restaurants where there are many traditional Icelandic eateries that are dotted all around the centre of the city. There are many fish places as well as international cuisines like Indian, Italian and South American, which generally start in the mid range price bracket. There are pubs, bars and nightclubs galore in the city, which is very famous for its nightlife as it knows how to party and there are many sports bars and traditional places to drink at that sell the local beer.

Many of the bars turn into nightclubs after midnight, which can be a surprise as all of a sudden these small places transform into huge venues and host international stars and bands. The city centre is full of hotels that range from low quality to high end places and can vary much in price, it’s always best to try and see the room before paying anything.

Vesturbær, the other place to stay in Reykjavik

Vestabær is one of the oldest neighbourhoods in Reykjavik and has a long history and is the most traditional of the eight districts with plenty of examples of traditional Icelandic architecture. Vesturbær is the perfect place to stay for nature lovers and it has a great selection of accommodation. Within the town there are lovely places to spend time relaxing including the busy working harbour and Landakotskirja- the beautiful neo-Gothic cathedral with its gleaming grey stone, beautiful coloured windows and soft candlelight. There are some great walks to do including the one to Skerjafjorour which offers spectacular views of the fjord and another to Aegis which also has fantastic views.

Vesturbæ is the perfect place to soak up the sheer natural beauty and because it is mainly residential it is lovely and quiet, although having said that, it has great bars, clubs and seafood restaurants.

There are plenty of things to see in close proximity to the neighbourhood and these include the Thingvellir National Park (a UNESCO World Heritage site), Strokkur - a geyser that erupts every few minutes sending a jet of water 30 meters and the dramatic Gullross waterfalls that tumble 32 metres into a canyon. There is also the Kerid volcanic crater and the Blue Lagoon. Between September and March there is the added bonus of seeing nature’s dramatic light show – the Aurora Borealis (Northern Lights).