WHERE TO STAY IN JODPHUR, INDIA 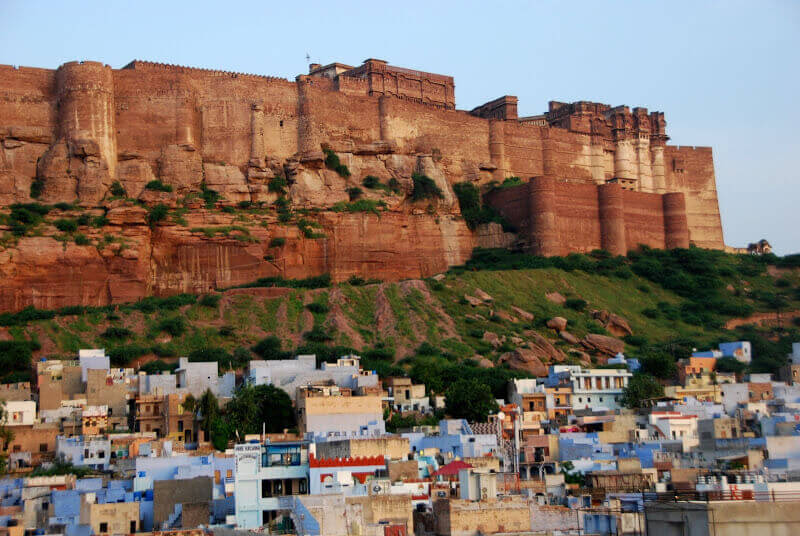 Best area to stay in Jodhpur

Between the Mehrangarh Fort and the Clock Tower, just next to the bazaars and market you will find the best place to stay in Jodhpur. Just 15 minutes from the airport, it offers striking and narrow streets, full of blue houses and warm people who greet visitors with a “Namaste”.

You can begin your tourist trail at the clock tower, which asides from exploring this, the most remarkable part is experiencing the social surroundings around it: with dozens of markets, a lively atmosphere, as well as being colourful and bustling. We recommend you spend some shopping time in the Blue Bohemian Antique shop and then head on to the Ali Baba House, where you can buy a bit of everything. Another attraction in the area worth visiting is the Toorji Ka Jhalra (Step Well), which boasts impressive architecture and over two hundred feet of hand carved treasure. Nearby you will find many restaurants and cafés, including Stepwell Café, a place to suit all the family.

Don´t miss out on a visit to the important Mehrangarh Fort, which first started being built in the XV century, and where you can find the sovereign palace, many temples and a large garden.

A little bit further out you will come across the Chamunda Mata, a small but beautiful temple where you can enjoy some impressive views over the blue city. You can then go on to visit the Jaswant Thada, a cenotaph located on the banks of a small lake. Just 6km away you will also find the beautiful Umaid Bhawan Palace. For shorter distances you can get around on foot, although you can also travel by tuc tuc, autorickshaw, or if you prefer, by taxi.

On the map, which shows the most convenient area to stay in Jodhpur, you can see a selection of some of the best located hotels.

Clock Tower, the best area to stay in Jodhpur 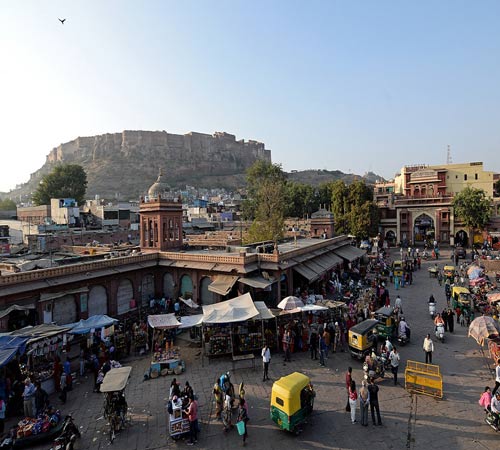 The Clock Tower, a century old landmark of Jodhpur, dominates the city with it’s traditional architecture and regality. Located in the city centre of Jodhpur, the area surrounding the Clock Tower, locally known as Ghantaghar, is the best area to stay in the city. The Clock Tower is enclosed by the Sardar Market, an area of narrow roads and twisting alleys with spicy smells, colorful sights, and lively sounds as vendors sell a wide variety of merchandise, including produce, artisanal crafts, spices and herbs, candies, and textiles. The area of the Clock Tower is captivating for all five senses.

The district of the Clock Tower is also within walking distance of one of the city’s most notable tourist attraction. A city of the Thar Desert, Jodhpur is a major destination of the Rajasthan region of India. Jodhpur draws visitors for its Mehrangarh Fort, one of India’s largest palaces, built in the 15th century. The ages old palace is now a museum housing some of the country’s most impressive weapons, artwork, furniture, and other cultural and historical artifacts. Mehrangarh Fort also offers sweeping views of the “Blue City” of Jodhpur from it’s elevated position on a ridge to the west. The Clock Tower is a 20 minute walk or 10 minute car ride to this key touristic attraction.

The Clock Tower neighbourhood’s central location is also accessible to the countless historical, religious, and cultural sights scattered throughout Jodhpur. It’s location is also ideal for travel, as it is only 10 minutes from Jodhpur Airport.

Other neighbourhoods to stay in Jodhpur 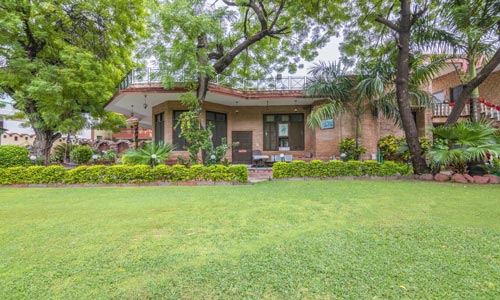 Just south of the famous Clock Tower (10 minutes by car), lies the Ratanada neighbourhood of Jodhpur. Ratanada houses several religious temples and historical landmarks, making it the best place to stay for those interested in learning more about local spirituality.

The Ganesh Temple Ratanada is a lovely location for a lesson in Hinduism, along with breathtaking views of the city and a meditative air. Other sights include the Sivanchi Gate, Siddheshwar Shiva Temple, Narayan Mantra Sadhana Vigyan, and Purani Luko Park. 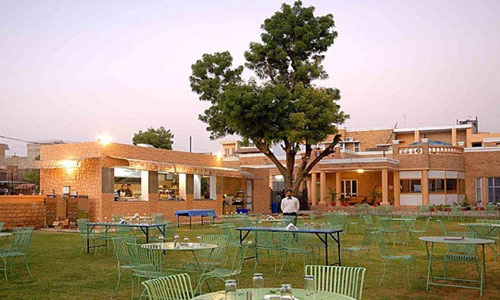 This is the best area to stay for transport, as it houses the Raikabag Palace Railway Junction and Paota Roadways Bus Stand - both of which bring travelers to other notable cities throughout India.